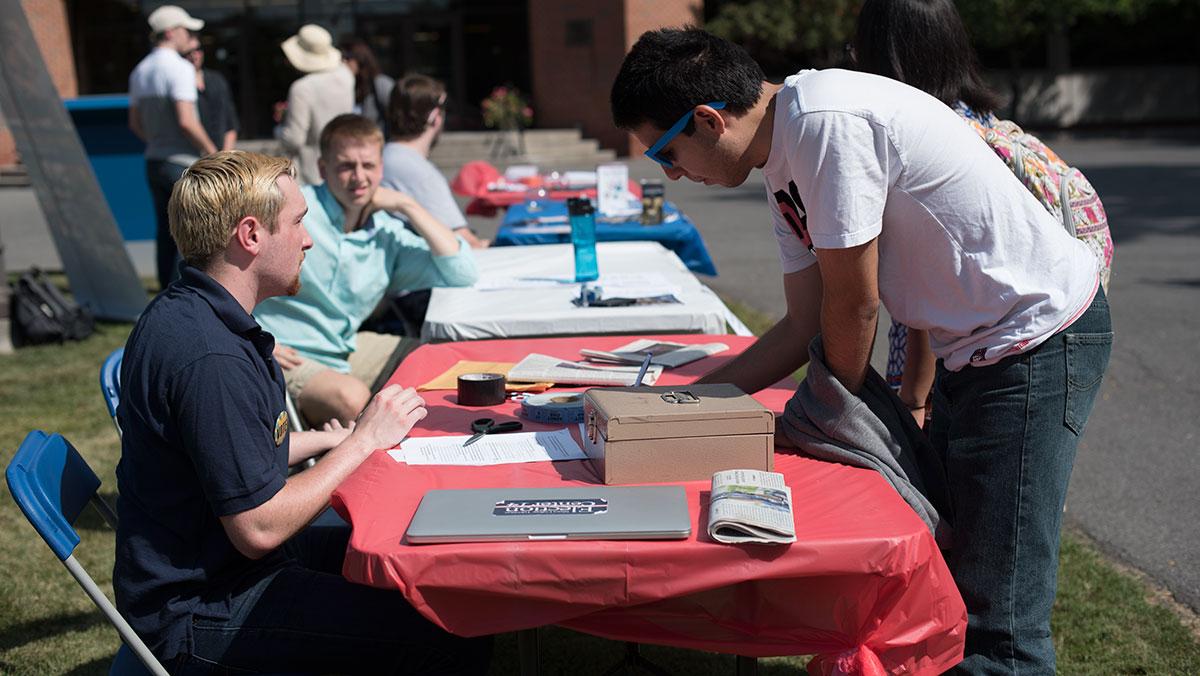 The first draft of a student bill of rights was released by the Ithaca College Student Government Association Sept. 17 and will be available for comment by the campus community for the duration of the first semester.

The student bill of rights, drafted by the SGA executive board, is largely based off a student rights forum the SGA held Sept. 4, senior Dominick Recckio, president of the SGA, said. However, only about 10 students not affiliated with the SGA attended that forum.

He said students at the college have the right to institutional participation in decision–making, but he said that is not exactly the same as the shared governance the student bill of rights envisions. Recckio said he has changed the language in the bill of rights regarding shared governance at the college to include the right of students to voting representation on institutional bodies that recommend new policies or revisions of existing ones.

The draft of the bill of rights was sent out to student leaders Sept. 17, Recckio said, and will be released to the campus community in an Intercom announcement Sept. 23. He said the document was also sent to Rory Rothman, associate provost for student life; Roger Richardson, associate provost for diversity, inclusion and engagement; Nancy Pringle, senior vice president and general counsel for the Division of Human and Legal Resources; and Terri Stewart, director of the Office of Public Safety and Emergency Management. The Google document containing the draft will remain a living document for the remainder of the first semester, Recckio said, and anyone in the campus community can submit comments.

Recckio emphasized the document is only a first draft of what he hopes eventually will be an entrenched addition to or reworking of the Student Conduct Code since he needs to do more research about the legality of the different sections.

“This is draft one, idea one,” Recckio said. “I just put [the rights] in there. I don’t understand the legal ramifications of each of these things.”

Recckio also mentioned giving students the right to help in the training of Public Safety officers as essential and a right that doesn’t currently exist, although he said he believes that is one of the rights the administration may push back on.

Another part of the draft Recckio said might draw the administration’s attention is giving students the right to hold a “safe and non-violent protest … without the use of force by officials associated with the college or otherwise.” The draft defines a safe protest as one where students do not block fire exits, don’t endanger innocent bystanders and respect students’ religious freedoms. If adopted, this right would represent a shift in the college’s current policy on student protests of allowing demonstrations as long as they don’t “disrupt the essential operation of the institution,” a phrase Recckio said is too vague.

Rothman said he is not in a position to comment on the contents of the first draft of the student bill of rights. Rothman said the administration is receptive to students’ preferences on their rights and responsibilities.

Recckio said it is important the student bill of rights be student–driven and not only come from the SGA. As a result, the SGA sought student feedback Sept. 17 at its Constitution Day event. Sophomore Kyle Stewart, vice president of communications, said the SGA received some valuable critiques.

“One piece of feedback that we had was focusing on student accessibility services,” Stewart said. “That’s definitely an area that we need input from students who know more about that than we do.”
Recckio said he will go to different student organizations to get more feedback on the draft, which he said will be more effective than hosting forums that only a handful of students attend.