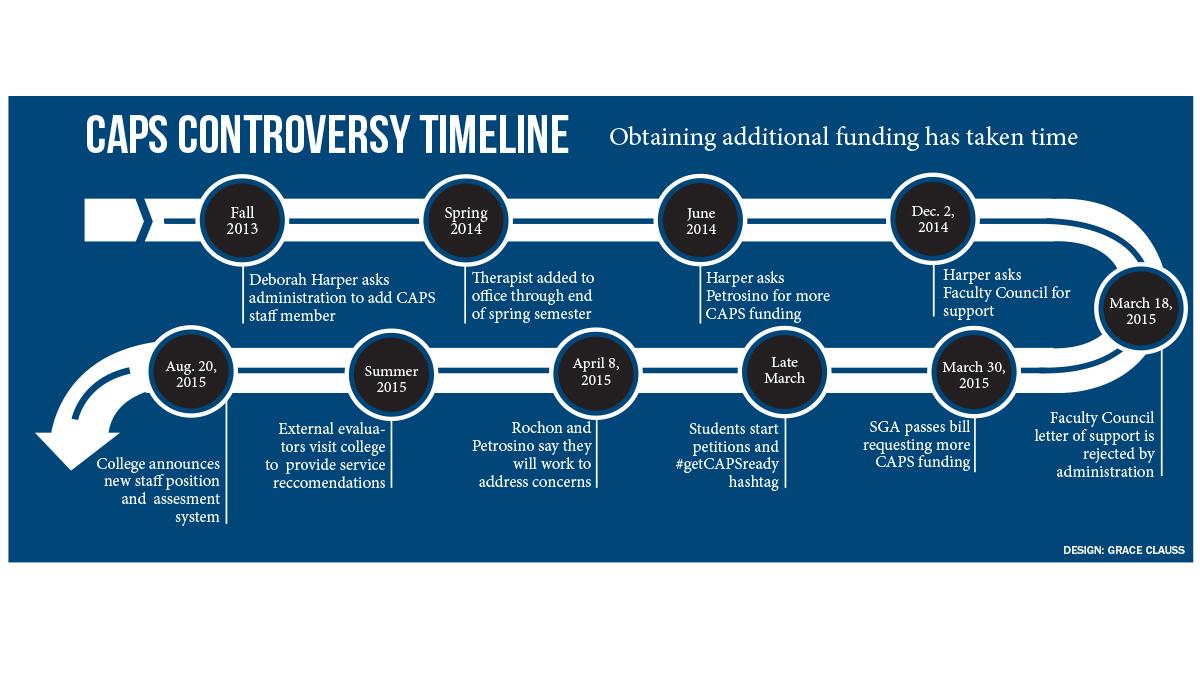 Ithaca College’s Center for Counseling and Psychological Services will be adding a staff member for the upcoming school year and instituting a new, telephone-based assessment system in response to last semester’s campus-wide discussion on CAPS funding.

The college posted an opening Aug. 12 for a post-doctorate resident who will work 37.5 hours a week and provide counseling and other services. According to the listing, the target start date for the position is Sept. 14, 2015, and the anticipated end date is May 31, 2016. Deborah Harper, the director of the Center for Counseling, Health and Wellness, said it is a permanent position with a new resident being hired each year.

Harper began requesting additional funding from the administration in Fall 2013 and asked the Faculty Council for its support in December 2014.  Harper said there had been a 74-percent increase in the demand for services in the past 10 years, and demand was so high some students would have to wait two weeks to receive service. After the request was denied, several campus groups put pressure on the administration to add funding, including the Faculty Council, Student Government Association and a group of students who organized the #getCAPSready campaign, which included members of the mental health club Active Minds. The administration said it would work over the summer to determine a solution that would increase available counseling hours.

“I really expect this will be helpful, but we’re going to monitor it to see how it plays out,” she said. “I’ve been really impressed that the faculty, staff and students really care about each other, and the students can get the services they need.”

The telephone screening will allow counselors to ensure students who need immediate help receive it, Harper said, and will allow CAPS to meet an expected high level of demand in a quicker and more thoughtful way.

“A lot of students don’t need to come in the door to get the resources they need,” she said.

According to the college’s announcement, the addition of the position comes as the result of recommendations by two evaluators with experience directing a college or university counseling center. The evaluators visited campus after reviewing materials provided by the college, including pieces published in The Ithacan, and met with several administrators, faculty and students. College spokesman Dave Maley said the college identified institutions with best practices in mental health services, and the two individuals agreed to serve as evaluators.

President Tom Rochon said the expert advice made it clear that the procedural change to the evaluation process and the additional position were necessary. It is very unusual to add a non-budgeted position after the budget for the year has been approved, Rochon said, but the campus-wide discussion had an impact.

“We’re always aware of the need for strong counseling services for student mental health. We really don’t need [the Student Government Association] or Faculty Council or anyone else to tell us that’s an important topic,” he said. “Perhaps the fairer thing to say is the strength of that expression of opinion caused us to reopen an already approved budget and find a way to fund a position which had not been foreseen.”

Kaitlin Logsdon, former SGA vice president of academic affairs, said she was one of three students who met with the evaluators over the summer.

“They were very good with including the student voice in the conversation,” she said. “Moving forward, I really feel like our ideas were heard.”

The current co-president of Active Minds, Claire Riley, said she was elated the community took a stand and the administration heard their voices.

“We hope that the community continues to recognize mental health as vital to its well-being, and that this is only the beginning of advancements in regards to addressing mental health at Ithaca College,” she said.

Jesse Rolfe, a co-president of Active Minds last semester and a member of the #getCAPSready campaign, said the hiring of the new staff position and the telephone-based assessment system would help provide the campus with the resources it deserves.
“It feels really nice [that] the administration hears student concerns,” he said. “It makes me proud to be an Ithacan that we can make change happen.”