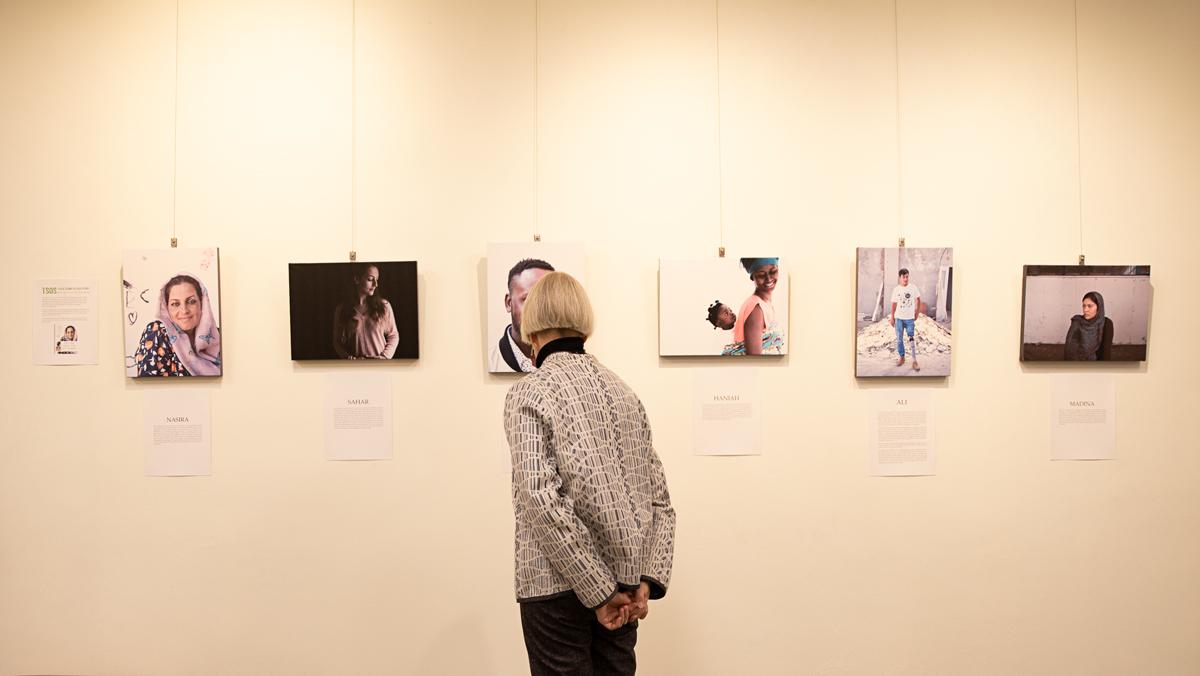 A blue poster with a drawing of a crying child hangs on the wall in the Community Arts Partnership (CAP) ArtSpace Gallery on The Commons. The poster simply states, “5,100 children in U.S. foster care due to the deportation of immigrant parents.” The art piece is part of an exhibition, “How Did We Get Here?,” organized by the People’s Pop-Up Project and hosted by the WEAVE Community, a local organization that creates programs to work toward a more inclusive and just society.

Students and professors from Ithaca College were invited to contribute artwork and curate stories for the exhibit. Neil Schill, a member of the WEAVE Community and an organizer of the People’s Pop-Up Project, said the exhibit is a social platform where the community can come together and hear individual stories of immigration and migration.

“The idea is to take a particularly relevant question or issue that everybody in our society essentially knows about or is dealing with in some way and show different perspectives through art,” Schill said. “Art is a wonderful mechanism to communicate the issue and personify it.”

The exhibition was curated in response to the Cornell University Herbert F. Johnson Museum of Art’s exhibition “how the light gets in” and features work from local community members. The Johnson exhibit is about the movement of people across the globe, and it presents post-9/11 artworks created by an international group of 58 artists, artist teams and collectives that address conditions of mobility, vulnerability and the loss of and yearning for home. 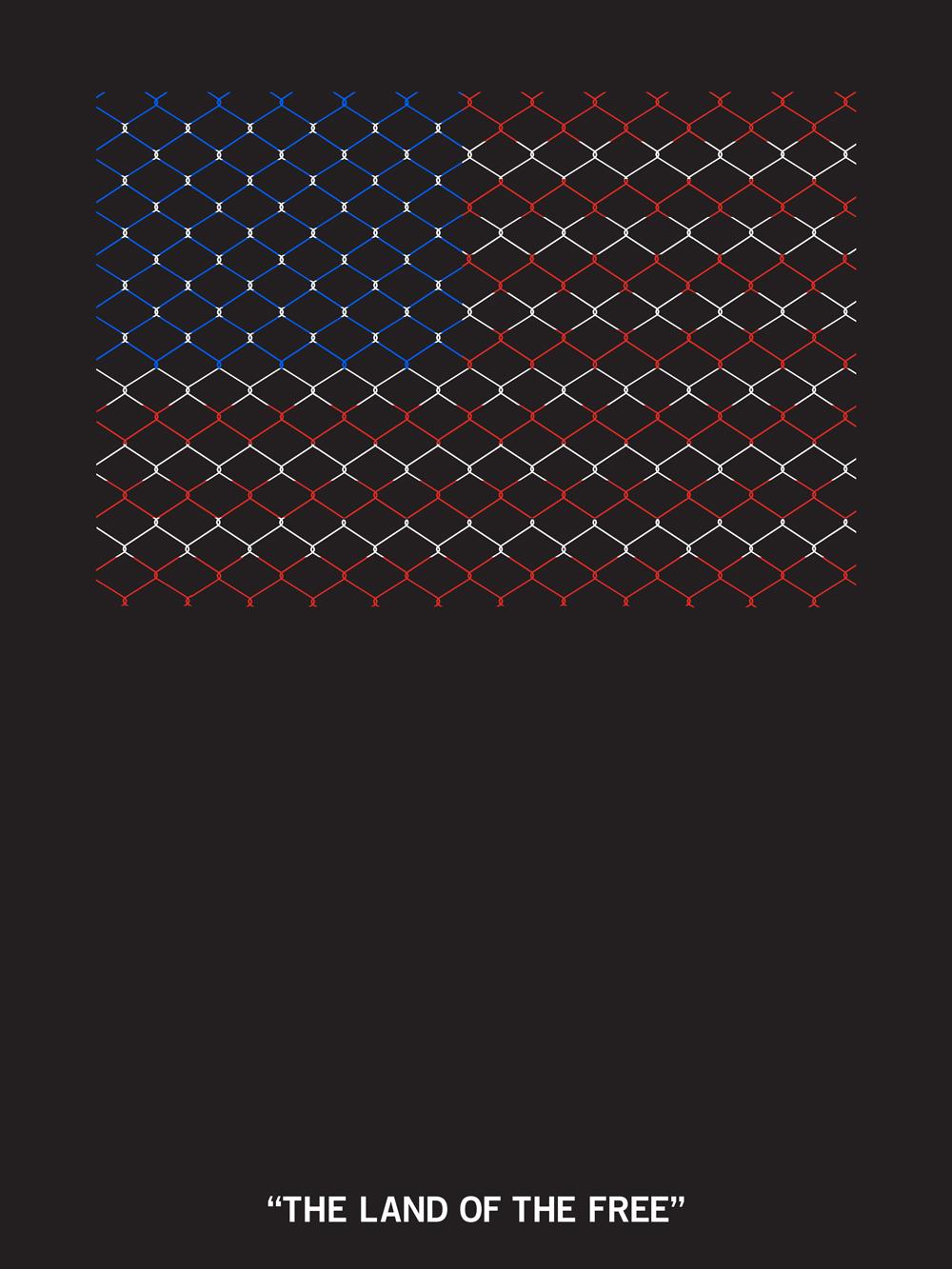 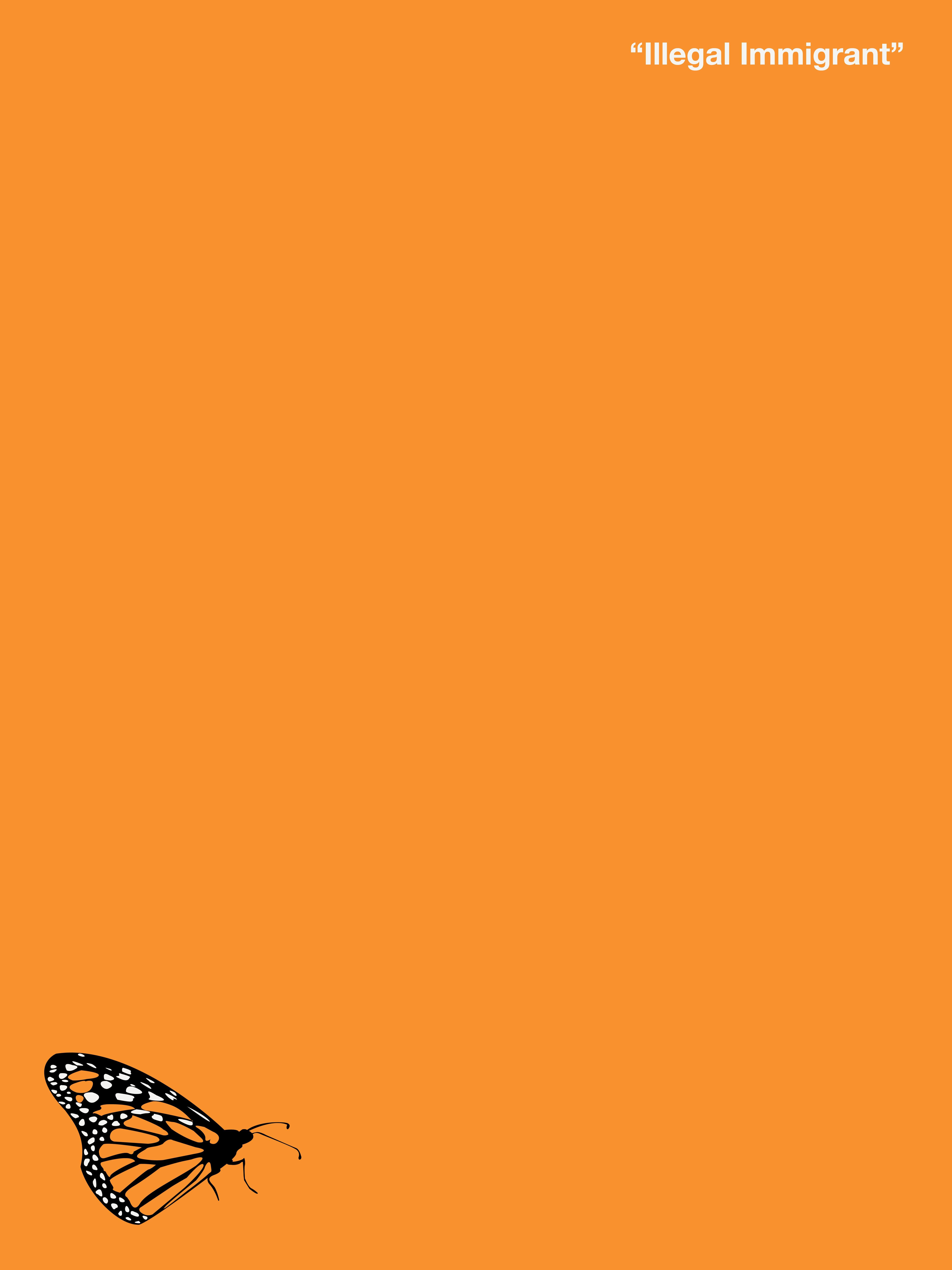 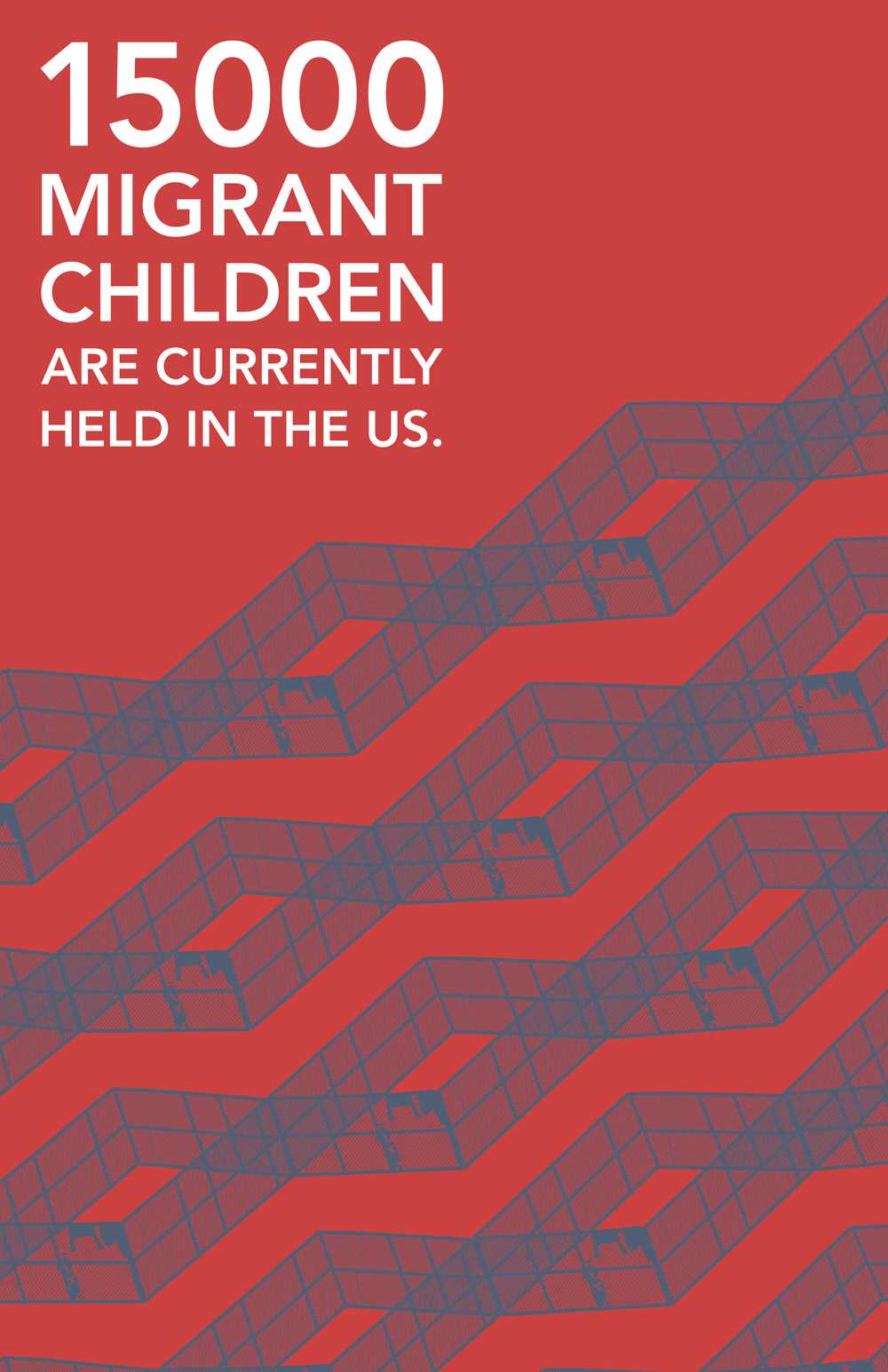 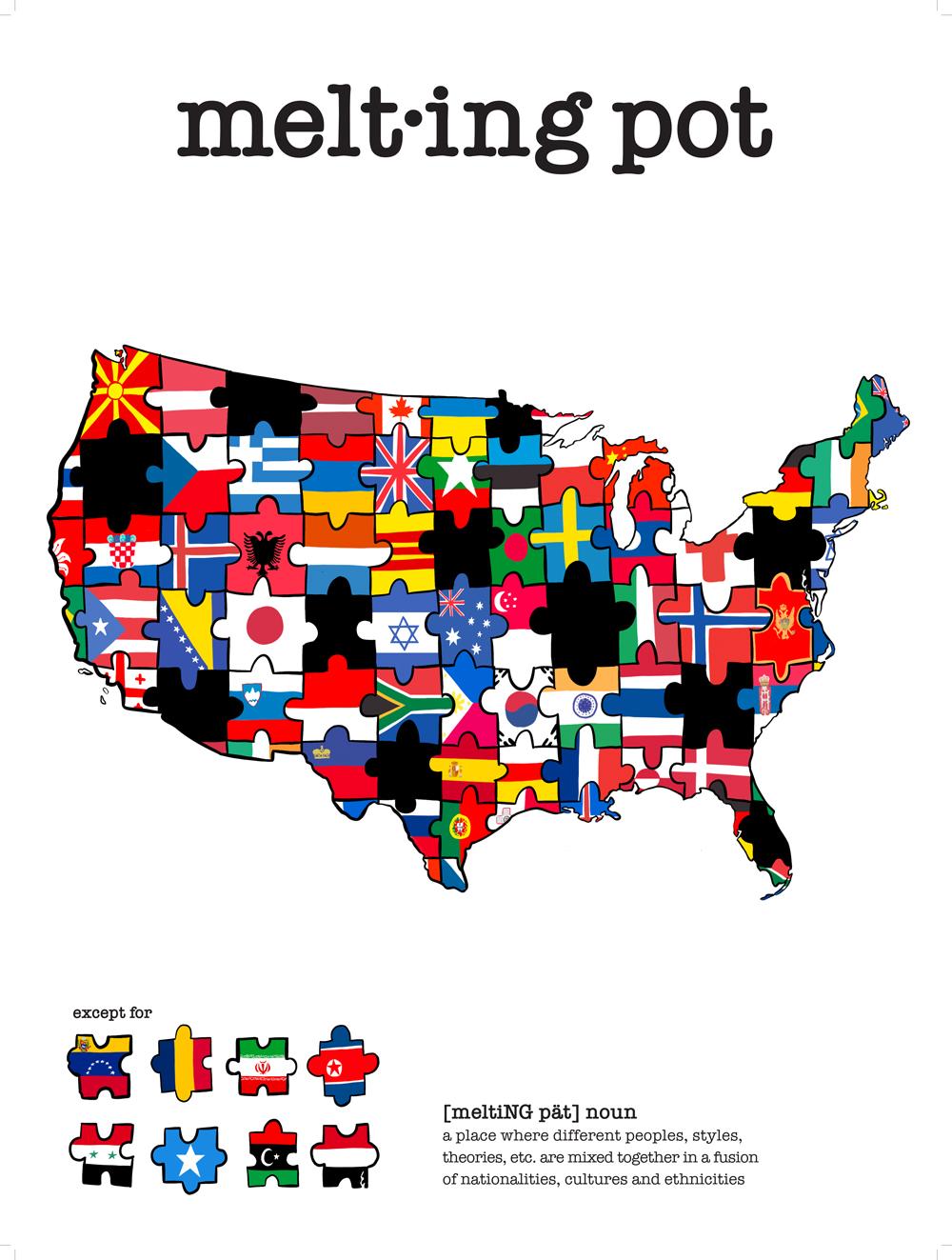 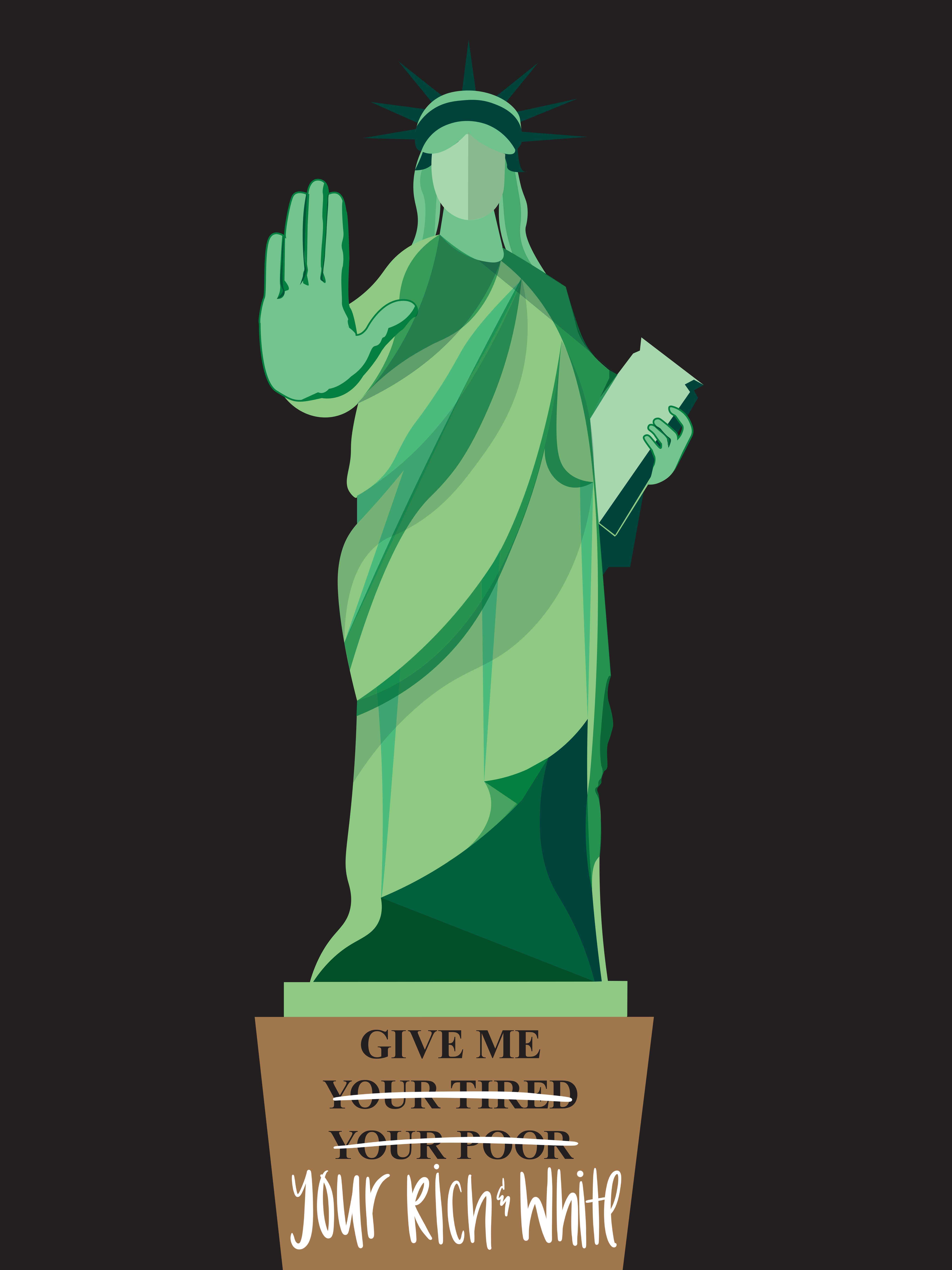 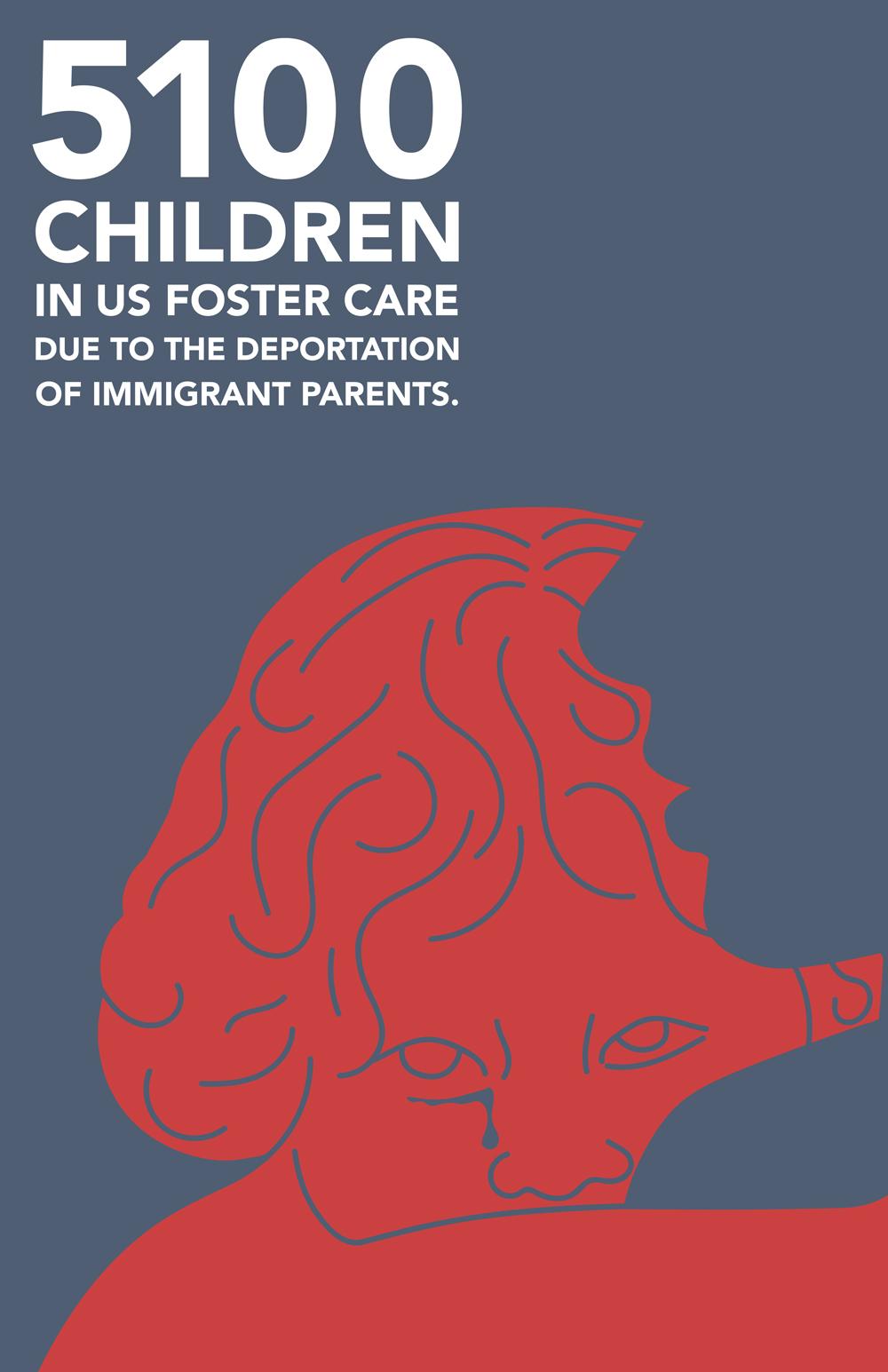 The “How Did We Get Here?” exhibit officially opened with the First Friday Gallery Night on Nov. 1. Visitors had the opportunity to view artwork created by Pedro X. Molina, visiting international scholar in the Honors Program and current Ithaca City of Asylum (ICOA) resident. In addition, there are posters created by five students from the Graphic Design II class at Ithaca College: seniors Jack Reilly, Nikkole Mora, Maya Lazar and Alianna Becerra and junior Jared Dobro. Paul Wilson, associate professor in the Department of Art History, also curated stories from the Their Story is Our Story (TSOS) project to be displayed in the gallery. TSOS is a nonprofit organization dedicated to collecting stories of refugees around the world and disseminating them.

Molina is a political cartoonist who fled Nicaragua after the Nicaraguan government began targeting government critics and took over Confidencial’s newsroom, where he worked, in December 2018. He is the first cartoonist and resident from Latin America to be hosted by the ICOA.

He created and curated over 15 political cartoons speaking to the issues immigrants and migrants tend to face, particularly in the U.S. One of his cartoons displayed President Donald Trump touching a border wall with a speech bubble that said, “5 billion dollars on the American taxpayer.” On the other side, a ladder leaned against the wall. A migrant points to the ladder with a speech bubble that said, “100 dólares en Amazon Prime.”

On the other side of the room are seven posters created by the students in the Graphic Design II class at the college.

Patti Capaldi, assistant professor in the Department of Art, said that after she took her students to see the exhibition “how the light gets in,” their prompt was to make a poster responding to the artwork they saw at the museum.

“I think the posters were very conceptually based,” Capaldi said. “[My students] are being citizen designers with this project. They are not making logos for some corporation or a poster for an event at a music venue. They’re doing posters to instigate thinking and thought processes around these important issues.”

One poster Dobro created was completely orange, except for a butterfly. It says “illegal immigrant” in the top right corner.

“I was really surprised by the use of natural imagery throughout the [‘how the light gets in’] exhibit,” he said. “A lot of people used birds or showed the ocean to symbolize people traveling, and so when thinking about it, I thought what a good symbol would be for immigration. I immediately thought of the butterfly because people think of it as beautiful, and it’s something I noticed that naturally immigrates.”

Dobro said he hopes his art can shift the public’s negative perception of immigration.

“I want people to take away that immigration and traveling places, migrating to places, is all part of life,” Dobro said. “It’s a natural process that everything goes through. It’s not something to fear. It’s something to be proud of.”

In addition to the political cartoons and posters, there are photographs and excerpts from the TSOS project. Wilson, who curated the stories, said they give a wide range of different types of refugee experiences.

“There are lots of reasons why people have to leave their homes and seek refuge somewhere else,” he said. “It can be anything from conflicts with the expectations of a culture or society, political violence, economic distress or lack of opportunities.”

Wilson said the stories aim to humanize an issue that has been dehumanized lately.

“Oftentimes when immigration or refugees are discussed — not just by President Trump, but by people in the U.S, people in Europe, journalists — they use words like ‘swarm of refugees,’ ‘hoards of refugees’ or a ‘tide of refugees or immigrants,’” Wilson said. “And all of those words, they dehumanize. It makes it sound like insects. When you dehumanize someone else, it makes it easier for you to then support policies that further dehumanize them.”

The “How Did We Get Here?” exhibit runs through Nov. 30. A number of other activities will be taking place as well, including speakers and discussions about migration. The next event will take place Nov. 9 at the CAP ArtSpace Gallery, where residents will share their migration stories in a conversation moderated by Raza Rumi, director of the Park Center for Independent Media.

Ithaca has taken steps to support immigrants. In 2017, the City of Ithaca officially declared itself a sanctuary city. In February 2019, locals protested the expansion of the Ithaca Tompkins Regional Airport because of the fear that the new customs inspection station could lead to more U.S. Immigration and Customs Enforcement raids in the area. Sue Chaffee, program director of the Immigrant Services Program (ISP) in Ithaca, said ISP typically assists approximately 200 immigrants per year by providing legal services and helping connect people with limited English proficiency and cultural barriers to resources in the Ithaca community.

In addition to using art to humanize the discussion of immigration and migration, the People’s Pop-Up Project hosted a panel Nov. 3 — called “A Sense of Home” — in which immigrants and migrants who came to Ithaca shared their individual experiences. The panel consisted of four people who moved to Ithaca either from another country or from another city: Khandikile Mvunga Sokoni, an attorney for True, Walsh & Sokoni, LLP; Tuuliki Tammi, a freelance writer; Elizabeth Demisse, executive vice president and director of Bridges Cornell Heights; and Chris Holmes, a writer, filmmaker and artist.

Aimée Lehmann, a local writer and moderator for the panel, said recent discussions around immigration have been very narrow and focused on walls and borders.

“We were trying to find a way to get back to humanizing this question,” Lehmann said. “One of the ways that we thought could do that was reaching out to talk to as many people and trying to get away from stereotypes and to delve into some of the more personal topics around immigration.”

Mvunga Sokoni said immigrants face struggles when they move to a new country. For instance, she explained the difference between having citizenship and having a green card is that a green card holder is not permitted to vote and can be deported.

“Getting a parking ticket is OK, but getting a traffic ticket, depending on what kind of ticket, you could get deported,” Mvunga Sokoni said. “Suddenly everything you’ve built here for 30 years, you could lose all that over something so simple.”

Tammi, who immigrated from Finland, said approximately a year after she moved to Ithaca, she took a walk along the Cascadilla Gorge Trail and came across graffiti on a wall.

Correction: A previous version of this article stated that Dobro’s piece says “legal immigrant.”  It has been corrected.