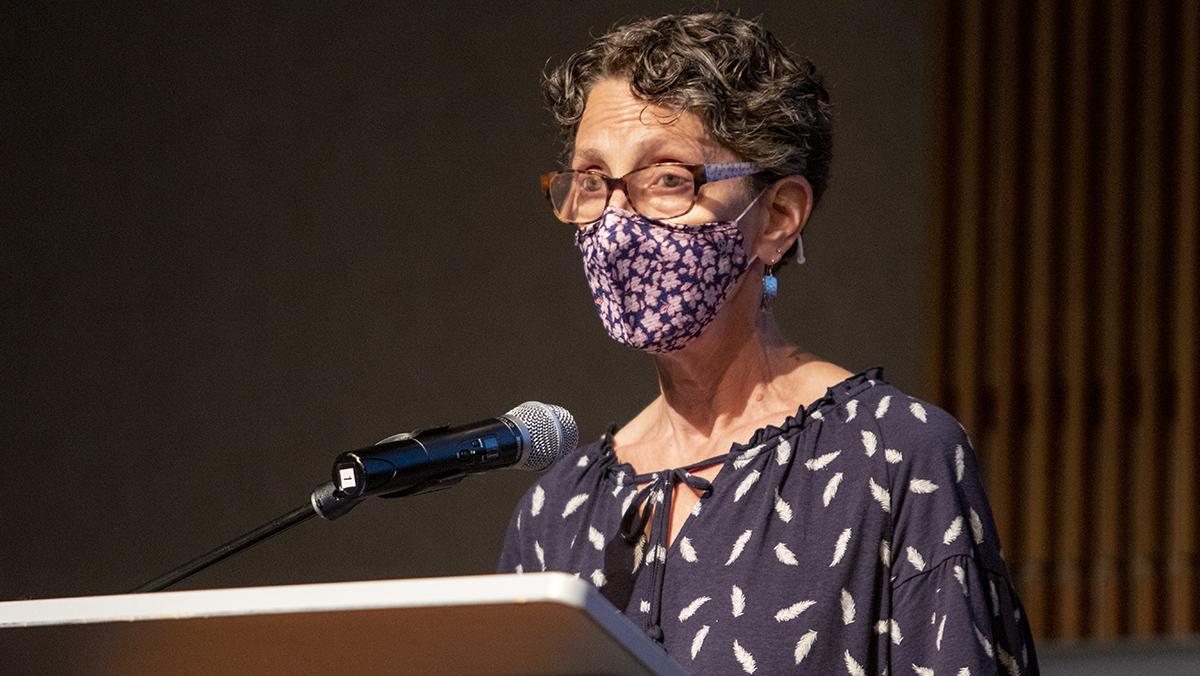 Ash Bailot/The Ithacan
Melanie Stein, former dean for the School of Humanities and Sciences, has been named provost of Ithaca College.
By Alexis Manore — Editor in Chief
Published: March 23, 2022

Ithaca College President La Jerne Cornish has named Melanie Stein, former dean for the School of Humanities and Sciences (H&S), as provost and senior vice president of Academic Affairs, and Stein has named Claire Gleitman, professor in the Department of English, as dean of the School of H&S.

Cornish announced the appointments to the campus community in a March 23 email. Both Stein and Gleitman have served in their roles since August 2021. Cornish, who was interim president from August 2021 to March 2022, was appointed as president of the college March 7. Cornish previously served as provost and senior vice president of Academic Affairs and later executive vice president. Cornish selected Stein to serve as dean of H&S in 2019, and she previously worked as dean of Academic Affairs at Trinity College in Hartford, Connecticut.

“I am confident that Ithaca College will benefit from [Stein’s] continued service on behalf of our faculty and our students,” Cornish said in the email. “Her experiences as an administrator, a scholar, and an educator in the classroom make her well-suited to lead the ongoing implementation of the Ithaca Forever strategic plan and to guide our academic community through the next phase of its evolution.”

Gleitman has worked at the college for about 30 years, and has held leadership positions on the Faculty Council Executive Committee, has been president of the H&S Faculty Senate, has worked as the chair of the Department of English, and has been coordinator of the Women’s and Gender Studies program, the email stated.

“I have considered it an honor to serve in leadership roles within the liberal arts core of Ithaca College,” Gleitman said in a March 23 announcement. “I look forward to continuing to support H&S faculty and students in the innovative, collaborative, creative work that they do — inside and outside of the classroom; in seminars, performance spaces, lecture halls, internships, and labs — as they demonstrate the urgent importance of the liberal arts to imagining a better future for all citizens of our troubled world.”

The email noted that during the 2019 national search for the dean of the School of H&S that led to Stein’s hiring, Gleitman was one of the four finalists.

The college is also currently conducting three dean searches: the School of Business, the Roy H. Park School of Communications and the School of Music, Theatre and Dance.