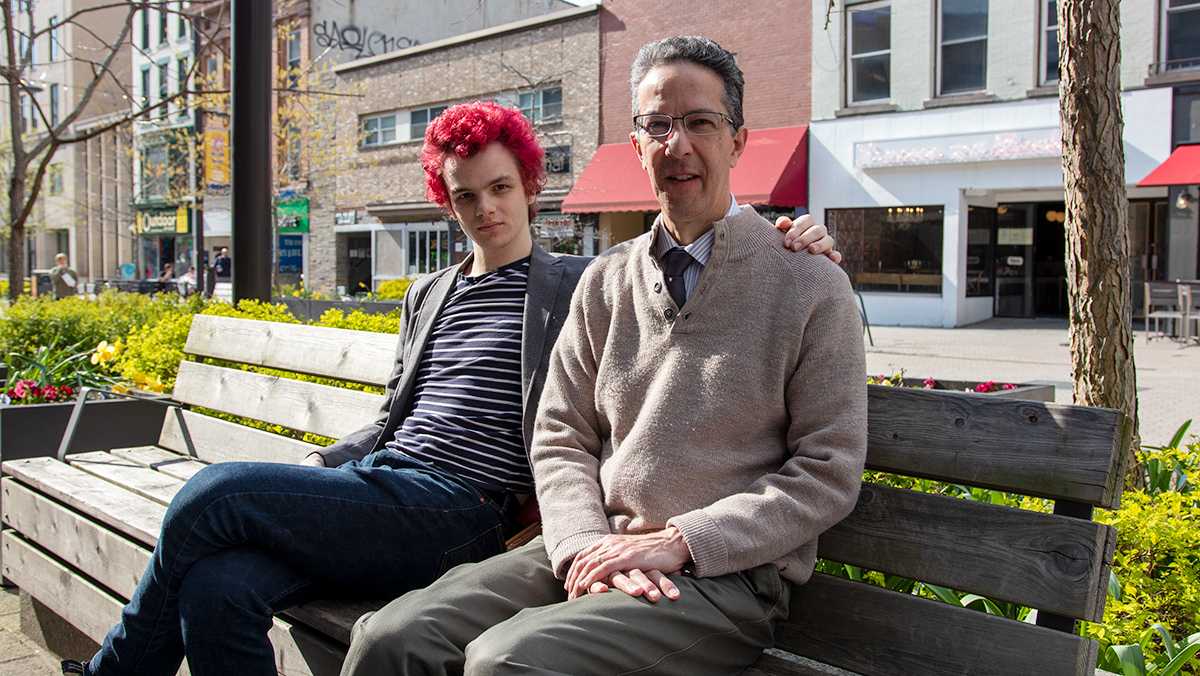 This year, the chatter, debates and discourse that the Model European Union (EU) offers students shifted to a virtual setting.

Juan Arroyo, assistant professor in the Department of Politics, helped organize the Model EU Council Simulation beginning in July 2020. The location of the Model EU event usually alternates every other year between New York and Brussels, Belgium, where the headquarters of the European Union is located. However, after in-person events were canceled, Arroyo said the organizers were wondering if the timetable of the pandemic would allow the event to take place in person again. Eventually, they decided to host the Model EU event from April 10 to 18 over Zoom. From 13 countries, 112 students attended, five of whom were Ithaca College students. At the 2020 Model EU conference in Brussels, nine Ithaca College students attended.

Hosting the conference over Zoom reflects the way that the actual EU has been operating. Arroyo said the ongoing pandemic gives the model simulations urgency, as students get the opportunity to voice their opinions on how governments can best run their countries during the pandemic.

“This is why this has been going on for so many years and why we plan to keep this going as long as we can,” Arroyo said. “We think it’s valuable for students to understand how the European Union works and to open them up to experiences that will allow them to say in the future, ‘Oh you know what we might try? They do this in the European Union, maybe we can try this here.’”

“When you’re in the same room with the people that you’re tackling these issues with, … there can be that sort of empathy and understanding on an interpersonal level,” Sobel said. “There can also be that anger and that argumentativeness, which is sort of amplified in that in person atmosphere.”

The Model EU meetings give students the ability to debate and discuss important issues, like COVID-19 and the economy. For senior Lauren Smith, who played the president of the European Council in the virtual simulation, hearing out students on some issues was difficult.

“I know that for me personally, the speaking was such a test of patience,” Smith said. “Even though it’s a simulation, you might have people who have to play roles that they don’t agree with. That’s a whole other obstacle to overcome … to argue for a position that you don’t even support. … I was chairing the meeting, and I wasn’t allowed to sway toward either side or allow any kind of judgement. So I had to just sit there and stay straight–faced as we discussed EU arms exports to Saudi Arabia.”

Junior Ryan Ingerson said that being able to attend the event gave him a fresh perspective that he does not receive in his classes.

“The Business School has a lot of great values to it,” Ingerson said. “But they teach a very specific mindset, and you can see it in a lot of the business students. Getting out of that and starting getting interested in politics, even though it does nothing for my major or minors, I’ve really learned about a lot of advocacy work, global political trends, and it’s more focused on stakeholders rather than shareholders.”

Since the event was held over Zoom, it allowed for students in areas of the world that normally miss out on attending in person to join in. Students from countries like Indonesia and Brazil were able to participate.

Arroyo said there is talk among the organizers about hosting future Model EU events in a hybrid setting, like many of the classes that schools around the world are offering.

Sophomore Mia Loretto, who attended the conference, said she would support this proposal, which would bring in a wider range of students. However, she said she wonders how it would function, as balancing both Zoom and in-person events can be a challenge, especially for something as debate- and discussion-heavy as Model EU.

“I definitely think having the hybrid idea is smart, especially if you take into account that not everyone can afford to go to a different country, and I think that’s a more accommodating and inclusive way, so I would be all for hybrid,” Loretto said. “I think it would definitely affect how things are run. Hybrid classes here, it’s hard because half the people are in class and half are on Zoom, and it’s difficult to divert your attention to both things.”