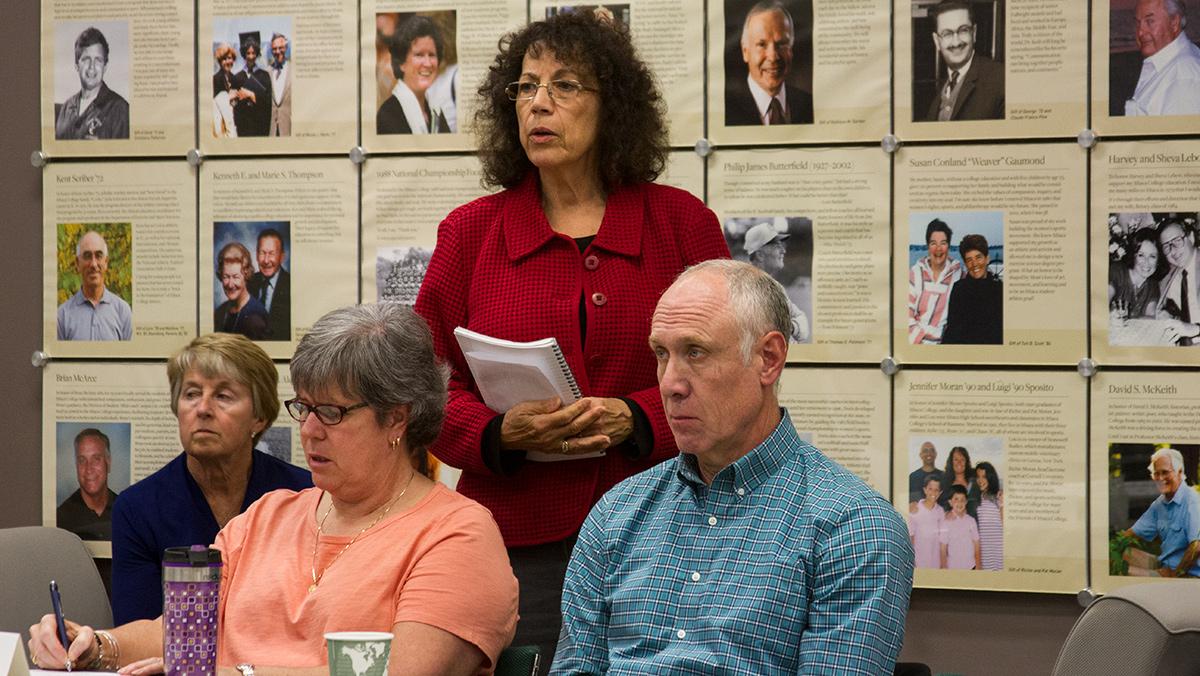 Fernando Ferraz/The Ithacan
Linda Petrosino, provost and vice president for educational affairs, speaks to members of the Faculty Council in the VIP Room in Athletics and Events Center at the college on Oct. 19 2016.
By Sophia Adamucci, Sophie Johnson — Assistant News Editors
Published: March 22, 2017

Few significant changes were made from the original draft sent out to the campus community in the fall semester. The updated draft still proposes a College Governance Council that would include four faculty members, three students, three staff members, the provost and the vice president for finance and administration.

The council would serve as an additional step in the decision-making process at the college. In the original draft, all proposals by the Faculty Council, the Student Governance Council, the Staff Governance Council and the Administrative Governance Council must be approved by the CGC before being sent to the president for approval. In the updated draft, only bills that affect more than one constituency group go through the CGC. However, the draft does not explicitly state if proposals from the President’s Council also have to pass through the CGC. Linda Petrosino, provost and vice president for educational affairs, was not available for comment. 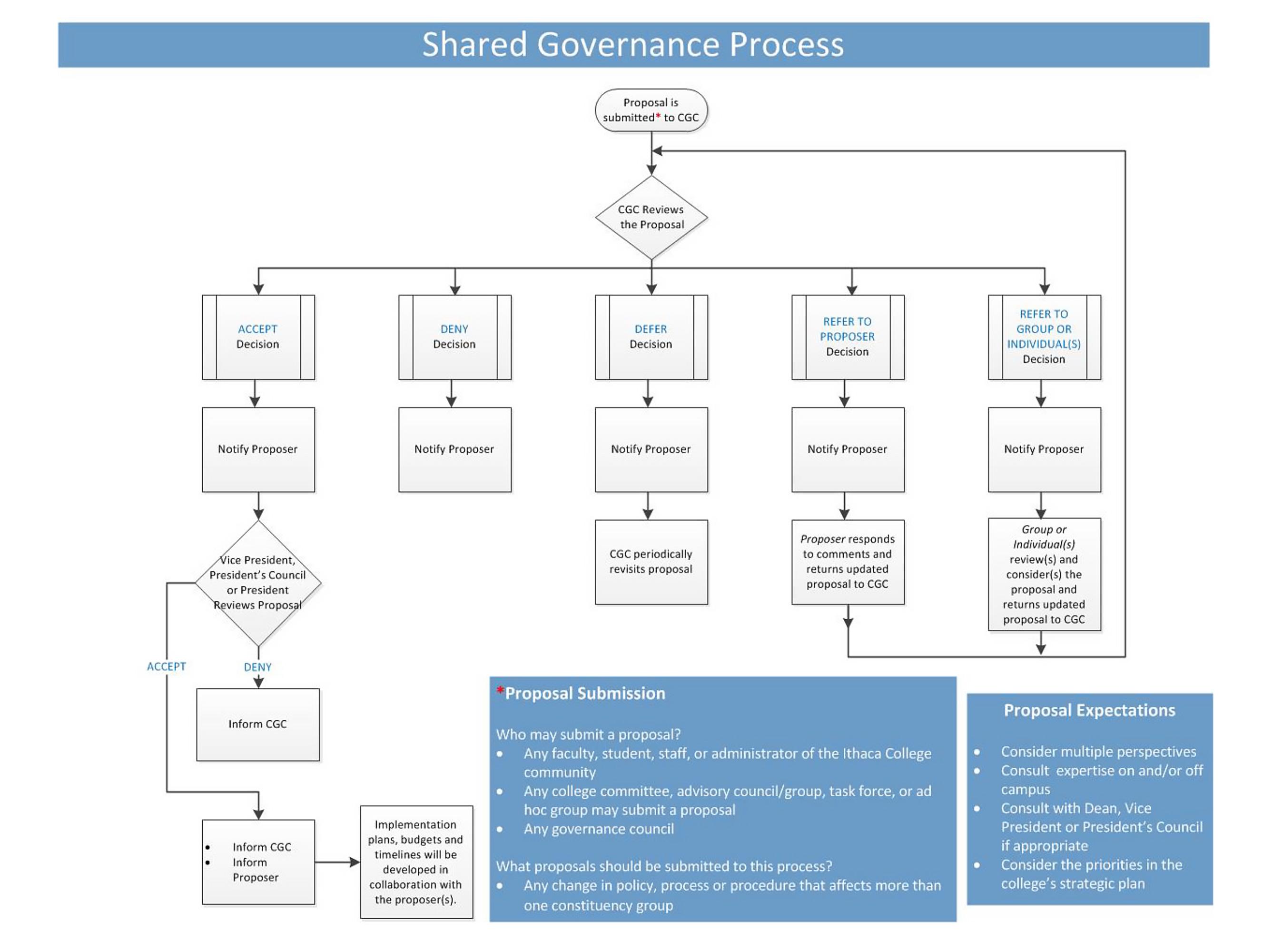 Pictured above is the visual included in the new shared governance draft proposal explaining how the approval process for proposals would work under this model. Ithaca College Shared Governance Task Force

All members of the CGC would be able to vote on proposals aside from the vice president for finance and the provost and vice president for educational affairs, who serves as chair of the committee and only votes if there is a tie.

The President’s Council still makes the final decision on approving or denying proposals; however, an additional section was added that states that most proposals approved by the CGC would generally be implemented by the college because they had been vetted through the shared governance process.

Faculty Council Chairman Tom Swensen said he thinks the new draft is relatively similar to the previous one. The shared governance model as proposed in the document still does not present an organized method for communication between the president’s council and other contingencies, Swensen said.

“I think people want to feel like they have an opportunity to participate in the discussions, and this doesn’t really do that for all things on campus,” Swensen said.

Swensen said he shared these concerns during the feedback process and that multiple people articulated the same issue. However, Swensen said he thinks further changes to the document should wait until Shirley Collado, the incoming ninth president of the college, takes over.

Marieme Foote, president of the SGC and member of the Shared Governance Task Force, said there were a lot of language changes to the updated draft, along with making sure the power of the Board of Trustees and the president is not overstepped while still making sure all contingencies on campus have a voice.

“It was hard,” Foote said. “We had to go through a lot of stuff word for word. We’ve been editing for months now. We’re all very happy about the results and we’re hoping that people can also see that and give us their feedback.”