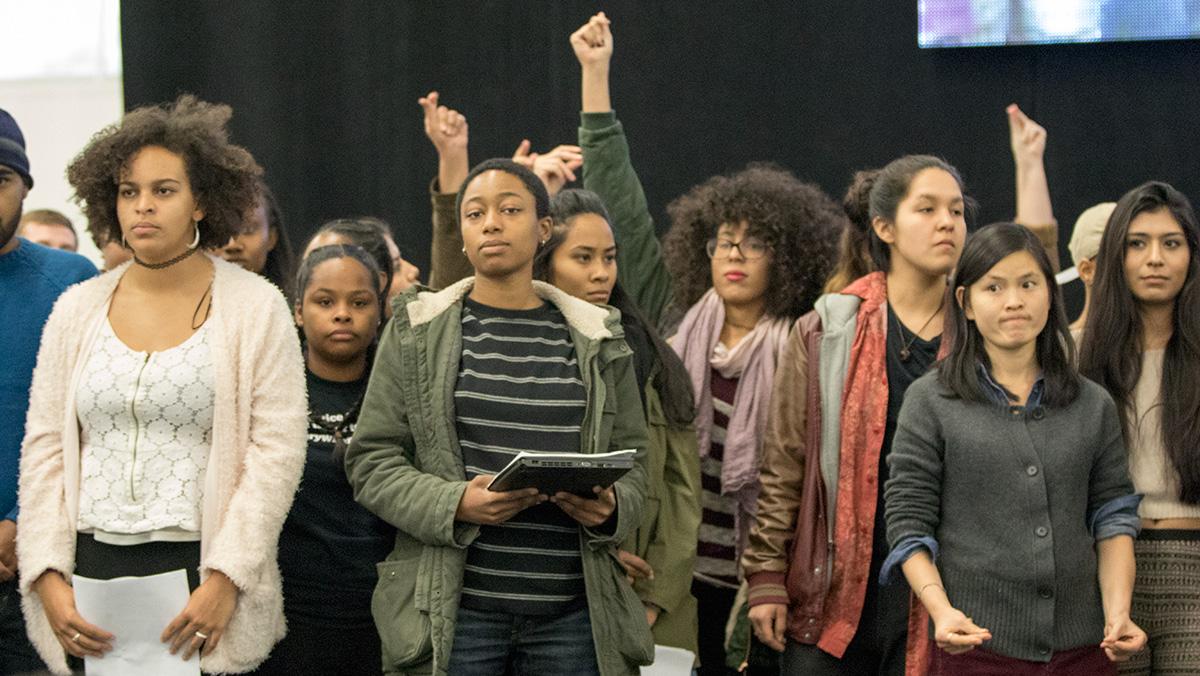 Yana Mazurkevich/ The Ithacan
Students led by POC at IC took over the stage during the college’s event “Addressing Racism and Cultural Bias” on Oct. 27.
By Max Denning — Assistant News Editor
Published: November 2, 2015

The POC at IC group has announced “demand sessions” for Nov. 3 and 6 where participants will share their grievances about Ithaca College and the administration, and answer questions regarding the vote of no confidence for President Tom Rochon organized by the Student Government Association.

POC at IC stands for People of Color at Ithaca College. The group emerged about three weeks ago amid concerns about the college’s responses to a number of race-related incidents.

The intention to hold the sessions was announced when students led by POC at IC took over the stage during the college’s event “Addressing Racism and Cultural Bias” on Oct. 27.

POC at IC has created a Facebook event for the demand sessions and invited more than 900 people.

The event’s description includes a list of stipulations for all those who attend the meeting, including supporting the POC at IC movement, not disclosing any information outside the meetings and not releasing any commentary to any media outlets.

The group also notes it will be using a democratic process to consolidate the participants’ suggestions into a list of POC at IC’s demands, while noting that “there is no guarantee that every demand vocalized will be a part of POC at IC’s released list of demands.”