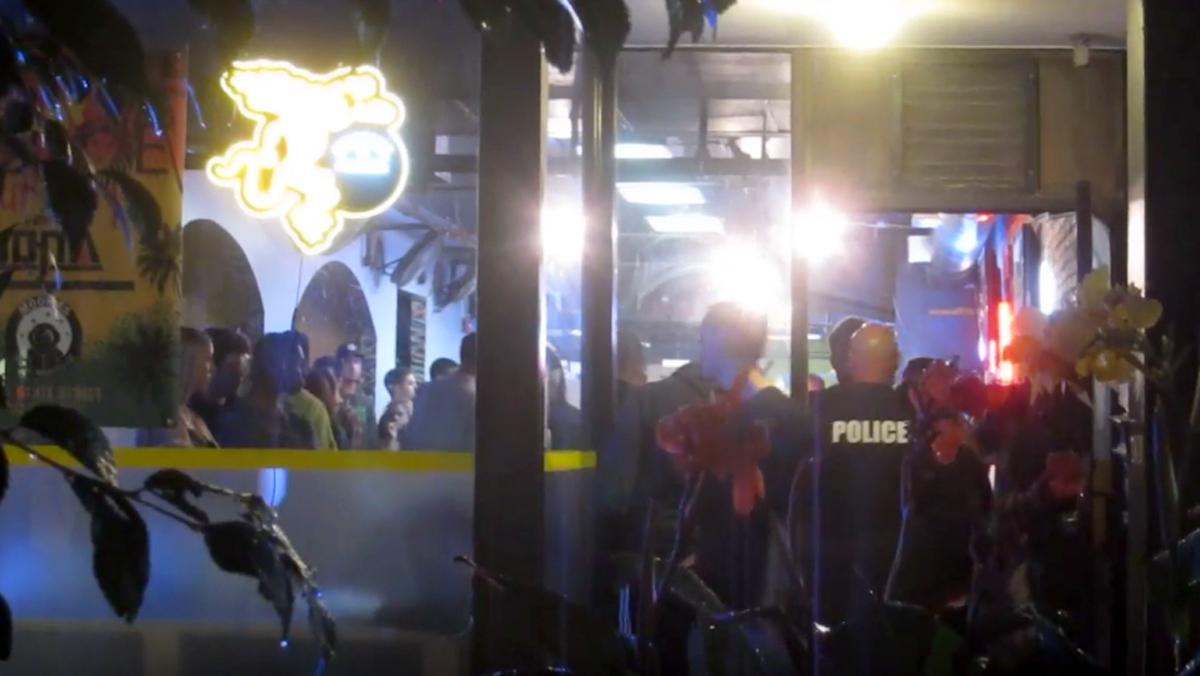 Courtesy of Josh Brokaw
Multiple police departments, including local and state officers, raided several Ithaca bars during the month of September. The raids were part of a crack down on underage drinking and use of illegal IDs.
By Alexis Manore — Staff Writer
Published: October 10, 2018

Police forces cracked down on underage drinking and fake IDs at Ithaca bars and restaurants with a series of raids in downtown Ithaca this September.

Plum Tree Restaurant on Dryden Road in Collegetown was reported to have sold at least one alcoholic beverage to a person under the age of 21 Sept. 28. The restaurant was issued an appearance ticket, which means it will appear in the Ithaca City Court on a future date.

None of the bars responded to requests for comment.

These checks are a part of the ABC Underage Drinking Enforcement Campaign, enacted by Governor Andrew Cuomo in May, which focuses on cracking down on the use of fake IDs and underage drinking across New York state, according to the police report.

A similar investigation occurred in Rochester, New York, during which 15 people were arrested for trying to use fake IDs to enter Somerton’s Public House and Dragonfly Tavern. In Binghamton, New York, the Binghamton Police Department arrested six people on misdemeanor charges for serving alcohol to minors.

Jamie Williamson, Ithaca Police Department public information officer, said these checks are routine and not a new practice this year.

Williamson said the Ithaca Police Department is looking to put an end to the problems that underage drinkers in Ithaca often cause.

“We have a responsibility to our community, to ensure that bars and restaurants are serving only those people who are 21 years of age or older,” Williamson said. “Historically, the issues that these types of establishments, when they serve alcohol, they invariably lead to a host of problems — whether it be drunk driving, sexual assault, criminal mischief, disorderly conduct, disruptive behavior to our neighborhoods.”

An underage Ithaca College student, who asked for anonymity because she was illegally in the bar, said she was at Moonies Bar & Nightclub during the raid. She said she thought the police acted unfairly.

“I think the difference with the state police is that they weren’t understanding that this was a college bar,” she said. “They seemed to be in it for the money, like giving fines to many students, while I feel like Ithaca Police care mostly about the safety of the students.”

She said the police shut down the bar at midnight and started checking for fake IDs as the people left.

“The police came around midnight, when they shut off the music and turned the lights on,” she said. “The police waited at the door while each person in the bar exited and showed their IDs. Many got their IDs taken and many people were fined.”

Williamson said he is upset to hear that some felt that the police raided the bars with financial motives.

“I think it’s unfortunate that some students have independently developed that opinion,” Williamson said. “Our mission has been and always will be to provide a safe community in which to live, learn and grow. We accomplish that by a number of different ways, including issuing tickets to gain compliance for their own safety.”

Another underage student who attends the college who was at the bar when the raid occurred said she knew it was time to leave when she saw police talking to the DJ.

“We tried to get our stuff, but by the time we got to the door, the music was turned off, the lights were turned on, and there were cops at the doors, checking IDs on the way out,” she said. “All the doors were blocked off by cops.”

She said she waited for 30 minutes because she thought the police might leave once the bar closed, but they stayed and kept checking IDs.

“We went up to the front door and gave them our IDs, which were fake, and they were like, ‘Oh, are these fake?’ and we were like, ‘Yeah, they’re fake,’” she said.

She said she and her friends were issued tickets, had their fake IDs confiscated and then were allowed to leave.

Another underage student at the college who was also at the bar said she thought the police were very aggressive toward her.

“I ended up being one of the last ones there because they ended up surrounding the place and had a lot of people sit down, and so they had me sit down,” she said. “And I ended up being basically the last person that they got to, and then they took my ID and brought me outside.”

She said she was put in handcuffs and had her arms twisted behind her back by a police officer. She said she believes she was handcuffed because she stepped away from the officer because he was standing so close to her and she was promptly arrested. She said she does not know if others were handcuffed.

“I ended up with bruises and swelling on my wrists in the morning and cuts on my wrists,” she said. “He pushed me on the ground, and I hit my head. And I didn’t go to the hospital or doctor or anything like that, but I’ve had headaches since.”

She said she wanted to take an Uber home because she did not feel comfortable going with the police, but they did not allow her to.

“There was basically just six of them standing around and watching all of this happen,” she said. “They forced me to drive home with them, and woke up one of my roommates to come get me.”

Williamson said he recommends that the student come and talk to the police so they can address the situation appropriately.

“I would encourage her to become a part of the solution and speak up to us and come meet with us so that we can gather all of the facts and make an appropriate determination on what should happen,” he said.