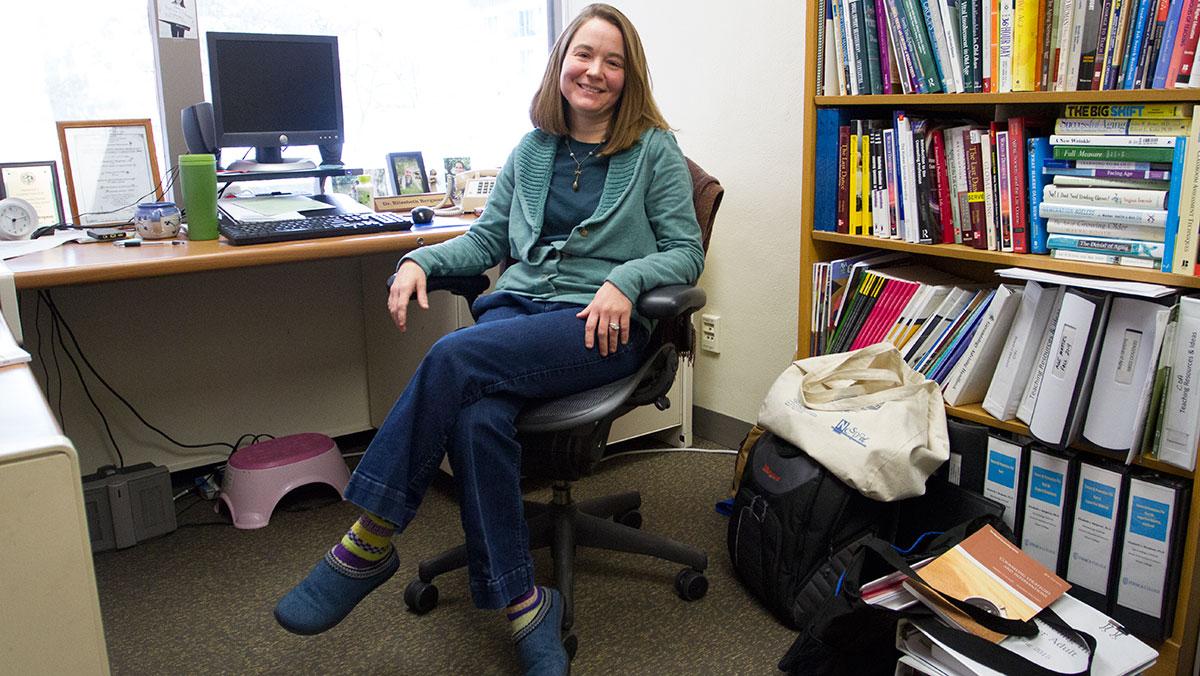 Elizabeth Bergman, associate professor of gerontology at Ithaca College, has been elected to become an executive committee member of the Association for Gerontology in Higher Education, an organization of colleges and universities that offer education, training and research programs in the field of aging, for a two-year term beginning in March.

Staff Writer Taylor Zambrano spoke with Bergman about how she became interested in gerontology, her election into the committee and her future goals in the field.

Taylor Zambrano: How did the election process work?

TZ: Regarding your position on the committee, what are your responsibilities?

EB: We’re still working out details of exactly what I’ll be doing, but generally I know that I’ll participate in a monthly conference call of the executive committee; I’ll attend two face-to-face meetings of the executive committee each year: one at the Association for Gerontology in Higher Education conference and one at the Gerontological Society of America’s conference; and I will serve on at least one committee of AGHE. Which committee that will be is really up to the president of the organization and what the needs of AGHE are at the time.

TZ: Do you have any hopes for your new position?

EB: I guess my main motivation for doing it is that I’ve just gotten so much out of being a member and participating in the programming of AGHE up to this point, and so I’m really interested in giving back to the organization. AGHE has a designation called Program of Merit, and the gerontology department here at Ithaca College is a program of merit, which means that AGHE has reviewed our curriculum and our academic program and determined it to be of high quality and meeting all of their standards. And through that process, through the support that they provide to us, through all of the things that I’ve learned at the annual conference that I make a point to go to every year and through the journal that they publish. I just have gotten a lot of support for the teaching and the work that I do.

TZ: How did you get involved in gerontology?

EB: I played the violin when I was young and one of the things that we did was to go perform at retirement communities and assisted living facilities and nursing homes, and I just loved the interactions with older adults that I had in those settings. I was about to graduate from undergraduate school with a degree in psychology before I discovered that I could major in something called gerontology or go that route. So I decided to finish my degree in psychology and then go to graduate school for gerontology … and then I ended up working in the field and going back for a Ph.D.

TZ: What do you feel you have accomplished through your work so far?

EB: I guess one of my biggest goals in doing the work that I do is helping undergraduate students, you know, hopefully getting to students earlier than I discovered gerontology, learn about aging and how they can apply knowledge of aging in their work and in their lives. I love helping students understand the connections between the knowledge of aging and the things that they dream about doing.