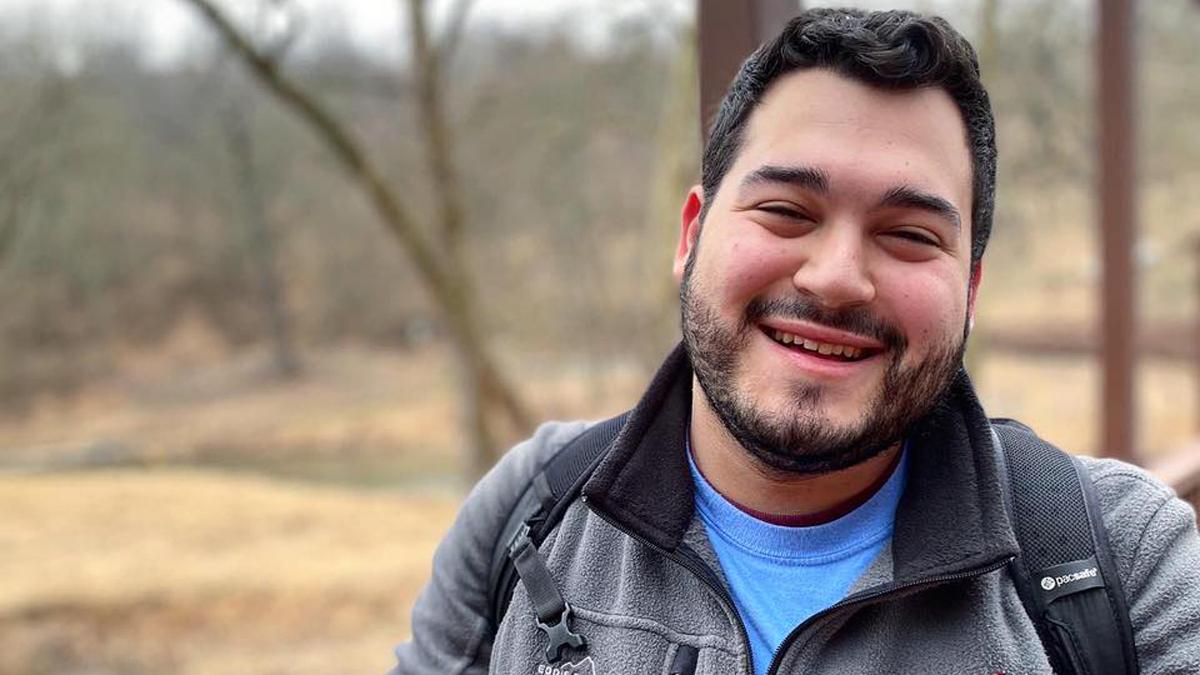 Courtesy of Max Kasler
Max Kasler, the new Springboard Innovation Fellow for Hillel at Ithaca College, is a 2020 graduate from Muhlenberg College in Allentown, Pennsylvania, where he was heavily involved in Hillel and the music community.
By Maia Noah — Staff Writer
Published: October 9, 2020

Max Kasler, the new Springboard Innovation Fellow for Hillel at Ithaca College, started his position at the college in Fall 2020. This fellowship is a project of Hillel International and aims to bring new, inclusive ideas to reimagine Jewish life on campus.

Kasler is a 2020 graduate from Muhlenberg College in Allentown, Pennsylvania, where he was heavily involved in Hillel and the music community. A double major in music composition and Jewish studies, Kasler also said he was an active member in an a capella group, two choirs and worked as a freelance Jewish musician throughout his college career. Kasler said this two-year position as the Springboard Innovation Fellow felt like the right next step for him.

Staff writer Maia Noah spoke with Kasler about his new role and his plans for Hillel at Ithaca College.

Maia Noah: What are some of your responsibilities as the new Springboard Innovation Fellow for Hillel at Ithaca College?

Max Kasler: My role is primarily, when you boil it down, doing engagement work. It’s finding and connecting with Jewish students at IC and getting to know them and what sorts of things interest them, so, hopefully, Hillel can do programming for all of the Jewish students who are interested in being involved in Jewish life on campus. The cool part of my job is that I get to talk to students and get to know them, which I think is super awesome because I like talking to people. Part of my role is also programming. For instance, I’ve been running a virtual trivia night every Monday just to give students the opportunity to have some levity in their week because there’s so much going on with classes and the pandemic is crazy.

MN: What are other examples of programming you plan to do this semester other than trivia nights?

MK: We’re doing a lot with High Holidays, trying to create good virtual spaces for students during this time. And then it’s also working with our student interns and student board to learn and figure out what types of programs they want to run and helping bring some of their initiatives to light. … I’m thinking of doing a Judaism and the arts learning type series.

MN: What do you hope to bring to Hillel as this new fellow?

MK: I am really passionate about Jewish communal work, and so I think I want to bring, besides specific programming, enthusiasm and excitement about different Jewish projects, whatever that is, whether it’s crafting something from my own brain or hearing about a student’s idea and fueling the fire. I’m similar to a lot of IC students in that I’m very artsy, and so getting to know what they’re passionate about, what they want to bring and then I’ll fuel the gas. You drive and we’ll figure out how to make it work.

MN: What prompted you to apply for the fellowship?

MK: I’ve always been passionate about the intersectionality of artsy people and Jewish people. The innovation track of the Springboard Fellowship seemed really awesome because it would put me on a college campus, which I feel are like hubs for creative work, and it allows me to do Jewish work. I think this fellowship and specifically being placed at IC was quite fortuitous for me because it’s a liberal arts campus, and I went to a liberal arts school. I think it was a really good match for me to do what I’m passionate about.

MN: What are you most looking forward to as the new Springboard Innovation Fellow?

MK: It’s a little disappointing to not be on campus with everyone, so I’m looking forward to a time where that is safe. I’m also looking forward to making new connections and learning new things. I think as much as I can bring to IC, I think IC is bringing a lot to me, and I’m learning a lot already from the IC community.