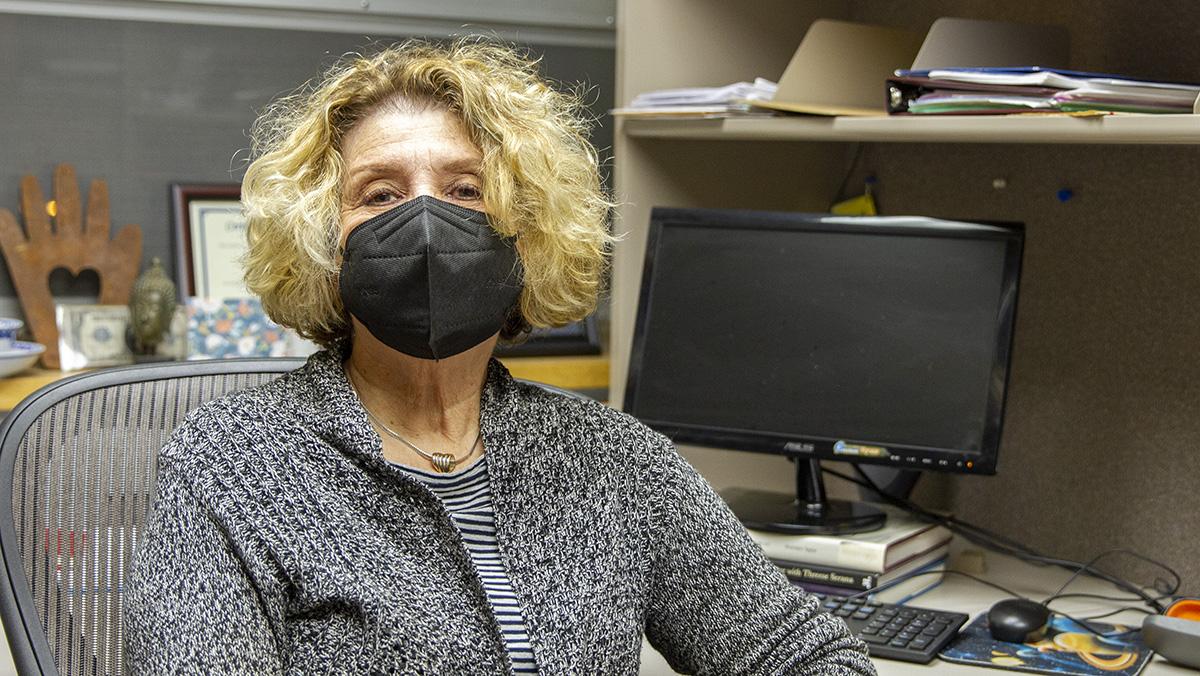 Patricia Zimmermann, professor in the Ithaca College Department of Media Arts, Sciences and Studies, received the Dana Professorship Award in July 2021, making her the first Charles A. Dana Professor in the Roy H. Park School of Communications. This award lasts five years and is given to full professors of the college who have demonstrated excellence in teaching, scholarship and service.

Zimmermann published over 200 scholarly research articles and essays, as well as 11 books. Her most recent co-authored book is “Flash Flaherty: Tales from a Film Seminar,” released in 2021, and she is currently in the process of writing “Digital Habitats: Transnational New Media and the Environment.”

Staff writer Lorien Tyne spoke with Zimmermann about some of her accomplishments and her thoughts on the evolving world of media.

Lorien Tyne: I am interested to hear a little bit more about how technology is changing documentaries and your recent i-Docs interview with Kate Nash, author of “Interactive Documentary: Theory and Practice.”

Patricia Zimmermann: So I will start out by saying i-Docs is a research unit looking at interactive documentaries on new platforms at the University of the West of England in the U.K. You’re the first to hear they have become one of our partners for [the Finger Lakes Environmental Film Festival] FLEFF. So, that event that we did was also a FLEFF event, and it’s the first of many events we will be doing with our partnership, and they will be part of the festival this year. What I would say is we’re at a massive point of change and we’ve been in that point of change for about 20 years in terms of documentary. It’s not that technology is changing documentary and journalism, what’s happened is that documentaries and journalism have had to reinvent themselves and what they’ve done is looked for ways in which to do that and they have used these technologies.

LT: What are you most excited about for FLEFF 2022?

PZ: First of all, it’s [the 25th anniversary] and it’s just incredible to me that Ithaca College is one of 15 major environmental film festivals in the world. The festival deals with every school on campus. In every field, we show film, we do new media, we deal with musicians, artists, public health people, scientists. We show films from all over the world. We show new media exhibitions, it’s a plurality of practices. It’s like a big festival of intellectual life. And I’m just really proud that it is interdisciplinary, international and intellectual.

LT: Do you feel like that is representative of Ithaca College in general and the idea of [the Integrative Core Curriculum]

PZ:  Frankly, I never thought about it being related to the ICC, but it really is because it’s what you do in the ICC, right? You work to put these things together. I think it’s the strength of Ithaca College that we have so many different forms of knowledge production. … I think it makes it a very dynamic place. I believe justice is rendered by putting people together who wouldn’t normally be together and having conversation. So, one thing that FLEFF has done for 25 years is embody what I think is the DNA of Ithaca College, which is exactly that, mixing it all up, getting scientists talking to artists — local, regional, national, global — and mixing it all up. It’s very exciting.

LT: How has amateur media contributed to our culture in ways that larger, more popular media can’t?

PZ: As technologies proliferate and as their cost gets reduced, things become amateurized, meaning they’re cheaper, they’re more accessible. It creates opportunities for people to tell their own stories that may not have been there before. So, I’ve spent my entire academic career advocating for decentralized communications and amateurism as part of that. Professionalism is often a way to keep people out of the media, especially marginalized voices in society.

LT: I’m wondering if there’s a question that people never ask you that you always kind of want to talk about.

PZ: Recently, I worked with Louis Massiah at Scribe Video, a big, epic national–touring program, for seven years. This project really was transformative for me, it changed my life, because it’s something I really truly believe in, which is working in big, collaborative teams. It was a massive research undertaking, and it was trying to reclaim a history that’s lost. This project is just in the U.S., and this project features works by all kinds of media organizations that are smaller nonprofit media organizations that are dedicated to telling American history in a different way from the ground up, and dealing with people who use media to change power relations, to empower themselves and change policy.