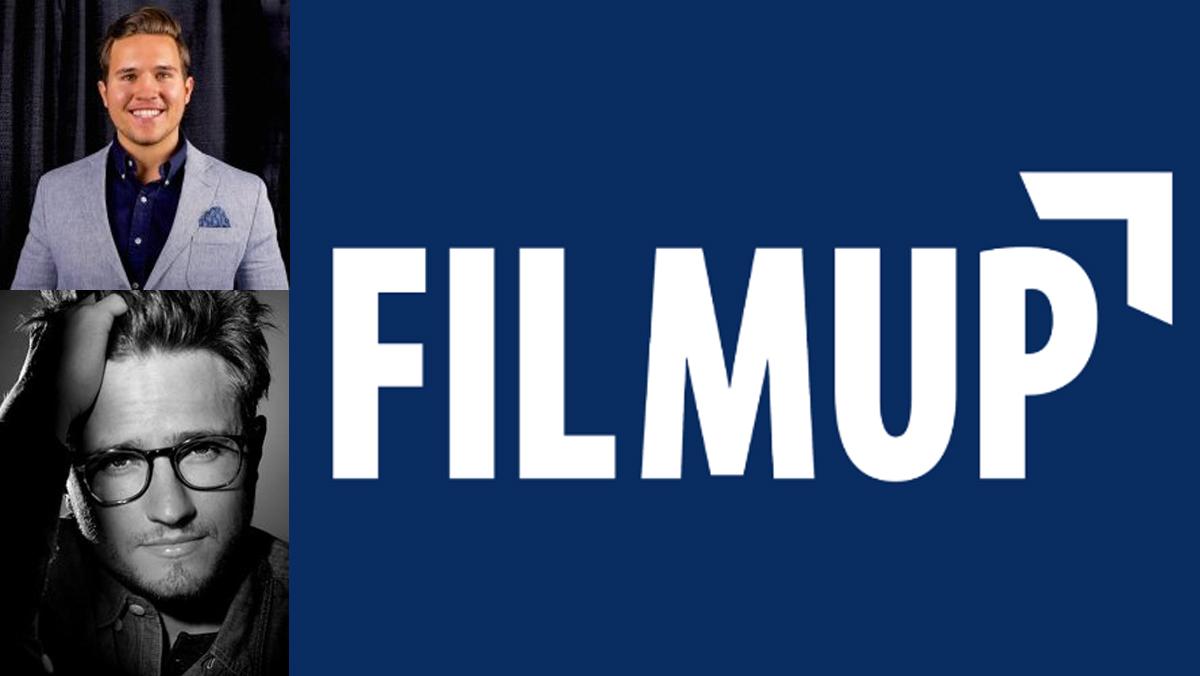 Just months after winning second place in Ithaca College’s annual Business Plan Competition, Aryeh Hoppenstein ’16 is producing and starring alongside Hollywood actors and his family in an upcoming short film.

Aryeh is an associate producer and a star of the 18-minute film “Entitled: The Story of a Selfish Bastard.” He plays Oren, a sibling of the main character, Yosh, who is played by Aryeh’s older brother and the film’s director, Yitzy.

Robert John Burke, known for his roles in “Gossip Girl” and “RoboCop 3,” and Margaret Collins, known for her roles in “As the World Turns” and “Gossip Girl,” will also be starring in the film. Additionally, the casting consultant for “Entitled,” April Webster, was involved in the casting of major blockbuster films such as “Star Trek,” “Mission: Impossible lll” and “Star Wars: The Force Awakens.”

Aryeh’s interest in filmmaking helped him win the second-place $10,000 prize for his business plan FilmUp at the 2016 Business Plan Competition in April. FilmUp is a networking platform for institutions, students and professional filmmakers, and Aryeh said the experience he has gained from working on the short film will help him develop the business.

“My knowledge of the media industry has grown exponentially while being a part of my brother’s film,” he said. “Yitzy … showed me how one connects with top media professionals, and I plan on using that to further the FilmUp business.”

The film, which is based in New York City, is scheduled for release in December. It focuses on the story of Yosh, a college student living in the city, who hops on a train and makes a daylong journey to find himself, change his view of the world and transform from selfish to selfless.

Aryeh and Yitzy grew up in a Jewish family and strongly value Jewish culture, which is why, Yitzy said, the main character of “Entitled” is Jewish and struggles with spirituality and religion during his journey of self-discovery.

“I love films that have very specific characters that don’t whitewash people’s identities,” Yitzy said. “I happen to be most familiar with Jewish culture because that’s how I grew up, so I made Yosh a part of a Jewish family.”

Yitzy said he began the script–writing process around three years ago, when he was still attending school at the Lee Strasberg Theatre and Film Institute in New York City. The film was largely funded through a Kickstarter campaign that collected over $30,000, he said.

“Entitled” will also star the Hoppensteins’ three other siblings — Yoni, 25; Yara, 20; and Adina, 17 — as the siblings of Yosh. Aryeh said the whole family has been a major part in helping Yitzy with the production of the film, assisting with publicity, advertising, organization and other odd–jobs. The brothers’ parents, Andrew Labella and Cheryl Hoppenstein, met at the college and graduated in 1980, Aryeh said.

Former Ithaca College student Chance Kelly, known for his roles in “House of Cards,” “Generation Kill” and “Aquarius,” is also in the film with the brothers. Kelly said he attended the college for three semesters before transferring to New York University. He received his master’s degree from Columbia University.

Kelly, who will be starring as a college professor, said he became involved in the film because he was longtime friends with the Hoppenstein family.

“It’s good to see a guy like Yitzy who’s a hard worker and ambitious, but he’s still willing to learn every day,” Kelly said. “That’s important in this business.”

Using the short–film format to their advantage, the Hoppensteins’ aim is to inspire the audience to take a different perspective on the world in a limited amount of time, Yitzy said. As the character Yosh goes through a major transformation from selfishness to selflessness, Yitzy said he hopes viewers will see the traits that they share with Yosh and see the possibility for transformation in their own lives.

“I want people to consider their relationship to the world on a very specific and human level, not even on the grand scheme of things. … and question whether they are giving or receiving from the world around them,” Yitzy said.

Aryeh said watching his brother create the film has made him incredibly proud.

“It’s been an unbelievable experience seeing Yitzy create something out of nothing,” he said. “He decided to take his skills and experience to do something that most wouldn’t think is possible.”