Regal Cinemas at The Shops at Ithaca Mall closes indefinitely 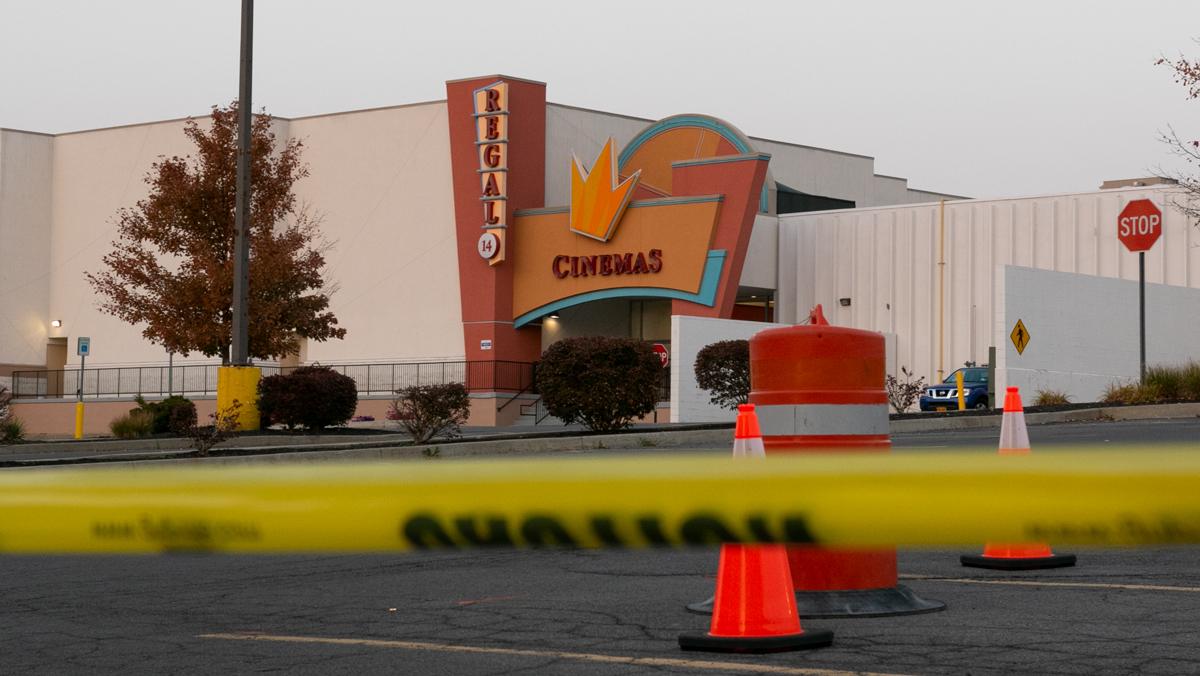 Ash Bailot/The Ithacan
On Oct. 5, Cineworld, the parent company of Regal, announced that it would be indefinitely closing all of its locations in the United States. Cineworld cited the COVID-19 pandemic as a main contributor to the decision.
By Alex Hartzog — Staff Writer
Published: October 21, 2020

After the dust has settled and COVID-19 restrictions are eased, Ithaca will find itself with fewer silver screens. The Regal Cinemas at The Shops at Ithaca Mall will be closing its doors indefinitely.

On Oct. 5, Cineworld, the parent company of Regal, announced that it would be indefinitely closing all of its locations in the United States. Cineworld cited the COVID-19 pandemic as a main contributor to the decision, as restrictions like reduced capacity and concession limitations heavily limited traffic to theaters nationwide. This situation drastically cut profits, with Cineworld reporting an operating loss of $1.34 billion. The indefinite closure means that over 45,000 people lost their jobs.

“This is not a decision we made lightly, and we did everything in our power to support a safe and sustainable reopening in the U.S.,” Mooky Greidinger, CEO of Cineworld, said in a statement. “We are especially grateful for and proud of the hard work our employees put in to adapt our theaters to the new protocols and cannot underscore enough how difficult this decision was.”

The Shops at Ithaca Mall were closed from late March until mid-July, but Regal remained closed. On Oct. 17, Gov. Andrew Cuomo announced that theaters would be allowed to reopen after Oct. 23 at 25% capacity with no more than 50 people per screen. Cinemapolis, an independent theater on The Commons that shows independent, international and local films, announced that it hopes to be open before Thanksgiving as it works to meet state guidelines. After Cuomo made this announcement, Cineworld announced that it will reopen 11 of its New York state theaters Oct. 23. The Regal Cinemas at The Shops at Ithaca Mall is not on the list.

Cinemapolis is currently offering virtual screenings of movies in conjunction with independent film distributors. It also partnered with Serendipity Catering to show outdoor films at the South Hill Business Campus during September and October. Serendipity is planning a family-friendly Halloween event Oct. 30, according to its Instagram.

Ithaca College junior Alexander Moulding and senior Tyler Jennes said they were heartbroken by the news about Regal, as they have fond memories from the theater. Jennes said that while he understood the chain had to close because of the economic impact of the virus, he feels that an important part of the community has been lost.

“For a lot of towns like Ithaca, Regal is the only mainstream theater that’s available,” Jennes said. “Obviously, I have a deep, deep love for Cinemapolis because it has so many cool art house films, but if I want to watch the new ‘Avengers’ movie, now I have to drive out to [Syracuse, New York,] or something like that.”

Without Regal, the next closest movie theater other than Cornell Cinema, a movie theater that shows a variety of classic and independent films, or Cinemapolis is Crown City Cinemas in Cortland, a 35-minute drive from Ithaca.

Drive-in theaters were allowed to remain open during the pandemic. Over the summer, a drive-in opened on Pier Road. The Drive-In Ithaca operated over the summer. It sold tickets at $20 a car and showed movies like “Jurassic Park” and “Minions.” The drive-in was made in response to the pandemic to provide a fun atmosphere for families, Kelly Sullivan from The Drive-In Ithaca said. The Elmira Drive-In, located approximately 50 minutes from Ithaca, is still showing double features for $9 per person on Fridays, Saturdays and Sundays. These include old films, like “Monsters, Inc.,” and newer films, like “Borat Subsequent Moviefilm,” which comes out Oct. 23.

Because of the COVID-19 pandemic and movie theaters closing, the releases of blockbuster films like “Black Widow,” “Wonder Woman 1984” and “John Wick 4” were postponed. Movies that did open in movie theaters, like “Tenet” and “The New Mutants,” were met with lackluster opening weekend sales across the country.

Sophomore Ted Mburu lived in Ithaca during his freshman year and did not visit Regal once. Despite this, he said he was disappointed to hear that Regal was closing because he saw it as an important part of social life.

“[Going to a movie theater is] something to do with friends,” Mburu said. “You can kind of make a whole night out of it. You could go out for dinner and go see a movie. It’s something to keep the community [together]. Theaters are really good for that I think.”

On the other end of the spectrum, Jennes said that he was a diamond member of Regal, which allowed him to occasionally get free popcorn and movie tickets. He said his fondest memory at the theater was watching “Star Wars: The Last Jedi” and experiencing the fan reaction to the movie.

Moulding said he felt that watching movies in theaters is an experience that cannot be replicated from home. The atmosphere and communal experience is the biggest draw to theaters, he said. “If I saw a movie on opening night from my couch in my house versus in the theater, you would kind of lose that whole [experience],” Moulding said. “It’s kind of like a bonding thing. It’s an event when you go there versus when you turn on your TV and you just watch it.”