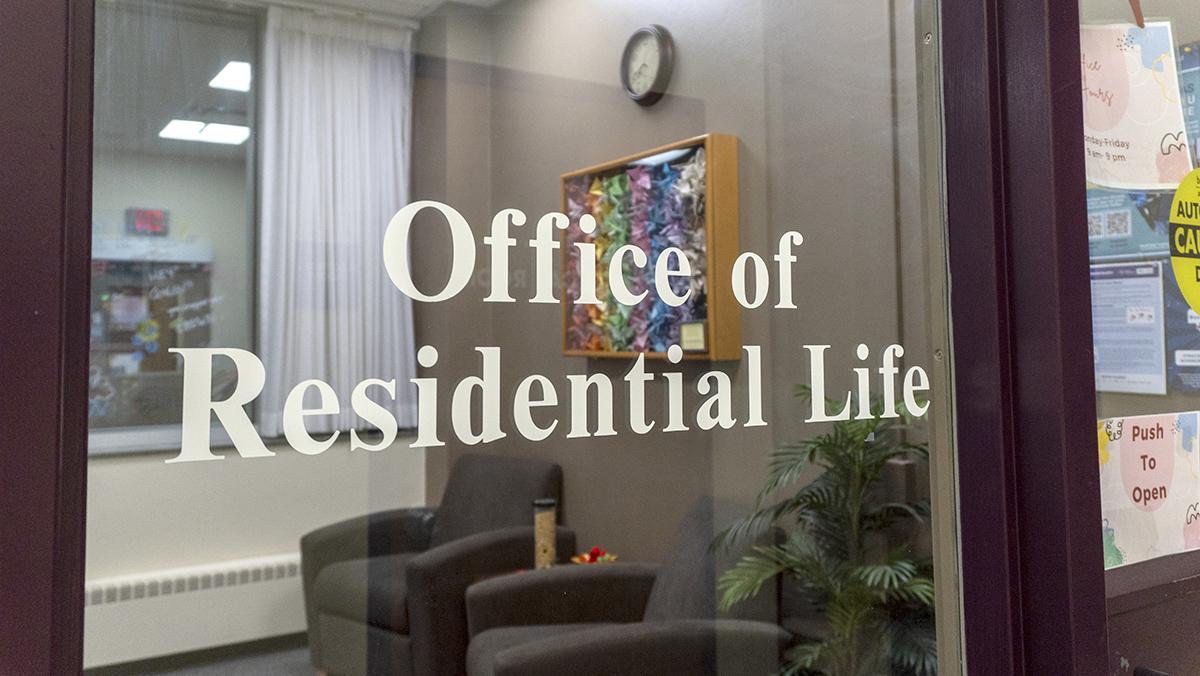 Ray Milburn/The Ithacan
Becoming an RA is a way many students lessen the burden of paying for college. While the student employees are given compensation that goes toward room and board, other institutions are paying their RAs more.
By Olivia Stanzl — Staff Writer
Published: October 5, 2022

The responsibilities expected of resident assistants (RAs) at Ithaca College make some wonder if the benefits are enough. While the student employees are given compensation that goes toward room and board, other institutions are paying their RAs more.

Becoming an RA is a way many students lessen the burden of paying for college. According to the Bureau of Labor Statistics, in 2016, nearly 11,000 students were employed as RAs at institutions across the United States at an average salary of $15.04 per hour or $31,290 for the calendar year.

Laura Davis, director of Residential Life and Judicial Affairs, said at the college, compensation for RAs and apartment assistants (AAs) comes in the form of credit. The credit is first applied to room expenses and the remaining balance is applied to boarding expenses. If there is still leftover compensation — for example, if a student has financial aid that also covers these areas — it will go toward a student’s tuition and fees.

Junior Molly Hankinson said she started working as an RA in Fall 2022 to strengthen her skills as a future educator and because of the compensation she would receive. Hankinson said she feels there are times when she and her coworkers do more than they are compensated for.

The college currently has 91 student staff within the Office of Residential Life, which includes RAs, AAs, senior resident advisers and head residents. RAs are typically responsible for the supervision of a residence hall floor of around 25–50 residents, while AAs are responsible for supervising apartment communities of 120–175 residents.

Sophomore Gabriel De Oliveira Shurmur, who was an RA during the 2021–22 academic year, said working as an RA at the college is worth the work because it allows you to save thousands of dollars every academic school year.

“I think it’s difficult because when you compare it to what other schools do, it seems like it isn’t worth it,” Shurmur said. “But, when you break it down to an hourly rate, at the end of the day, you’re saving like $15,000 a year.”

Shurmur has worked with both upperclassmen and first-year students and said the difference in maturity between the classes significantly impacted the amount of work he had to do.

Hankinson said one night she had to help six different students who locked themselves out of their rooms.

Junior Sadie Hofford is starting her third semester as an RA and said it is a very unique job because it is difficult to take a break from it.

“You can’t really turn off being an RA,” Hofford said. “It’s kind of like you’re always on. It’s not like I clock in to my job and I clock out.”

Hofford said RAs have night staff meetings and must attend training two weeks prior to classes startings. Other responsibilities include community building through event planning and informal peer mentorship by holding one–on–ones with their residents.

“I think a lot of things go on behind the scenes that people don’t see,” Hofford said. “We do one–on–ones and we put up bulletin boards and we are around when everyone is here, but we also do a lot of stuff when people aren’t at school.”

Hofford said she and her coworkers have had to express their concerns to get fair compensation for their work.

“Last year we did a lot of feedback and we were really honest about when we felt like we were doing things for no reason,” Hofford said. “On the weekends, we used to go on three sets of rounds at 10 [p.m.], 12 [a.m.] and 2 [a.m.]. So whoever was on duty would automatically be up until 3 a.m. But, we were realizing that really nothing ever happened on those last sets of rounds.”

Hofford said that the professional staff in the Office of Residential Life — full-time staff members like residential directors — and management teams looked at reports and phone logs and confirmed that typically nothing happened during the 2 a.m. round and they ended the last set of rounds.

“They’re actually pretty good about listening to us when things come up,” Hofford said. “I think last year was a lot and a lot of people told them that. And when we got back this year, I think a lot of us were kind of hesitant, but they had a totally new engagement plan.”

Resident assistants submit proposal for full room and board coverage

Editorial: RAs deserve full coverage of room and board