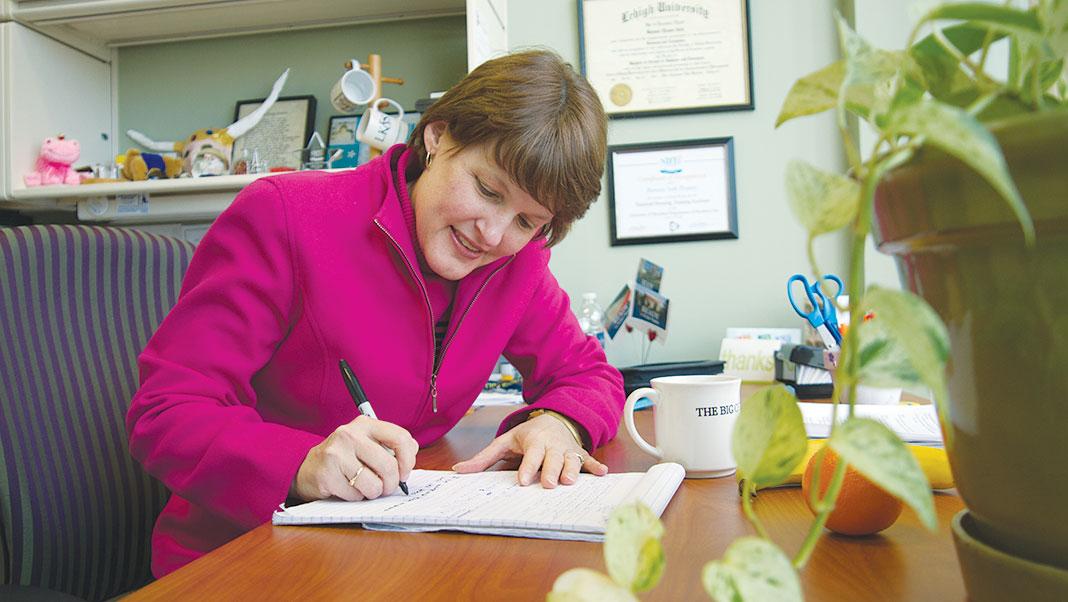 File Photo/The Ithacan
Bonnie Prunty, director of Residential Life, said the dining halls will remain closed while all residential buildings will be open to students during the Thanksgiving and spring breaks.
By Joe Byeon — Contributing Writer
Published: September 17, 2014

With the increase in student requests for housing accommodation during breaks in the past several years, the Office of Residential Life has announced it will allow students to remain in any of the residential halls and residential apartments during Thanksgiving and spring breaks.

This option for students and resident assistants to stay in their dorm rooms during breaks is entirely up to the students. Bonnie Prunty, director of Residential Life, said in an email announcement to the RA staff that they will not be required to stay during breaks this year.

“Participation in break housing coverage will be voluntary and compensated,” Prunty said.

While the majority of students leave campus during Thanksgiving and spring breaks, there are students who remain each year for many reasons, such as research, internships, jobs or sports. There are also students who wish to stay on campus because they don’t want to make long and costly trips back home for a handful of days.

Sophomore Yaw Aidoo, an international student from Saltpond, Ghana, said he is glad he no longer has to worry about where to stay during breaks. He said the trip back to Ghana is costly, which combined with travel time that sometimes reaches up to 17 hours makes it difficult to go home during breaks.

As a part of the program, Housing Offering a Multicultural Experience, last year in Terrace 3, Aidoo said he was able to remain in his room during the breaks. However, since he changed his residence to Clarke Hall this year, he said he was clueless as to where he could go. With the changes, he said the worry is gone.

Senior Steven Lartey, also from Ghana, said he supports the college’s changes to better the housing experience. Since Lartey is involved in the HOME program and leads the college’s African Students Association, he said much of his life has been and still is revolving around a core group of international students.

“For the international students, and dare I say for the whole school, it’s a positive decision,” he said. “I think this will prove beneficial to this campus, and I think it makes perfect sense why it’ll be open during Thanksgiving and spring break.”

These sentiments extend beyond the student body. Diana Dimitrova, director of international student services in the Office of International Programs, said she, too, was a foreigner to the U.S. when she was in college. She said she is pleased that the students she oversees are receiving greater attention, even though they constitute under 3 percent of the school’s population.

“It’s so comforting to know that your home away from home, your residence hall, is there and is ready for you,” Dimitrova said. “I think it’ll be a very helpful thing for people to know that they have that place.”

Dimitrova said a concern among students is the issue of whether the dining services hours would be extended to accommodate the students who decide to stay on campus.

Aidoo said dining halls should be open because it is difficult to prepare food and eat properly in halls that do not have an adequate kitchen system.

“Trying to cook is a problem because that one week you’re caught in that tight position where you need to find food for yourself,” Aidoo said. “So then you just resort to ordering food and feeding on snacks. You don’t really eat healthy.”

In response, Prunty said the three dining halls will continue to remain closed during breaks when classes are not in session, but IC Square will be open during lunch hours on weekdays. She said the reason for this is the limited number of staff the college can employ during the break periods.

“What students will need to understand is that break housing has a reduced set of services attached to it,” Prunty said. “We are primarily doing this to accommodate students who need to be here … but it is not the same as when school is in session.”

The hours of operation for dining areas during breaks will be posted on the college’s dining services website a few weeks before each break begins.

The proposal to open residential halls during winter break is currently being reviewed by President Tom Rochon and his cabinet. Prunty said that decision is expected to be made later this week.