SGA bill to improve relationship between students and OPS 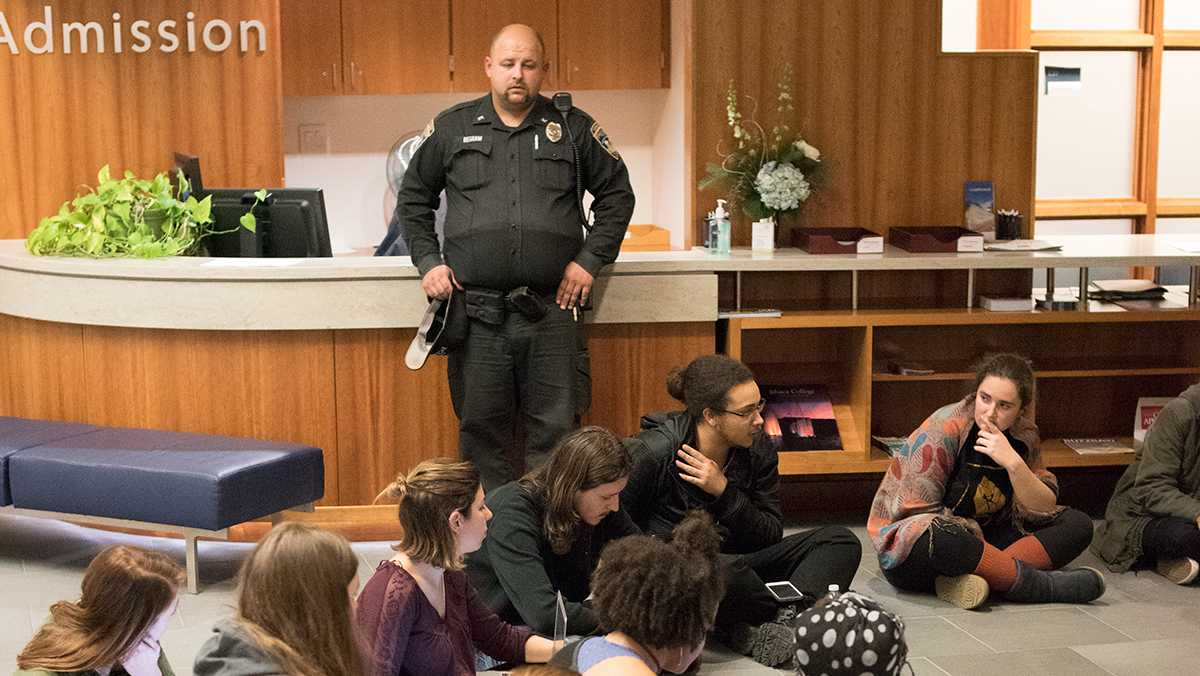 The Ithaca College Student Government Association passed a bill with the goal of mending relationships between the Office of Public Safety and Emergency Management and the student body.

The bill, titled the PEACE bill, was passed at a Dec. 7 meeting. It was spurred by alleged incidents of aggression by Public Safety officers and subsequent protests over the racial climate at the college.

According to the bill, the purpose is “to enrich the relationship between the student body and members of the Office of Public Safety and Emergency Management; and, to ensure the accountability of the actions of Public Safety members, with emphasis on Campus Police.”

“It’s about one, partnership building, but two — not necessarily in that order — building trust: making sure that we are accountable and having our students working with us and talk really about what their concerns are,” Stewart said.

Sophomore Jonathan Couce, senator-at-large in the SGA, said the bill is sponsored by the Public Safety Diversity, Inclusion and Engagement Workgroup, which has been working with Public Safety since September to put this bill together.

Four initiatives are underway, according to the bill.

Benjamin Rifkin, provost and vice president for educational affairs, proposed three of the initiatives in this bill — body cameras, an external review and the community review board — in a plan following protests by the resident assistants earlier this year.

Third-party firms will conduct a review of Public Safety to “assess its recruitment, training, practices and procedures and consider recommendations for improvement,” according to the bill, and a firm should be selected by Spring 2016.

The bill aims to equip every officer with a body camera that can be used as reference for disputed events. However, the bill states there are legal and privacy issues to overcome before body cameras can be deployed.

The body-worn cameras will be rolled out by Fall 2016, according to the bill.

The final provision of the bill is a community review board that will be created as a third party for concerns regarding public safety to be heard. The board will include Ithaca College students from, “diverse backgrounds,” according to the bill.

“Research is currently being conducted regarding different models and best practices for establishing a group like this,” according to the bill.

The goal is to launch the Community Review Board in Spring 2016.

The Public Safety Diversity, Inclusion and Engagement Plan, laid out in the PEACE bill, is a communication strategy between Public Safety and students.

The objective of the PSDIEP is to “implement a strategic plan for building positive and meaningful relationships with the student body (department-wide); and, Develop a communication plan and timeline for objectives,” according to the bill.

This is an addition to the Rifkin’s plan that was announced earlier this year.

The PSDIEP has four initiatives. The first initiative, “community engagement,” aims to build relationships through increased visibility and focus on select student groups such as the African, Latino, Asian and Native American community. The second initiative, “building a positive public image,” aims to conduct assessments, identify impediments and correct them. “Staff training and development,” the third initiative, seeks to develop current cultural sensitivity training. The final initiative, “policy development,” seeks to implement a “Bias Based Policing policy” that includes training on concepts and policy application.

The initiatives are diagramed into three sections: education, engagement and communication.

Listed in the bill, the education section includes items like talking circles and additional trainings for officers.

The engagement section includes plans like an open house at the beginning of the semester, an annual block party, specific classes like women’s self defense and a student internship.

“Public Safety will be able to talk to students and really communicate,” Couce said. “Like what [students’] thoughts are like: ‘We have a problem with public safety. Why is this like this?’ Stuff like that.”

Dominick Recckio, SGA president, said many things in the bill, like the report card system, have not been fleshed out yet.

“I don’t think the bill is going to have a huge impact right now,” Recckio said. “It’s really a communication strategy.”

Couce said it is going to be a while before any sort of celebration.

“When we have community policing properly happening in our community, that is when the celebration is going to happen,” Couce said.