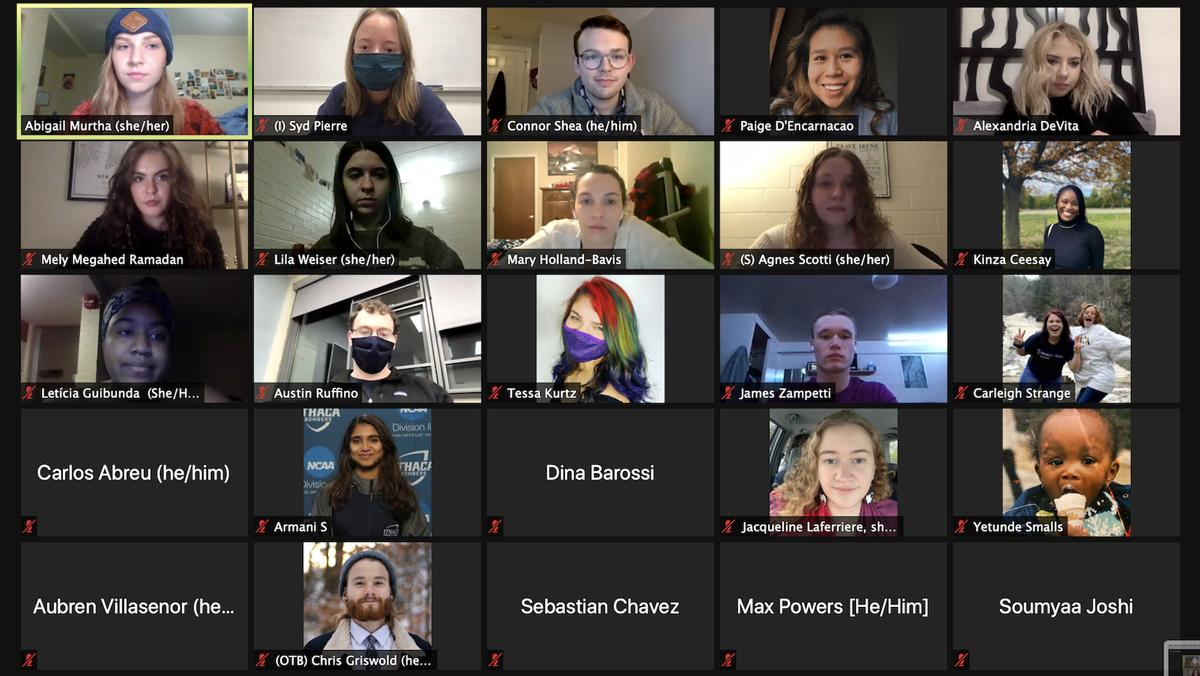 The Ithaca College Student Governance Council (SGC) passed one bill about the creation of student councils for each school and one bill related to its senate chair selection process at its Feb. 15 meeting.

The SGC passed the Dean’s Student Council Recommendation, which recommends that the deans of all five schools at the college create a Dean’s Student Council. Currently, only the School of Music and School of Business have student councils. The bill encourages the creation of dean councils so that deans can obtain a better understanding of issues students have within the school. The SGC also passed the Senate Chair Qualifications and Selection Process Updates amendment, which gives more power to the SGC senate to appoint a new senate chair.

The Dean’s Student Council Recommendation recommends that deans should hold meetings with students in the council at least once a month for a minimum of 50 minutes. The bill states that decisions regarding student representatives in the Dean’s Student Councils are up to the respective deans but recommends that each school have representatives from the Students of Color Coalition (SOCC), members from academic organizations within the school, the SGC and graduate students.

The bill was sponsored by senior Carleigh Strange, school of music senator; sophomores Soumyaa Joshi, vice president of academic affairs, and Tessa Kurtz, School of Health Science and Human Performance senator; and freshman James Zampetti, School of Humanities and Sciences senator. The SGC previously tabled the bill at its Nov. 9 meeting due to its brevity and lack of specificity.

Joshi said she thought the bill was especially important in regard to the Academic Program Prioritization (APP) process.

Many members of the college community are resistant to the APP process. Faculty members, students and alumni have critiqued the draft “Shape of the College” document and voiced their opposition to the plan for the cuts.

The SGC also passed the Senate Chair Qualifications and Selection Process Updates amendment with a vote of 18–0 and one abstention. The bill prohibits the SGC executive board from appointing a candidate for senate chair and voting for a candidate in the event of a tiebreaker. The senate chair is a member of the executive board of the SGC and presides over the SCG meetings.

Powers said the bill allows for more participation from members of the senate in the decision-making process.

“In the past, the board has always just basically nominated a candidate and went to the senate,” Powers said. “This allows for more inclusion of other people.”

Shea said that the amendment updates the process of nominating a senate chair in order to make sure that the executive board member is a true representation of the senate.

The SGC also discussed creating and distributing a campus climate survey for students.

“Think of it as a pulse check for the college, and it will include general campus climate questions,” Shea said. “I do want to ask some questions pertaining to SGC and how the student body perceives SGC.”