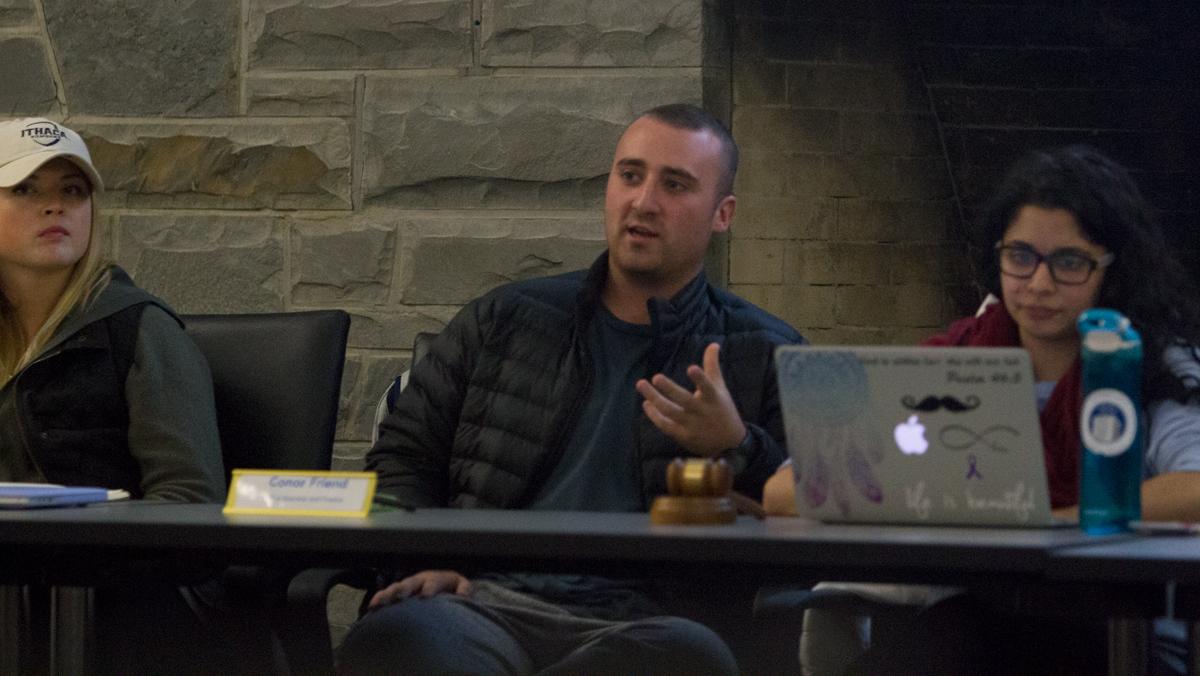 The Student Governance Council passed a follow-up bill during its Nov. 13 meeting to the Review of Article XIII Bill it passed in October that removes the Student Bill of Rights from the SGC Constitution.

The Student Bill of Rights includes many provisions in the Student Handbook. During the Oct. 2 meeting, senior Conor Friend, vice president of business and finance, used the provision that guaranteed students the right to have the college pay for mental health counseling off-campus if they cannot afford it as an example of an unenforceable right. Another provision guaranteed that students would have the right to appeal their grades based on the syllabus criteria of a class.

In addition, the Student Bill of Rights guarantees students the right to dignity and respect, shared governance and institutional participation, institutional transparency, to feel safe and be safe, and to privacy.

Some of the potential options discussed in the Article XIII Reform Bill included revising the bill of rights so that it only relates to SGC policies, recommending that the board of trustees implement protections for some of the rights outlined in the document or create a separate document entitled “Ithaca College Student Code of Ethics,” which would encourage students to live up to certain ethical principles.

Robertson said she served as off-campus senator during the time the Student Bill of Rights was put into the SGC Constitution two years ago. At the time, she voted in favor of the provision, but now, she supports removing it from the Constitution.

“There was a good reason for SGC to pass the Student Bill of Rights at the time — it was a very contentious time on campus, [and the Bill of Rights] provided the framework of a vision for the campus community,” she said. “Right now, we have an administration that looks like they will be willing to work with us, and I believe that we need to work within the parameters of the administration rather than having a bill that’s not actually able to be implemented in the way it was written.”

Gardner said the committee decided that the current version of the Student Bill of Rights needed to be removed from the SGC Constitution because it included too many provisions that the SGC couldn’t enforce.

“It was saying that it could do more than it actually could,” she said. “I think a lot of the ideas in it were great, and I think that’s how the committee felt as well. So we’re trying to find a way to legitimately put those ideas forward.”

Gardner said that because the SGC’s jurisdiction is limited, it will probably take time develop a more permanent solution for protecting student rights on campus. She said she hopes to work with the college to ensure that student rights are protected.

“I’d love to see something come to fruition at least by the time I graduate in 2019,” she said. “I think, especially with shared governance, there’s a lot of potential for the three councils to come together and to create something that is supported by them all, overseeing all constituencies on campus.”