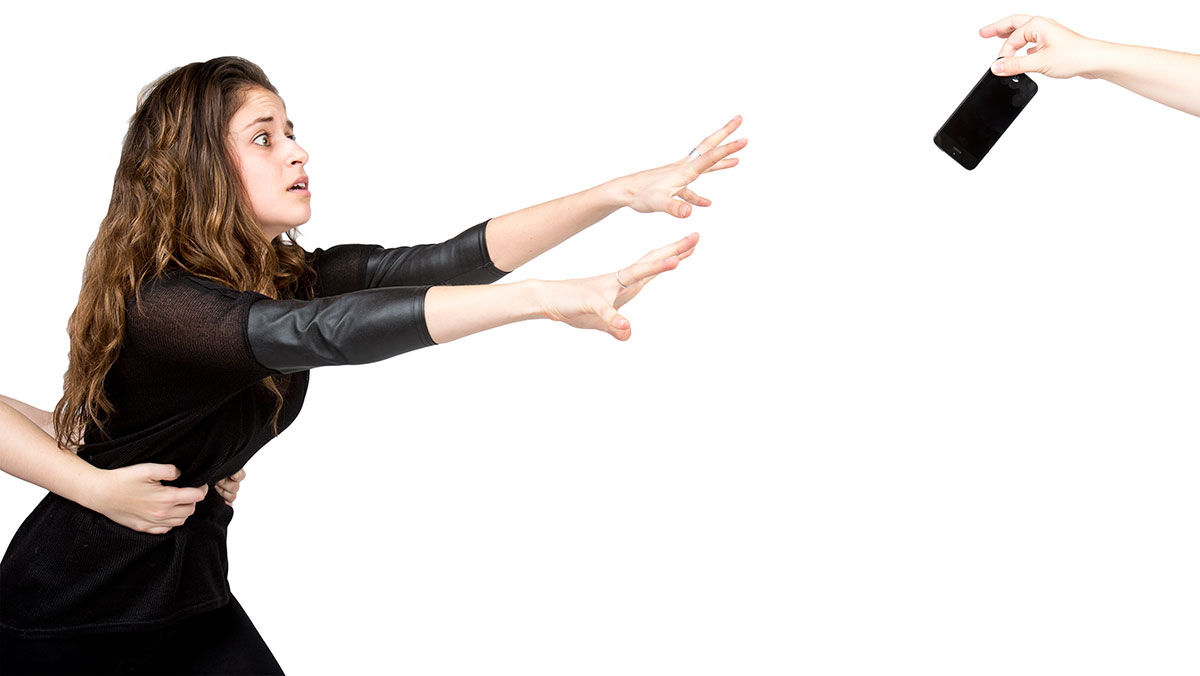 Sophomore Vanessa O’Connor once spent nearly all night and the next day helping her friend search for her lost iPhone.

After losing it at a Cornell frat party, she said they tried a tracker app, walked to a nearby fraternity and cemetery, and finally received a call from an attendee at the original party.

“She was really scared we wouldn’t find it, so we walked around and looked for it and drove back the next morning,” O’Connor said. “She kept thanking the guy who found it.”

The risk of dependence accompanies each wave of technological innovation, but the wave of smartphone technology presents new challenges for students socially and academically.

With 83 percent of Americans aged 18–29 owning a smartphone in 2014, according to the Pew Research Center, attachment to phones is the norm, but it is one that leaves observable effects on the psyche, studies show.

Freshman Logan Silver said being separated from his smartphone is a noticeably uncomfortable experience.

Silver’s situation demonstrates some of the symptoms of “nomophobia,” or mobile phone addiction, a disorder that causes discomfort, anxiety, nervousness or anguish simply by being away from a mobile phone or computer, according to the National Center for Biotechnology Information.

YouGov, an international Internet-based market research firm based in the United Kingdom, first coined the term — short for “no-mobile-phone phobia” — in 2010, when it conducted a study of about 2,100 people that indicated the phobia is alive in over half the British mobile-phone consumer population.

Extending this issue into academia, researchers at Kent State University in 2013 found evidence to suggest that increased cellphone use is related to lower GPAs and higher levels of anxiety.

Jacob Barkley, associate professor of exercise science at Kent State and co-author of the study, said the negative GPA correlation could be explained by the tendency for excessive cellphone use to occur in conjunction with academic activities.

“Research has indicated that when you do that multitasking behavior, your ability to recall anything is very poor, so if you’re someone who’s using your phone a lot … you’re probably not getting a whole lot out of that lecture,” Barkley said.

Professor David Sanbonmatsu at the University of Utah said he refutes the commonly held belief that people are effective multitaskers in his article, “Frequent Multitaskers Are Bad at It.”

Barkley also said the positive anxiety correlation is indicated by the need students feel to constantly respond to the barrage of messages and notifications.

Last year, while she and her friends were in a hurry to catch the TCAT for a trip downtown, sophomore Lauren McGrath lost her phone and had not realized until one of friends returned it to her. She said if she did not find her phone, she thinks it would be hard to communicate with friends.

“I think it would just be hard with friendships,” she said. “I wouldn’t want people to think that I was avoiding them or that I wasn’t trying to make plans.”

Stress and anxiety levels are a paradoxical concept with smartphones. While the devices are meant to reduce stress by making certain functions more convenient, the British Psychological Society found that smartphone use is a higher factor in stress levels than work itself. Richard Balding from the University of Worcester calls this the helpful-stressful cycle: purchasing a device for easy management, but needing to keep up with one’s expanded social sphere trumps the benefits of having a device to manage one’s workload.

As a result, he said, one common side effect is the sensitivity to phantom vibrations, the phenomenon where someone feels his or her phone vibrating despite it being still.

Peter Bregman, CEO of Bregman Partners, Inc., a company that specializes in advising CEOs and their leadership teams on mastering distractions, said these forms of hallucination are the result of over-sensitivity to stimuli.

“We’re so ready that we overreact to a stimulus that hasn’t even existed,” Bregman said.

Some students have found smartphone addiction to be a problem so common they have devised a mind-tricking device to counteract, or at least keep at bay, the negative effects.

A no-technology alternative for the need for phone attachment, the NoPhone, is about 3 ounces of plastic and shaped like a smartphone, designed to act as a surrogate for a real smartphone.

A team of college students from New York City and Amsterdam — the NoPhone team — began a kickstarter campaign to launch the sale of this product. The fundraiser ended Oct. 29 and raised nearly $12,000.

Van Gould, Ingmar Larsen and Ben Langeveld, the makers of the product, said orders for the $12 product have been coming in from across the globe, indicating a widespread addiction to constant cellular contact.

“Smartphone addiction might be the one thing that we all have in common,” the team said via email.

The inception of the idea occurred while they were at a bar and recalled being absorbed in their phones instead of enjoying one another’s company.

“The NoPhone isn’t for everyone, but we hope that the project will at least make people think about disconnecting from their devices more often,” they said via email.

James Roberts, Ben H. Williams professor of marketing in Baylor University’s Hankamer School of Business, in August found in his study of 164 college students that 60 percent admitted to a cellphone addiction, and he labeled cellphones as a possible escape mechanism in class.

Senior Gabrielle Fister said she sees this occurring in her classes.

“In my bigger classes, like psychology, the whole back two rows have their phones up to their faces, like someone actually was playing a video game at eye level, and no one said anything because he was in the very back and they don’t see that in the front,” Fister said. “I was distracted by it.”

Barkley said he thinks excessive cellphone use should be considered a serious health concern in the same way that watching too much television is considered a negative health behavior because the symptoms in each case are similar.

“We’re seeing a lot of the same types of relationships,” he said. “The major problem with the cellphone, though, is unlike a TV, it’s not tethered to anything. So if you’re someone who becomes addicted to this device … you’re constantly tempted to do that because it’s always there in every environment. … There’s really no environment where you can’t use the device, and there’s evidence that people are using these devices in every possible environment you could imagine.”

When this behavior extends into the classroom, psychology professor Nancy Rader said students do not always even recognize how their behaviors are not productive.