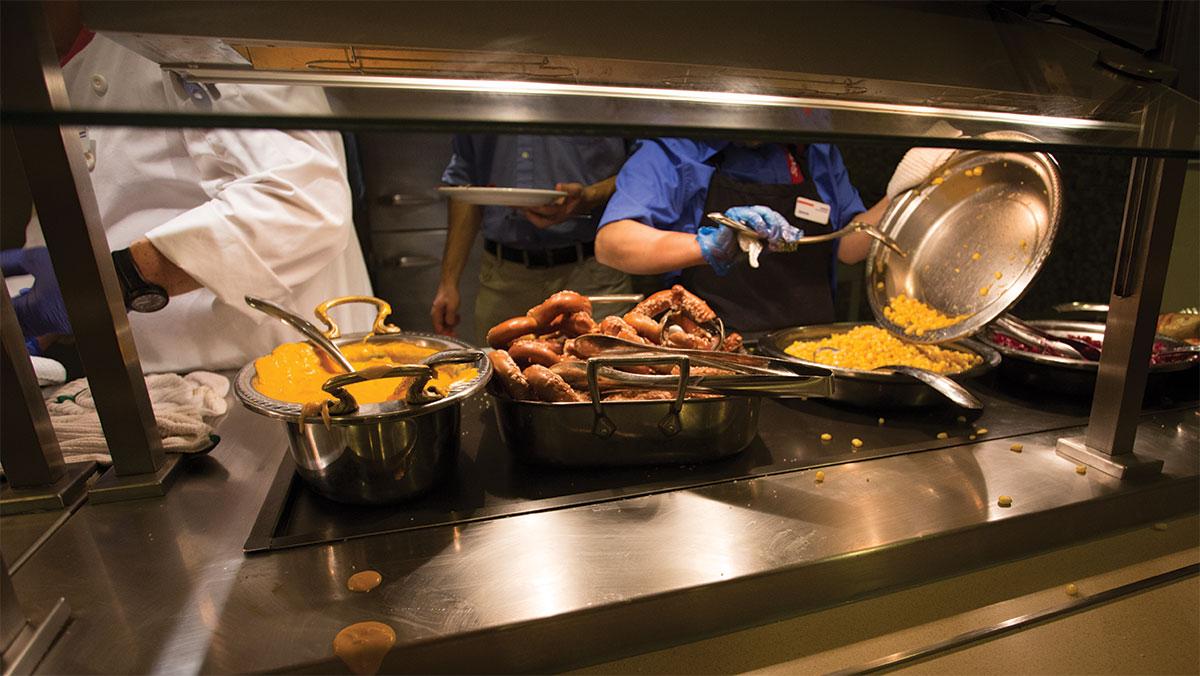 Sodexo has announced meal benefits for student managers at Ithaca College dining halls will be ending after the spring semester.

Meal benefits allow student managers in each of the college’s dining halls to get lunch and dinner without using a meal plan, regardless of whether they are working at the time, while still being provided food during their shift. Student managers said the practice of offering the meal benefits to managers has been in place at the college for a long time and is an industry standard at colleges across the country. However, Jeffrey Scott, the area general manager of Sodexo overseeing the college’s dining services, said the practice violates student-employment policy.

Senior Ryan McGee, a student manager at Terrace Dining hall, said many student managers, especially those who live off campus, rely on the meal benefits for food every day.

“We rely on it a ridiculous amount,” White said. “I’m lucky because I’m still living on campus, so I have a meal plan … But I had to go in and change my meal plan to unlimited because I was having every meal at Terraces, and now I can’t do that so I had to upgrade.”

“Overall, there’s no benefit to being a student manager,” she said. “We come early, we leave late, we do more work, we dress up, we’re more professional, but we’re paid and treated the exact same as the student workers.”

White said student managers felt blindsided by the decision to revoke the meal benefits. McGee said there were rumors last semester about the meal benefits potentially becoming a problem, but he said the issue came to a head when Danine Dibble, Sodexo operations manager of catering and resident dining, informed the student managers’ bosses that the benefits would not continue.

In response to the decision, the student managers wrote an open letter to Ithaca College Dining Services and Sodexo, which they sent Jan. 26. The letter quotes a section of the college’s student handbook which says, “Dining Services employees are entitled to a meal during their working shift only … These policies are not intended to be all-inclusive. The company reserves the right to establish additional rules and regulations as needed.”

Scott said after reviewing the meal plan policy, Sodexo management decided to allow meal benefits for student managers to continue for the remainder of the spring semester.

“We felt that it was important that we honor the offer of perks that was discussed when those student managers were hired by dining managers,” Scott said.

However, he said the policy will not continue after the spring semester.

“That [the meal benefits] was done in error. It was not in accordance with our policy and with our benefit offer,” he said.

Responding to student managers’ assertions that meal benefits have been in place for an extended period of time, Scott said the issue was only recently brought to the attention of upper-level Sodexo management.

McGee said while he is pleased that student managers will be retaining their meal benefits for the duration of the semester, he believes taking those benefits away in the future is wrong.

“I would like to see it become policy that managers have this benefit … Because it’s been this way for so long,” he said.