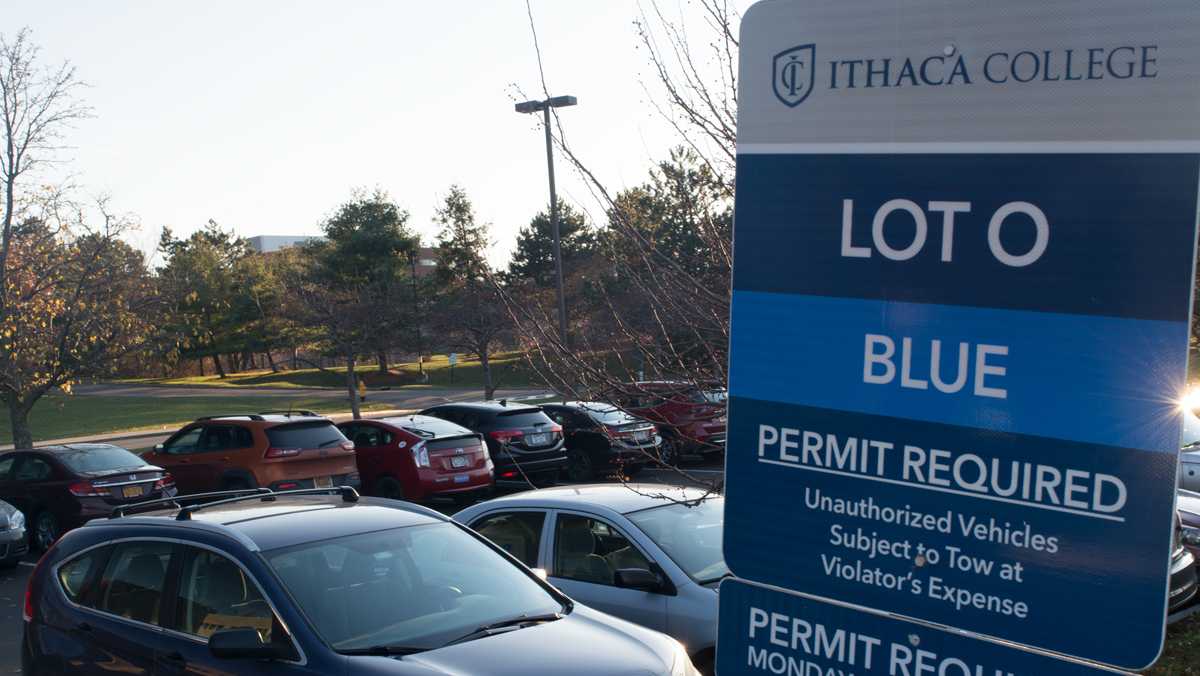 Ray Volkin/The Ithacan
Four Ithaca College students are conducting a travel survey for employees at the college to evaluate how much carbon emissions are released for business travel.
By Madison Fernandez — Staff Writer
Published: December 5, 2017

A group of Ithaca College graduate students is conducting a survey to gather data about staff and faculty travel habits on college-related business.

The results of the survey will be used to see if the college is moving toward its goal to reach carbon neutrality by the year 2050, as established when former President Peggy Ryan Williams signed the Climate Leadership Commitments in 2007.

Greg Lischke, director of energy management and sustainability, said the data will be used for future reporting regarding scope 3 emissions. Scope 3 emissions include the carbon emissions as a result of traveling. The college is a member of the Association for the Advancement of Sustainability in Higher Education, which conducts the Sustainability Tracking, Assessment and Rating System reporting platform. This system helps colleges assess sustainability performances. However, it is difficult to assess this without complete data.

Lischke presented to the class, which consists of the four students mentioned above, about sustainability issues earlier in the semester. The students’ project was inspired by his lack of baseline data regarding faculty and staff travels.

Srijana Bajracharya, professor in the Department of Health Promotion and Physical Education, teaches the class and is advising the project. Bajracharya said the survey is a service-learning opportunity because the students are applying what they learn in class while providing information to Lischke.

Bajracharya said that faculty members at the college do travel often, especially those on the track for tenure, because they attend conferences and conduct off-campus research in their areas of specialization.

“We are supposed to disseminate and let other people know there are innovative ideas we come up with,” Bajracharya said.

The college gives money to every department to be used for business travel. This money can be used to pay for flights, provide cars to those traveling or reimburse faculty members for gas, she said. Stewart Auyash, associate professor and chair in the Department of Health Promotion and Physical Education, said that each department is given approximately $1,500 for each faculty member each year for travel to conferences and professional meetings.

The anonymous survey, which was created using, a web-based survey tool, asks faculty and staff about their air travel habits, how they commute to work, their attitude toward climate change and if they consider their impact on carbon emissions. The survey was initially sent to the college’s faculty and staff via Intercom the week of Nov. 6 and was sent again the following week via email in an attempt to get more responses, Spearman said.

Spearman said the group received 509 responses in total, including both completed and partially completed surveys. The group accepted responses until the last week of November. Bajracharya said that out of the approximately 1,800 faculty and staff members, they would need at least 350 responses to have a reasonable range of data.

Bajracharya said although the project may not necessarily reduce the college’s carbon footprint due to the necessity of business-related faculty and staff travel, it will lead to more discussion regarding the issue.

“Which is more important, faculty and their scholarship, or the carbon footprint?” Bajracharya said. “We have to weigh that.”

Harrington said he hopes other colleges and universities will follow their lead and look for ways to decrease their carbon footprint.

“I think we’re kind of leading by example now for other institutions, because we’re actually going about trying to gather information as to how our faculty and staff are doing,” Harrington said.

Correction: The original version of this article misnamed the organization that collects the data for sustainability performance.