Students work with patients in Africa through health care program 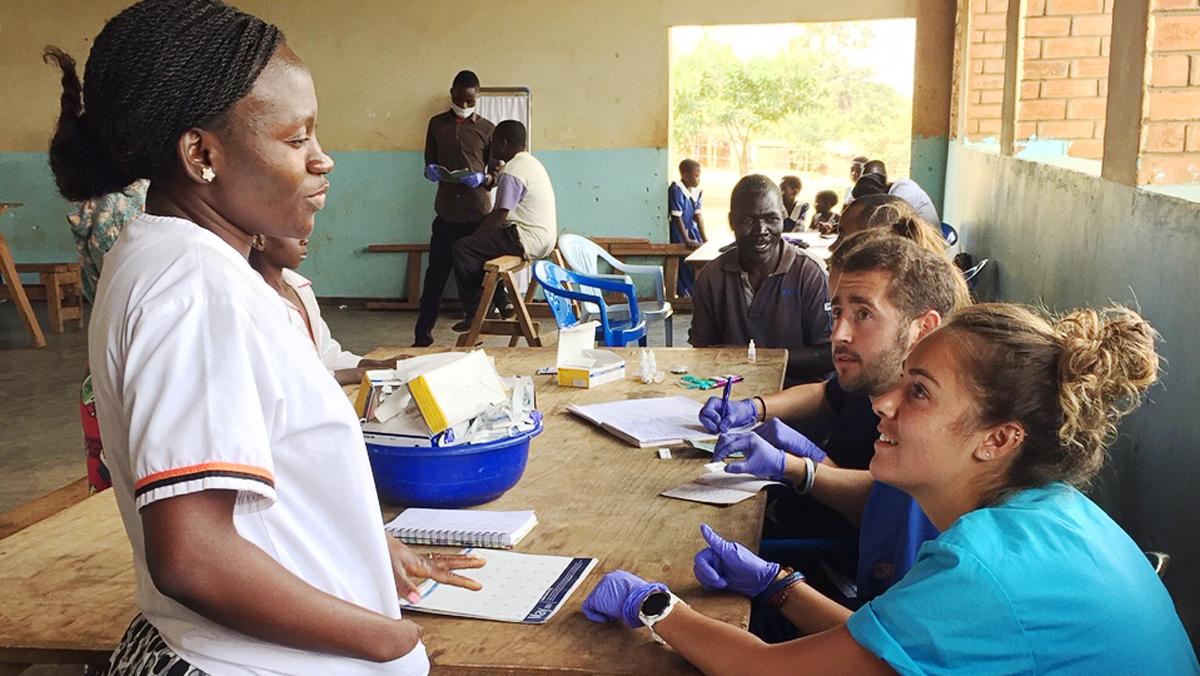 Seven Ithaca College students — led by Mary Taylor and Erica Weiss, registered professional nurses in the Office of Counseling and Wellness at Ithaca College — arrived early one morning this past summer at a hospital outside of Lilongwe, Malawi. Over 600 people had already gathered to receive medical treatment. For many of those individuals, this would be the only health care they would receive all year.

During the summer study abroad program, Healthcare and Culture: An International Field Experience in Malawi, students stayed in five different cities in Malawi for 17 days to provide health care at each location. Some students focused on registering incoming patients, while others took blood pressure readings or assisted with other medical tasks, Taylor said.

Junior Luke Charles, one of the attendees, said the program exposed him to a wide range of individuals.

“With so much to do it’s hard not to feel like you’re getting off schedule,” Charles said. “But you learn to go with the flow and drop what you’re doing to take care of what is most important.”

The program has been around since 2009 and costs approximately $6,000 per student to attend. This fee includes round-trip airfare, transportation while in Africa, international health insurance and field trip fees, as well as the tuition for two credits from the college. While the program focuses on health sciences, it is open to students from other programs, Taylor said.

Through the Ministry of Hope, as well as donations brought in through the college, the group was able to bring medical supplies to patients in Lilongwe. Ministry of Hope, a group overseen by both a Malawian board of directors as well as U.S. directors, is a Christian organization that funds a mobile medical clinic, crisis nurseries, child and adult education programs, Bible training and orphan feeding centers.

Malawi is widely regarded as one of the poorest countries in the world, with over half the population living below the poverty line, according to the International Monetary Fund.

Nearly 100,000 deaths every year in Malawi can be attributed to malaria, a disease that is typically considered curable with access to adequate healthcare. Taylor said that if some of the vulnerable populations, including children, did not get treated, they would have died.

Junior Grace Thomas said the time she spent in Malawi presented a unique look at another side of the world.

“You really are forced to look inward at your own identity and have faith that what you are doing is doing a little good,” Thomas said.

One day, the students volunteered at Blessings Hospital, a privately owned 24-hour hospital in Lumbadzi, Malawi. The next day, the students spent their time at a mobile medical clinic in Selengo. Many of the individuals seen at these healthcare centers were in dire need of medical attention, Taylor said.

Members of the group were familiar with the white savior complex — the idea that a white individual helps people of color in an overall self-serving way — but the program is operated in a way that ensures that the needs of Malawians come first, Taylor said.

Guidelines and information meetings before the group departed outlined proper conduct, and many of the students were aware of the socioeconomic differences they would experience abroad, Thomas said.

Junior Devyn Warner said she chose to take part in the program after seeing it advertised at a study abroad fair. She said her experience caused her to evaluate her own experiences as a student at the college.

“It was hard not to feel guilty, almost, having hot water and nice accommodations, and some days I just needed to take time to process it all because it’s emotionally draining,” Warner said. “This is the stuff that really needed to be seen and understood.”

Thomas said she values a particular moment when she firmly grasped a man’s hand while she helped him fill out his medical paperwork. She told him her name was Grace, to which he responded, “Chisomo,” the Nyanja word for grace. She said the bond they experienced was difficult to put into words.

Charles said he learned to appreciate every moment working with the Malawian people.

“Sometimes language was a barrier,” Charles said. “But when you’re running around with these kids, playing, smiling and laughing — that’s a universal language.”