Skott Freedman ’01, assistant professor of language pathology and audiology at Ithaca College, will present his findings today on a study about student autism awareness. 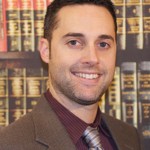 Freedman said most students have a general grasp of autism.

Freedman serves as the faculty adviser for the new student organization Autism Speaks U. Freedman will present “Autism Awareness Amongst Ithaca College Students” to show the results from an online survey of more than 400 students at the college at the monthly Faculty Colloquium from 5 to 6:30 p.m. today in Emerson Suites.

Staff Writer Lucy Walker spoke with Freedman about his study on autism.

Lucy Walker: What initially interested you about speech language pathology?

Skott Freedman: I was interested in speech language pathology just because I have always been fascinated by communication — how differently people communicate. To think of a child or adult who didn’t have that skill that we all take for granted made me definitely want to get involved and see what I could do to help.

LW: What is the purpose of your presentation?

SF: Autism is considered one of the fastest growing disabilities, so we hear about it, but it’s fairly low incidence. It’s only 1 percent of all children, but we hear so much about it in the media. One of the reasons is because it’s a really fascinating disorder. There’s so much variability, from the child who has no words to the very, very verbal person who may just socially be not what we expect for their age. That variability intrigues people. There are so many fields on our campus that will end up working with people with autism.
LW: What is your personal interest in autism?

SF: I’m a practicing speech language pathologist. I’ve been practicing for five years in addition to being a professor, and I used to work in a private school where 90 percent of students in the school are on the autism spectrum. So I have a lot of personal experience working with autism, and my cousin also has autism. His name is Mickey, and he is in his early 30s and knows an incredible amount of information about air conditioners. We find these kind of repetitive, restrictive interests but [they’re] not very high-functioning, so there is very little you can do independently.

LW: What were your findings in the study?

SF: The average accuracy rate was 67 percent, so my take is [students] know quite a bit about autism. The areas they were the lowest on related to how common it was. There’s a perception that it’s a lot more common than it is. Some people thought it was twelve kids out of a hundred have autism. They weren’t as aware that autism is four to five times more likely in boys than girls. Fifteen percent of people said no difference between boys and girls. Probably in the biggest area there was low awareness on what increases the risk. Specifically, older advanced maternal age as well as advanced paternal age with younger mothers.

LW: What does this reflect about the campus?

SF: On the whole, the campus is definitely pretty aware of the characteristics of autism, which is really good. And there’s a new organization starting called Autism Speaks U, a college chapter of the national organization, so there’s definitely a buzz and interest in autism on campus. I am interested in engaging in a conversation with professors. Instead of telling other people what to do, I am curious what other people think we should do about these findings, if anything.