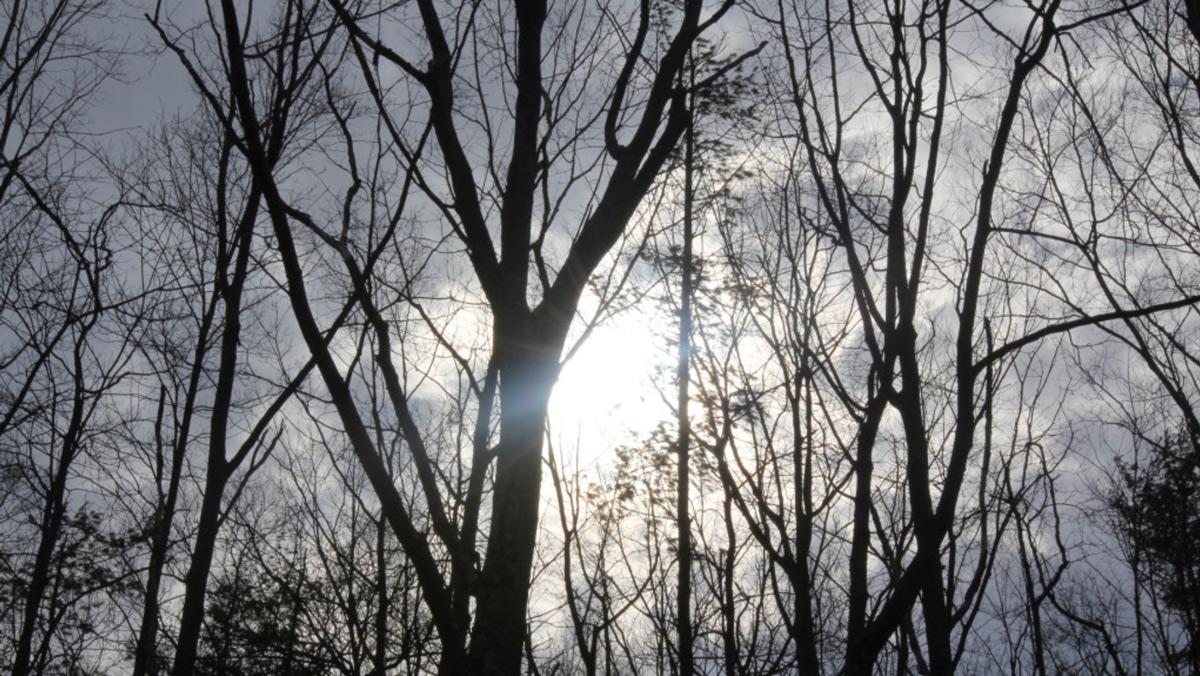 There were two reported incidents of forcible touching — with one being classified as rape — approximately four miles from the Ithaca College campus in October, according to a statement from the Tompkins County Sheriff’s Office.

The Tompkins County Sheriff’s Office initially reported Oct. 29 that a man had forcibly touched two women on separate occasions. The first incident occurred Oct. 14 in the 2600 block of Danby Road, and the second occurred Oct. 28 on the Thayer Preserve Trail on Sand Bank Road. Both incidents were potentially related, according to a statement from the Sheriff’s Office. The Sheriff’s Office issued an update Oct. 30 stating that the Oct. 28 incident involved a forcible rape. 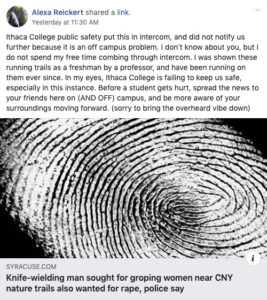 Junior Alexa Reickert said she was frustrated with the lack of notification to the campus community and took to the Facebook page “Overheard at IC” to share her concerns.

The suspect is described as a white male between 20 and 30 years old. He is described as being between 5’6” and 5’8” with a stocky build. In both incidents, the suspect was wearing dark clothing and a ski mask. The suspect reportedly pointed a knife at the female victims.

The Office of Public Safety and Emergency Management issued an Intercom announcement Oct. 31, two days after the original report from the Sheriff’s Office, to warn the campus community about the incidents.

Tom Dunn, associate director for Public Safety, said the office wanted to notify the campus because students use trails such as the Natural Lands and the South Hill Recreation Way.

Dunn said there is no known connection between the college community and the incidents.

Dunn said that since the warning was issued, no one in the campus community has reported a sighting of the suspect in these incidents to Public Safety.

“We just want people to take the normal precautions that we would always recommend, … to travel in groups and not travel alone,” Dunn said. “Read the regulations on the trails that you’re on. If they close at dark, make sure you’re off trails by dark.”

Dunn said students can call Public Safety or activate a blue light to have an officer or a member of the Student Auxiliary Safety Patrol escort them if they feel unsafe on campus.

Junior Alexa Reickert said she was frustrated with the lack of notification to the campus community and took to the Facebook page “Overheard at IC” to share her concerns. She said she lives off campus and often runs on the trails where the incident took place. She said she heard about the incidents from her roommate rather than Public Safety or an official source.

“First of all, a lot of students don’t read Intercom,” Reickert said. “And second of all, this guy hasn’t been caught yet. So maybe more girls are on the trails. … Again, it’s more so just frustrating that people are out there that don’t know about it.”

Instead of an announcement on Intercom, Reickert said, she would have preferred a direct email or phone call. The college has an Emergency Notification System, but, Dunn said, it is reserved for situations in which the campus community is considered to be in imminent danger and for incidents that occur within a close distance of campus. Dunn said that he did not know the exact distance but that four miles would be too far.