The Ithacan wins awards from SPJ and NYPA 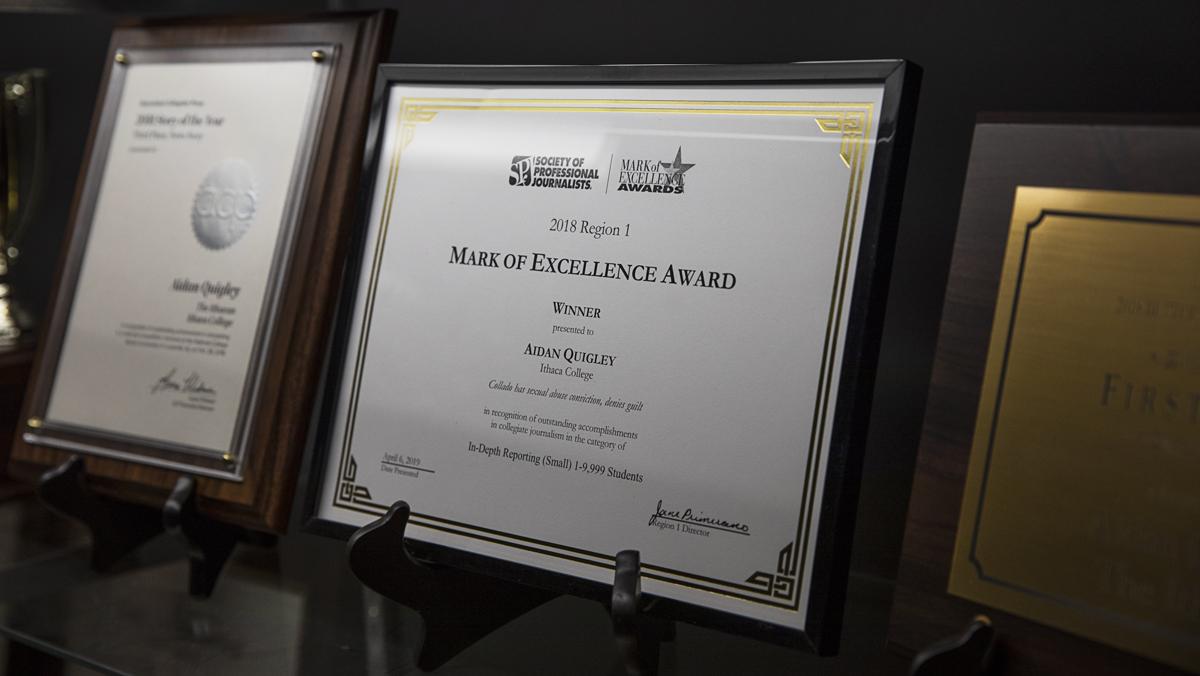 Kristen Harrison/The Ithacan
The New York Press Association named The Ithacan the Best College Newspaper in New York state for 2018 and gave awards to numerous Ithacan stories. The Society of Professional Journalists also gave The Ithacan an award for a story written during the past year.
By Krissy Waite — Assistant News Editor
Published: April 10, 2019

“Collado has sexual abuse conviction, denies guilt,” a story by Aidan Quigley ’18, 2017–18 Ithacan editor in chief, that appeared in the January 25, 2018, issue of the paper, was honored at separate conferences by the Society of Professional Journalists (SPJ) and the New York Press Association (NYPA) on April 6.

The SPJ Northeast Region — Region 1 — awarded the story its first place Mark of Excellence Award in the investigative reporting category at its annual convention. The convention was held at Northeastern University in Boston. The story will compete against the other 11 SPJ regional winners for the national Mark of Excellence award, which will be presented at the SPJ annual conference Sept. 5–7 in San Antonio. SPJ is the largest organization of reporters and editors in the country.

The same day, the NYPA awarded the story on Ithaca College President Collado first place in the news story category in its Better College Newspaper competition at its annual convention, held at the Hilton hotel in Albany, New York.

Earlier this academic year, the story also won third place nationally in the Associated Collegiate Press’ Story of the Year competition. The ACP is the country’s oldest and largest national membership organization for college journalists.

Sophia Adamucci named next editor in chief of The Ithacan