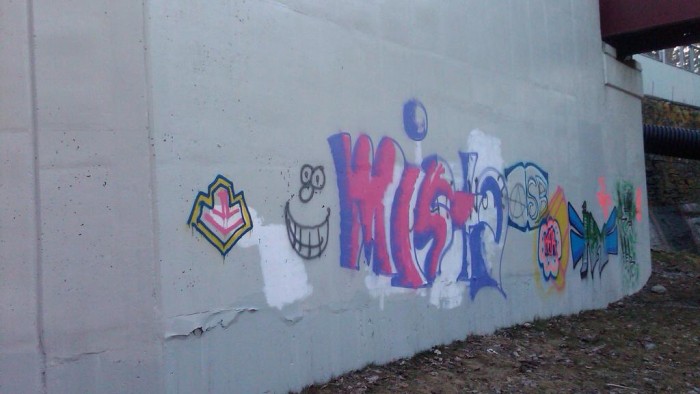 The IPD took a photograph of the graffiti made by the two students.
By Kacey Deamer — Online Editor
Published: March 24, 2013

Two Ithaca College seniors were arrested Friday night and charged with making graffiti on the north end of the Columbia Street Pedestrian Bridge.

“They were arrested and referred to Ithaca City Court, charged with misdemeanors,” he said.

The Ithaca Police Department received a call from a citizen at about 8:16 p.m. Friday reporting the incident.

According to a press release, when an IPD sergeant and lieutenant arrived at the north and south ends of the bridge, the lieutenant detected a strong odor of spray paint. Hilton and Leary were found under the bridge.

The students made an attempt to leave but were taken into custody, the release said.

The crime comes following a major November 2011 renovation of the bridge.

Both students were released on a $250 cash bail and additional charges may be pending.