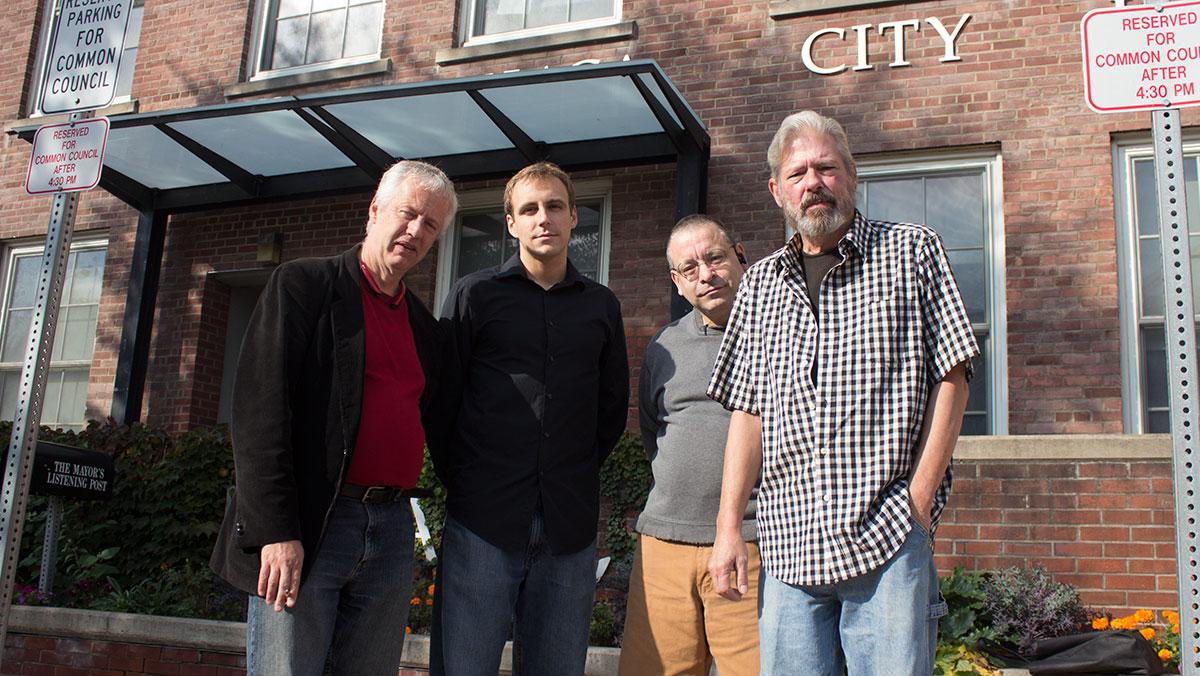 The New York state minimum wage for tipped employees makes getting by increasingly difficult, Eric Byrd, a tipped worker who testified in front of the New York Wage Board Oct. 3 in Syracuse, New York, said.

According to the New York State Department of Labor, Gov. Andrew M. Cuomo convened the Wage Board to examine whether any regulations for tipped workers in the restaurant and hospitality industry should be changed, specifically looking at the rules pertaining to minimum wages for those workers.

The Wage Board is made up of three members: Heather C. Briccetti, president and CEO of the Business Council; Peter Ward, president of the New York Hotel Trade Council; and Timothy Grippen, retired Broome County executive.

In a press release, the NYSDOL said the Wage Board is holding four hearings in total, the first of which was Oct. 3 in Syracuse. The three other hearings will be Oct. 20 in New York City, Nov. 13 in Buffalo and Dec. 9 in Albany.

Byrd, who works for a franchise pizza place in Ithaca, which he preferred not to identify, was a part of a group of workers brought by the Tompkins County Workers’ Center to testify in support of raising the minimum wage for tipped workers.

Pete Meyers, coordinator of the TCWC, said the group began a petition recently to raise minimum wage for tipped workers, which he said had already gathered 90 signatures as of Oct. 1.

“Back in 2005, what I made wasn’t bad money at all,” he said. “But now I’m married and I’m the only breadwinner of the family, and we’re just barely squeaking by on what I make.”

Currently, Meyers said, the living wage in Tompkins County — the level of pay at which a person can maintain a normal standard of living — is $12.62 an hour. While this number is the TCWC’s goal, Meyers said even a raise to the regular state minimum wage of $8 an hour would be a big step.

Byrd said a wage increase for workers could jumpstart the local economy.

“When poor people get their hands on money… they run out and spend it,” he said. “And more money in the hands of consumers who spend it raises the revenues of all the local businesses that rely on that.”

Byrd said there were also people at the hearing from the restaurant industry testifying against raising the minimum wage for tipped workers.

Under the General Industry Minimum Wage Act, employees in the hospitality industry in the state of New York must make a minimum of $8 an hour, but industries such as food service set lower minimum wage at $5 an hour for workers as a result of the expected tips, according to the U.S. Department of Labor website.

Jay Holland, government affairs coordinator at the New York State Restaurant Association, said with tips, workers at restaurants are already paid above the state minimum wage. The average waiter and waitress in New York makes $11 an hour, according to the U.S. Bureau of Labor Statistics.

The NYSRA opposes increasing the wages of tipped workers, Holland said, because it would unnecessarily raise costs on businesses.

But Meyers said he has heard many accounts through his work with the TCWC from workers who were not provided the wages needed to put them over $8 an hour, which is wage theft.

Holland said the NYSRA is in support of harsh penalties on employers who fail to provide their workers with adequate wages.

“I think that if you completely eliminated the cash wage then you would see restaurants needing to cut hours and [laying] people off … mostly because diners are pretty cost-conscious, and the restaurant owners would rather not raise many prices,” he said.

Cynthia Ulbing, a sophomore at Ithaca College, said she works as both a hostess and a server at a corporate restaurant.

Ulbing said working as a server is generally more lucrative than being a hostess because she makes $5 an hour plus tips. As a hostess, Ulbing said she makes $9 an hour.

“Serving makes more money in the end, unless you have a really slow shift where you just don’t get any tables or the tables are just really poor tippers,” she said. “On a good day, you can make upwards to $10, $20, $30 an hour.”

Ulbing said whether she makes what she considers to be a living wage varies from week to week.

“When you rely on other people’s generosity, it’s sketchy,” she said. “Usually, yes we make ends meet, however some weeks you don’t, and there’s really no way to make up that slack.”

Ulbing said she would not have a problem with the TCWC’s petition to raise minimum wage for tipped workers, as she said it would make servers more financially stable and allow the restaurant industry to keep quality employees. However, she said she thinks it is possible to get by at the current wage level.

The NYSDOL press release said the Wage Board will make a recommendation to the State Labor Commissioner by February 2015 on whether the minimum wage standards for tipped workers should be changed.