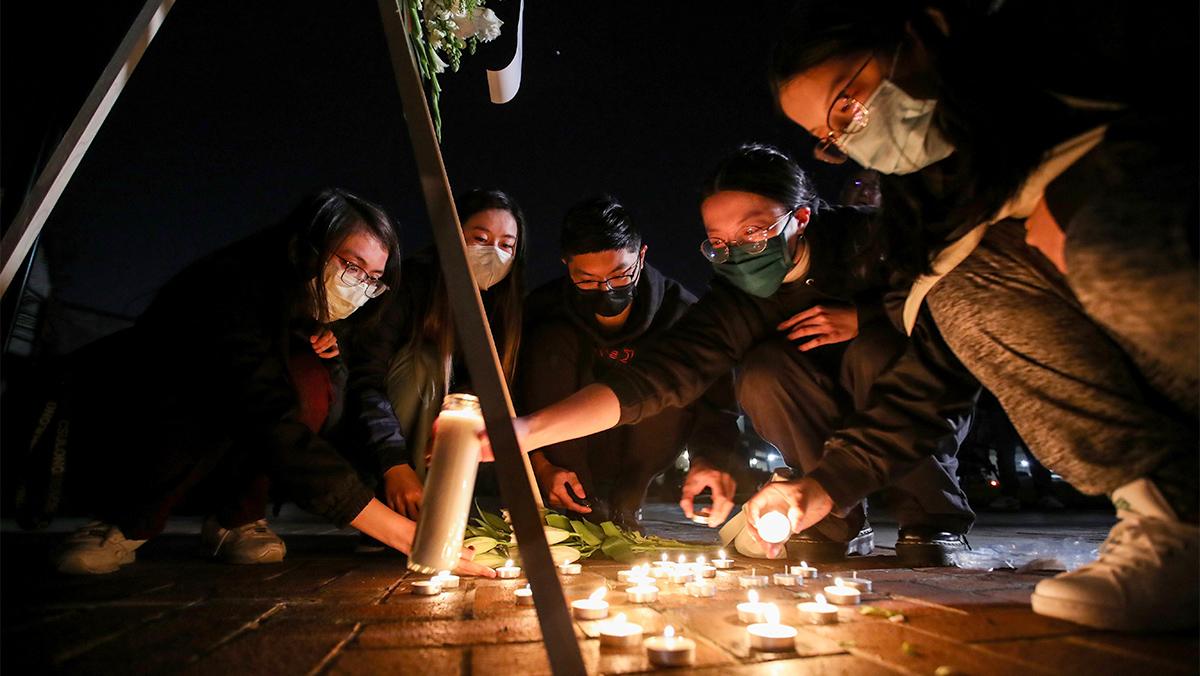 ALLEN J. SCHABEN/TRIBUNE NEWS SERVICE
California reels from mass shootings: As mourners were gathering the evening of Jan. 23 for a candlelight vigil in Monterey Park, California, for 11 people killed by a gunman at a dance studio, word spread of another mass shooting in Half Moon Bay, California.
By Tribune News Service
Published: January 25, 2023

A lawyer for former Vice President Mike Pence found 12 classified documents in a search of his Indiana home in the latest development related to the handling of secret information by officials. Pence quickly moved to notify authorities and handed over the documents unearthed in the search, which was launched after similar searches turned up classified materials at President Joe Biden’s home and office.

China confronted regarding its companies’ ties to Russian war

The Biden administration has confronted China’s government with evidence that suggests some Chinese, state-owned companies may be providing assistance for Russia’s war effort in Ukraine as it tries to ascertain if Beijing is aware of those activities, according to people familiar with the matter.

Putting aside resistance from the Pentagon and elsewhere, the Biden administration is planning to announce a decision to send Abrams M1 tanks to Ukraine, officials said Jan. 24. The tanks, long sought by Ukrainian President Volodymyr Zelenskyy, would provide the heaviest weaponry yet among the billions of dollars in military aid Washington has sent to Ukraine to help repel a brutal Russian invasion. But given the sophistication, complexity and firepower of the tanks, it could be months or even more than a year before they reach the battlefield and Ukrainian fighters are trained to use the equipment. U.S. officials are also keen to send a political message to Germany, which has been reluctant to provide its own Leopard 2 battle tanks to Ukraine unless the U.S. also offers tanks.

Floridians will soon get another chance to weigh in on the state’s pending ban on medical treatment for transgender children diagnosed with gender dysphoria. However, it is unlikely that the proposed restrictions will change signifi cantly, as Governor Ron DeSantis’ administration has taken aim at this issue. A public hearing has been scheduled for Feb. 10 in Tallahassee. LGBTQ+ advocates are expected to attend and oppose the restrictions, which were approved by the Florida Board of Medicine and Florida Board of Osteopathic Medicine in November.

Americans will get a clearer idea of how often they will roll up their sleeves for COVID-19 shots when advisers to U.S. regulators meet Jan. 26 to discuss an immunization schedule that looks more like the one used for fl u. The plan would have health offi cials meet each June to review which strains of the virus should be included in COVID-19 shots to be deployed no later than September of the same year, according to documents released by the U.S. Food and Drug Administration.