Commentary: CAPS is still not ‘ready’ 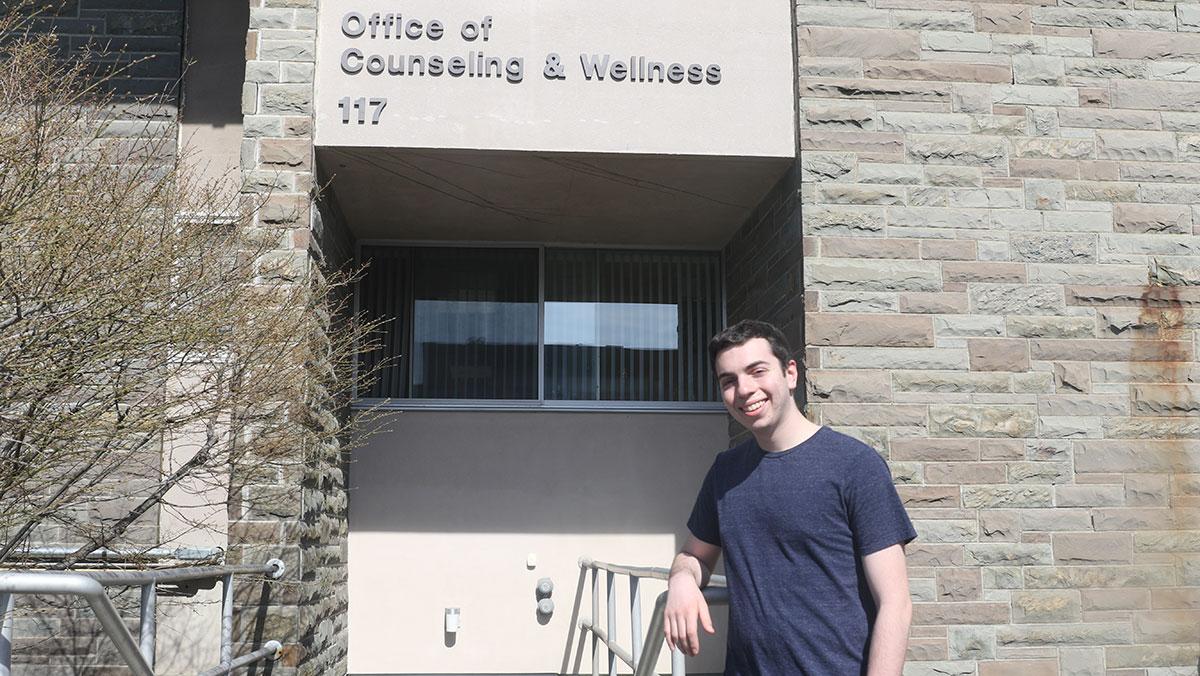 Kayla Dwyer/The Ithacan
Junior Matthew Hirsch said though CAPS has benefited from the decision to add a staff member, there is still work to be done to address the sheer amount of demand for CAPS services.
By Matthew Hirsch
Published: April 20, 2016

Less than a full year ago, students at Ithaca College were up in arms about the administration’s lack of interest in sufficiently staffing and funding the Office of Counseling and Psychological Services in IC’s Health Center. Now, CAPS has employed an additional post-resident to provide counseling services — though a new resident will be hired for the position each year. With this additional staff member also comes a change in CAPS’ assessment system for new patients, as students are now interviewed via telephone before appointments to measure the severity of their mental health needs. This is in response to the overwhelming amount of new patients that CAPS receives each semester. Since this victory for the #GetCAPSReady campaign, students have since moved on to putting their efforts toward other vital and widely ignored issues on campus. And while IC has made progress in acknowledging the importance of mental health care on campus, it absolutely does not mean that CAPS has the funding and staff it needs to help the students who need it.

Due to the overwhelming demand for individual counseling services amongst the student body, CAPS has had to refer students towards other services and resources in order to make sure everyone gets some form of assistance. Some of these measures include referring students to group counseling services and encouraging them to seek off-campus counseling. Though CAPS staff are attempting to ensure that all students have access to mental health resources, these efforts have caused current CAPS patients to feel stressed about having to switch to different and less convenient forms of counseling services.

In addition to being pushed out of CAPS services, sometimes as quickly as they are brought in, students who find help through the office’s resources may have to deal with the issue of starting over with a new counselor due to extremely frequent staff changes. Many CAPS patients are forced to give up invaluable bonds that they have made with their psychologists or social workers and, as a result, can sometimes be discouraged from seeing a new counselor.

One senior, who chose to remain anonymous, said that after the first two counselors she was seeing left CAPS, she gave up on its counseling services entirely. She said, “Switching to a new counselor made me a bit nervous the first time because I didn’t know if I was going to click well with the new counselor.”

This student said that she almost had an instant connection with her first counselor, but then found it a little challenging and time-consuming to develop the same level of trust with the second counselor.

“I had already had a hard time seeing therapists for longer than one year, so after the second CAPS counselor left, I basically said ‘forget it’ and stopped going. It’s frustrating when you only get to talk to someone for a semester, only to have to start the process all over again with someone who you don’t even know will get you.”

As a previous Ithacan article has stated, a National College Health Assessment Survey found that, for the past 12 years, IC students have been drinking alcohol and using marijuana much more frequently than the national average for college students. As it is, one in four Americans already struggle with some form of mental illness. When taking these two statistics into consideration, it shouldn’t come as a surprise that 16-17% of IC students request counseling appointments with the office with CAPS.


CAPS is not only used by students from all schools and class years, but can be invaluably beneficial in helping all members of the IC community on a social, academic, and personal level. If the administration will not make any more efforts to help fund additional resources for CAPS, then perhaps the help can come from elsewhere. For example, gifts given to the IC Annual Fund through the Senior Class Gift Campaign and by alumni can be allocated directly to CAPS per the request of the donor. Giving through this avenue would ensure that CAPS directly gets the funding it deserves.

Matthew Hirsch is a junior integrated marketing communications major who is on the executive board of Active Minds. Email him at mhirsch2@ithaca.edu.