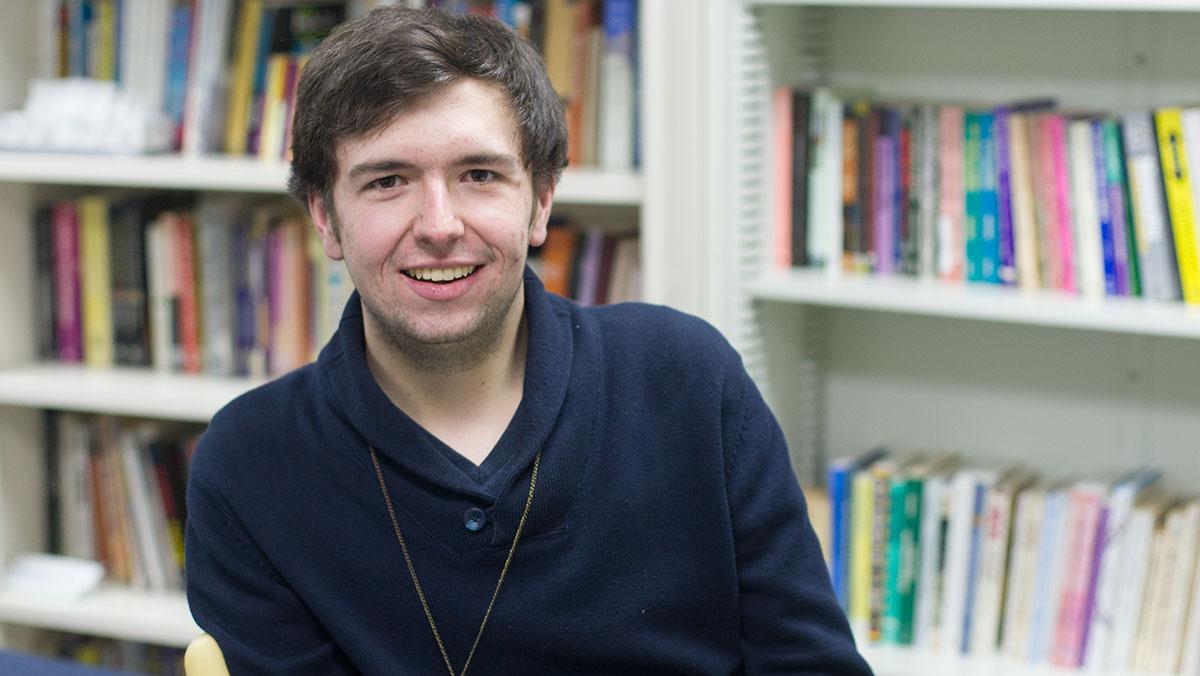 Kayla Dwyer/The Ithacan
Junior John Jacobson identifies as genderqueer and said the college should not use diversity initiatives as a Band-Aid for structural problems.
By John Jacobson
Published: March 9, 2016

Ithaca College is embracing the word “diversity” as though it’s enough to change the campus landscape. Adding marginalized voices and diverse content to classrooms and education is critical, but treating it as a cure to systemic problems misses the point. We need Ithaca College to work on changing how it operates from the ground up instead of using diversity initiatives to veil its lack of concrete long-term action.

When marginalized students protest, speak up, and talk about how our identities are made less-than-human in places like higher education, we’re doing so for more than just a diversity of voices. We do so because demanding a voice is a political act, and demanding that the system itself change for us is a political act. The diversity of our political narratives is only one part of the equation — it’s the political change we want to initiate with them that is often forgotten in responses of diversity.

It’s not just students, either. Our faculty and staff deal with many of the same systemic issues in academia. These problems continuously remind us that higher education is attempting to build itself up on a faulty base — one that in no way intended equality.

This is why our college needs to go beyond diversity. Diversity can’t be a buzzword for seminars and residence hall programs; it can’t be a singular class requirement, as though any single “diverse” course can cover all of the complexities of race, sex, gender, sexuality, religion, disability, ethnicity, mental health, and so many other marginalized identities. The events of the past semester should be a wakeup call to Ithaca College and its community — including those of us who are outside of administration. To change the system, we have to be political.

Political change needs to come from all facets, not just those of us who directly experience marginalization. Ithaca College can institute a larger student course on cultural competence and encourage departments to create courses, and create space within major requirements for courses, that amplify marginalized narratives. It can dig deep into its policies and see how their writing and authorship work against marginalized students, rather than just assuming most of them are fair. It can hire faculty and staff with more attention to potential bias and with greater diversity in their identities. Professors can actively work to be anti-racist, anti-sexist, etc. and actively acknowledge that these facets affect all courses of study, from communications to the sciences to the arts. Students can support political efforts on campus and push for institutional changes. We can demand that the administration change.

Diversity isn’t enough to fix a system designed to marginalize people. Active political change is our best step, and it’s a step that we all need to cooperate on and demand from Ithaca College as an institution.

John Jacobson is a junior integrated marketing communications major. Email them at jjacobs1@ithaca.edu.