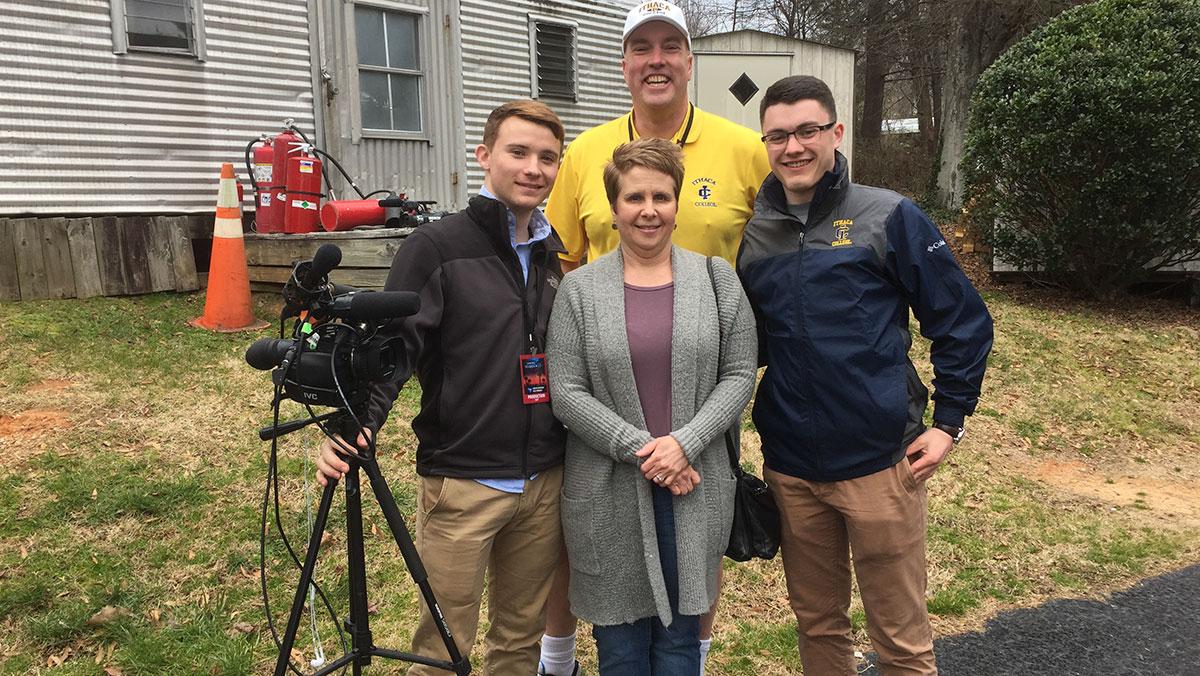 Looking at all the terms used to describe journalism, there’s one word missing — fiction. The expectation of truth is at the core of journalism; and that places journalism at the core of democracy. Don’t take my word for it — check the Bill of Rights. Of the five freedoms guaranteed in the First Amendment, only one is a job, profession, or industry: the press.

Good journalism doesn’t just happen. That’s why, at Ithaca College, we immerse our students in the practical and theoretical elements of journalism from day one. It’s also why we don’t limit the learning experience to the classroom.

From February 18th-20th, Professor Anthony Adornato and I had the pleasure and privilege of accompanying nine IC Journalism students to South Carolina as they covered the GOP Primary for NBC News. The students’ work appeared on NBC’s website, Instagram, Snapchat, and Nightly News.

Why do we do it? Because journalism isn’t a passive endeavor, you have to know it to do it and you have to do it to know it. There’s a HUGE difference between a once-a-week deadline and a hard-and-fast daily deadline. Or multiple deadlines for multiple stories on multiple platforms throughout the day.

With power comes responsibility. That’s why one element that we’ve stressed during these past few years is for the students to look beyond what they see in the camera and look for the bigger picture. If you refer back to the aforementioned list of events, you’ll see that we’ve put our students in a position to cover events where race and history intersect. All too often it’s all too easy to do drive-by journalism and miss the personal aspect. If journalists are charged with working in the public’s interest, then we must be interested in the public.

Now that you know what we do, we can turn to the question of how do we do it? Two words: “We’re Blessed.” Blessed with a Dean who truly cares about our students and our program.  There’s a cliché in sports: “Losers make excuses; Winners make a way.” Our Dean, Diane Gayeski, is a true winner! Whenever we pitched a project like this, she’s always found a way to make it happen.

We’re also Blessed with Alumni that donate their time, money, support and expertise to help us partake in these projects.

As to the question of “what’s next?” Well, like they say in the biz, “stay tuned…”

James Rada is an associate professor of journalism. Email him at jrada@ithaca.edu.