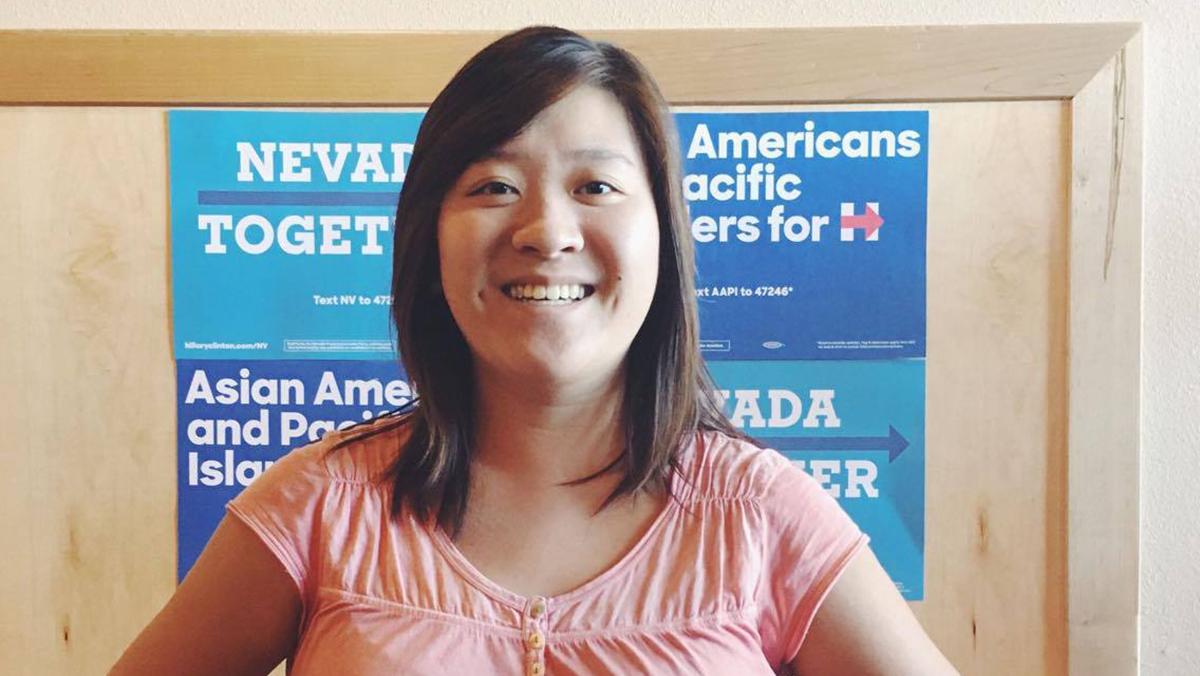 I grew up in a mixed-race family. My mom is an immigrant from Taiwan, and my dad is a white man from North Dakota. Throughout my childhood, I never saw my extended family much. My mom’s entire family is still in Taiwan, and my dad’s family is scattered around the Great Plains and other parts of the U.S., such as Washington, Michigan and Florida. My relationship with my aunts, uncles, cousins and other extended family has been very surface-level, usually talking on the phone or interacting via social media. I’ve never been particularly close to my extended family, especially my dad’s, but this recent presidential election has pushed me to further distance myself from them.

I’m fortunate enough to have parents who share my political views, which means we agree on most issues. That hasn’t been the case with most of my dad’s extended family. You see, my dad and his family never discuss politics or anything that is controversial or “private.” Even though we never talked about politics with my dad’s family, it was pretty clear where most of their votes were going on Nov. 8.

If you followed the 2016 presidential election, which seemed impossible to avoid, you heard the latest despicable comment Donald Trump made about women, African Americans, Mexican Americans, Muslim Americans, refugees, immigrants, the disabled and every other disenfranchised group in the U.S. That rhetoric resonated strongly with my dad’s family. Some of them would post terrible things about one of these marginalized groups of people on Facebook, calling them “terrorists” or “moochers” or other derogatory terms. It was physically painful to read.

The one lingering, burning question that always came to mind was if my family could say such horrible things about marginalized groups of people, what did they really think about my mom and me? How am I supposed to feel accepted in my own country when some of my family can’t accept people like me? To my knowledge, my family members have never directed any negative comments toward my mom or me and have never said anything to my dad about us. But that doesn’t mean they haven’t said anything about us behind our backs. Like I said, I’ve never discussed politics with my dad’s family, but if I were to ever bring up how their comments on immigrants affect my mom and me, they’d say something along the lines of, “Oh, but you’re different!” or “That doesn’t apply to you. You’re one of the good ones.”

What they — and many other people — don’t understand is that comments berating one or more groups of people are all-encompassing. By making crass generalizations, the targeted group or groups are labeled, and there’s no removing that label just because you know or like that one person who doesn’t fit the particular generalization. You can make as many exceptions as you want to attempt to sound less racist, bigoted or prejudiced, but it doesn’t mean anything.

This election loss really hurt, not just because I was a staffer on the Hillary Clinton campaign. What hurt more is that I know many members of my dad’s family voted for Trump, and maybe some of them didn’t agree with the disgusting rhetoric Trump spewed but wanted radical change in the form of an outsider stepping into politics. But in casting their vote for Trump, they didn’t seem to mind the racism that they also elected. And for the ones who do agree with the rhetoric, a Trump presidency further validates their right to say any and every horrible thing that they want to. Because if the president can say it, so can they.

I know I’m not the only person in this familial-political debacle. There are many others who are mixed-race, adopted or come from blended families that are facing the same struggle. As much as I want to love my family and accept them for who they are, I simply just can’t until they accept that their vote and support for such a repugnant candidate is a vote against my mom and me — their own family members — and the millions of others who are also worried about their future and worth in this country.

Frances Johnson ’16 is a former field organizer with Hillary for America and currently a customer service and support associate at Brilliant Earth, a conflict-free jewelry company in San Francisco. She is also a former columnist and opinion editor for The Ithacan.

The Asian-American vote is the lowest among the major racial and ethnic groups, which leaves many people asking why.

No, my name doesn’t match my face, and it doesn’t mean you can make assumptions about my background.

What’s in a name?

I can’t describe the discomfort that goes through my body whenever men — mostly white men — tell me they exclusively date Asian women.

My ethnicity is not a fetish