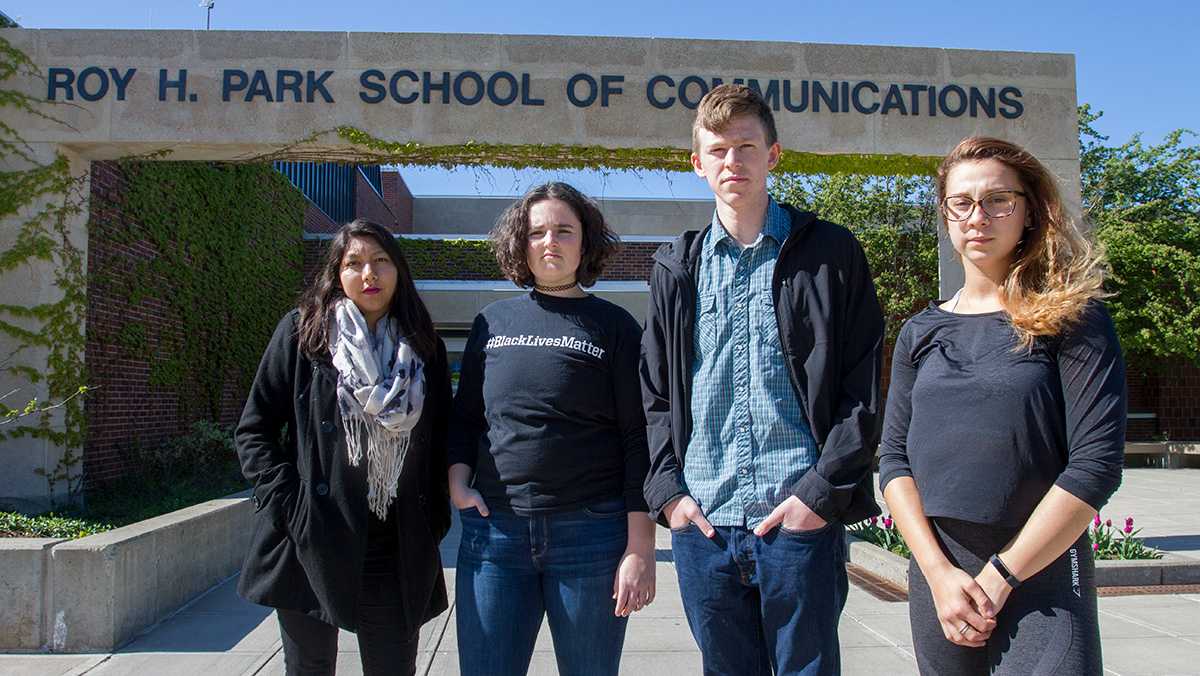 The Roy H. Park School of Communications talks about striving “to provide an educational experience that reflects diverse perspectives in a broad sense.” However, Park is lacking any serious consideration of diversity and inclusion within its curriculum. Media dictates much of how people view cultures, peoples, and ideas. There are numerous problems with the way the media handles diversity: award shows are merely displays of white pageantry, cis people continue to be cast in trans roles, and Pepsi has the audacity to suggest their soda is the antidote to police brutality. As young professionals who will shape future media, it is imperative that we are competent and inclusive when addressing diversity. In failing to address diversity, Park fails its students.

Where is this understanding when it comes to Park? This semester we conducted an anonymous survey of Park students about their understanding of, and lived experience with, diversity. Of 70 respondents, 56.5% said they have felt excluded in Park. 71.4% reported they didn’t learn about cultural competency, and 52.9% said the classes they take do not examine media that represents them and their culture.

Our results, coupled with the recently released Campus Climate Survey results, demonstrate that when it comes to diversity, IC often talks about addressing, but rarely puts into tangible action. In Park, respondents agree that diversity doesn’t even seem to be a topic of discussion beyond a single Powerpoint slide, let alone something that action is taken to improve upon.

Not only is Park setting up students to fail in the increasingly diverse world, but they are also expecting diverse student and faculty members to engage in the labor necessary to educate their community and emotionally process the micro and macro aggressions experienced in Park. There needs to be more consistent inclusion of diverse people and perspectives within education at Park.

There is a clear discrepancy between what the college says it wants for its students, and what students actually receive. We’ve written a proposal putting forward three actions to Park Administration to address this. First, we propose to implement Student Leadership Institute sessions (part of the Office of Student Engagement and Multicultural Affairs) into Park’s curriculum, similar to that of the School of Business’ Professions Program. Second, we recommend incorporating diversity training into Spark! At Park class. Third, we request cultural competency training for all professors at Park, as well as the prioritization of diversity and cultural competency in both the hiring process and performance reviews. Though we strongly believe more should be done, we also believe these actions are easy to implement and beneficial to students.

We recently met with Associate Dean Bryan Roberts to talk about these proposals, but felt our discussion was not productive. Instead of actions, a committee was suggested to capture lived experiences, as if students haven’t voiced their concerns enough. Many of our respondents took the time to compose paragraphs in their survey responses. These are the voices that need to be heard. While students speak their needs, Park responds with inaction. Roberts even acknowledged that Park leadership is aware of a professor with multiple reports of sexual harassment and said the case has been looked at. Yet, to our knowledge, no action has been taken. What good is more awareness if no action is being taken?

As student leaders in communications, it is necessary to develop cultural competency, appreciation of diverse media, and an understanding of the rich diverse world of which we are a part of. By investing in diversity, Park isn’t just investing in the diverse students they attempt to recruit, they’re investing in all Park students’ ability to communicate, lead, and excel in our diverse world.

Roberts responded with the following statement: “The representation of our discussion could not be more inaccurate. I was using a hypothetical situation to illustrate due process and how we need to respect the rights of the accused.”