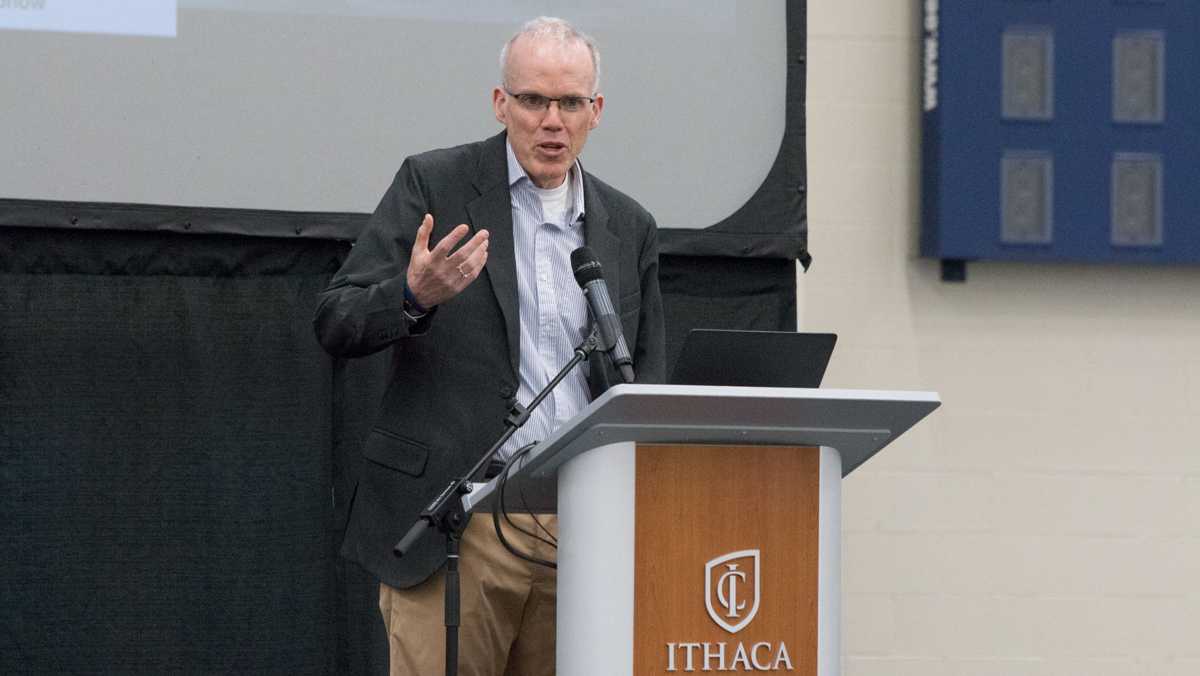 You may have heard Bill McKibben speak on campus as part of Sustainability Week. He’s been writing about climate change since 1988. Back then, most climate scientists agreed that “The unequivocal detection of the enhanced greenhouse effect from observations is not likely for a decade or more” according to the First Assessment Report of the Intergovernmental Panel on Climate Change (IPCC).

So now it’s been almost 30 years and rising temperatures, melting ice, and rising sea levels have been observed. The most recent IPCC report in 2014 says “warming of the climate is unequivocal … It is extremely likely that human influence has been the dominant cause.” This statement has been endorsed by almost 200 scientific agencies around the world, including the U.S. National Academy of Sciences. And 90% of practicing climate scientists agree that humans are the major cause of climate change, according to a 2014 survey by Verlaggen and colleagues from research institutes in the Netherlands and Australia.

And yet, only about 18% of the American public is taking action. Why so few? The reasons are varied and depend on how you view climate change. According to the Yale Program on Climate Change Communication, which has done extensive survey research on this, people fall into six categories, “Six Americas” (percentages below are from their May 2017 survey of 1,266 people):

The Alarmed (18%) recognize that human-caused climate change is happening here and now, and are already taking action. If you’re in this group, good for you!

The Concerned (29%) think climate change is distant in time or space. If you have been living in the Northeast, you may have noticed that intense rainstorms are more common than they were before. This is climate change here and now. Wherever you’re from, look into what types of changes have occurred that can be attributed to climate change.

The Cautious (24%) are not sure if climate change is happening or if it’s human-caused. Actually, it’s not surprising that a lot of people don’t know what to think. There are still active campaigns by certain groups, such as the Heartland Institute and the Cato Institute, to seed doubt into people’s minds about the science. The NOAA website, Climate.gov, is a good place to go for science-based information. And to get the lowdown on climate change myths, go to www.skepticalscience.com.

The Disengaged (6%) do not know or care about climate change. If you’re in this group and reading this, this may be a first step to finding out more about this issue.

The Doubtful (12%) don’t think climate change is happening, but if it is, then it is due to normal cycles. The arguments made by dismissives can sound very convincing (and occasionally they’re right) and it’s easy to be persuaded by them. It’s all a matter of who we find credible. Those who share our values and our view of the world will seem more credible to us than those who don’t. And this, in turn, will determine where we go for our information.

The Dismissives (10%) think it’s a hoax and are working against climate change action. Jerry Taylor was one such man making these claims. He looked at the arguments of climate scientists and then countered them while he worked at the Cato Institute. He finally quit because the evidence became overwhelming in favor of human-caused climate change. He subsequently started the libertarian think tank the Niskanen Center, and now argues for a carbon tax to lower the carbon emissions that are causing climate change.

As Bill McKibben says, ignoring climate change is like ignoring malignant cancer. Please reach out to others, listen to them, find common ground with them, move them up to the next category. There is a lot of great activism going on, but until legislators understand that they have the backing of their constituents, they won’t do the hard work of passing meaningful legislation.