Commentary: Seneca Falls may bring in loads of urban decay 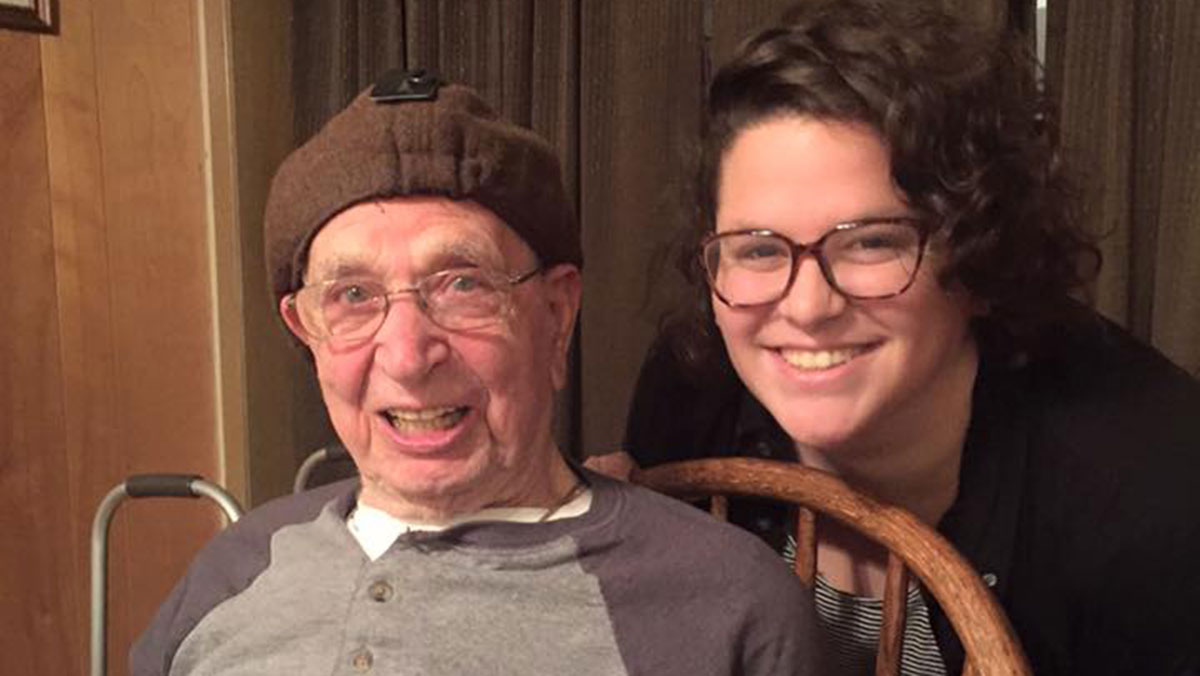 Courtesy of Francesca Esce
Francesca Esce poses with her grandfather, Francesco Rivezzi, at his home in Seneca Falls, where he worked as a brass molder for 43 years.
By Francesca Esce
Published: March 30, 2016

The landscape of Seneca Falls was carved by the glaciers, revered by the Cayugans, modified by the industrialists and is now being covered by urban trash.

I was lucky enough as a child to grow up in close proximity to my grandparents. My mother’s parents lived 45 minutes away from us in Seneca Falls, where my “Poppa” lives today. He immigrated to Seneca Falls from Giano Vetusto, Italy in 1950. Five years later he was joined by his bride, my late grandmother, and 15 years after that, his sister and brother-in-law, my Zia Maria and Zio Vincenzo, who live just a few blocks away from him.

I’ve spent a good amount of time in Seneca Falls, in recent years and as a kid, and there are a few things I’ve always found interesting about the town. For one, it’s where the first women’s rights convention was held and is widely known as being a birthplace of women’s rights. It’s also home to the Montezuma Wildlife Refuge, where I remember doing some bird watching as a kid. Finally, I remember looking out the window of the car on the way out of town and seeing a huge tiered hill and asking my parents what smelled so bad. They told me the big smelly hill was a landfill.

I remember the idea of a landfill being an anomaly to me, and I frequently wondered where my Flintstone’s Push-Pop wrappers might be in the landfill. I would go on to learn that the Seneca Meadows landfill is the largest in New York State and can collect upwards of 6,000 tons of trash per day from towns and urban areas in three states. Right now, there is a proposed $3.3 billion, 20-year contract awaiting approval to haul trainloads of trash from New York City to the Seneca Meadows Landfill. A rail yard would be built next to the landfill and haul in an additional 1,000 tons of trash per day, bringing the total to 2,500 tons per day.

It’s easy to not think about how much trash we produce when we bring it to the curb every week, never to be seen again. No matter how much we may try to be sustainable, trash is inevitable and it has to go somewhere, but where exactly is it going? Landfills across the country, including Seneca Meadows, are becoming more eco-conscious by collecting methane gas and using it for energy. The New York City trash train would replace many of the trucks that deliver to the landfill, reducing fossil fuel emissions but also eliminating jobs. The issue at hand is not necessarily the landfill itself, but where it’s located and where similar trash sites are located. Many landfills are built in low-income or poverty-stricken areas, and the communities that reside there face those consequences just for their socioeconomic status.

Whatever your stance is on the ecological nature of this issue, there is no doubt that this NYC trash contract will affect the Finger Lakes community in some way. The region has a history of being assaulted and bullied by the government and industries, and right now its most prominent threat is a mountain of urban trash. The territory was originally inhabited by the Cayuga tribe, whose villages were attacked and destroyed by the Sullivan Expedition, under the commission of George Washington, for protecting and defending their home. Now, the landscape that was once respected and revered has been topographically altered by a smelly, man-made mountain.

Once the Native Americans were pushed out, the settlers industrialized the region, built a canal in the early 1800s to move goods, and by the time the 20th century came around, it was home to numerous industries and factories, including Goulds Pumps, where my Poppa worked as a molder in the brass foundry for 43 years. Like many other working-class immigrants, my Poppa, Francesco Rivezzi, worked long, hard days at the factory to support his four daughters and my grandma, who never became an American citizen. The site for the landfill was built in 1953, just three years after my grandfather moved to America. It seems probable that many residents of Seneca Falls had little to no say in the construction and future of the landfill, given that the town operated mostly off of minimum-wage workers who were just looking for opportunity and a way to support their families. Today, the average household income in Seneca Falls falls far below the national average.

My grandfather just celebrated his 85th birthday in the little town of Seneca Falls, in the beautiful Finger Lakes, whose picturesque wineries, sparkling lakes and rolling hills could elicit positive economic effects for the town through tourism. In addition to the landscape, the town has a unique history of women’s rights and is even rumored to be the inspiration for Bedford Falls, the fictional town in Frank Capra’s classic film “It’s a Wonderful Life.” But, instead of appreciating the area for its natural beauty and history, it’s being masked by the stench of industry and capitalistic ventures, in the form of a 280-foot trash mountain.

Francesca Esce is a junior integrated marketing communications major. Email her at fesce1@ithaca.edu.