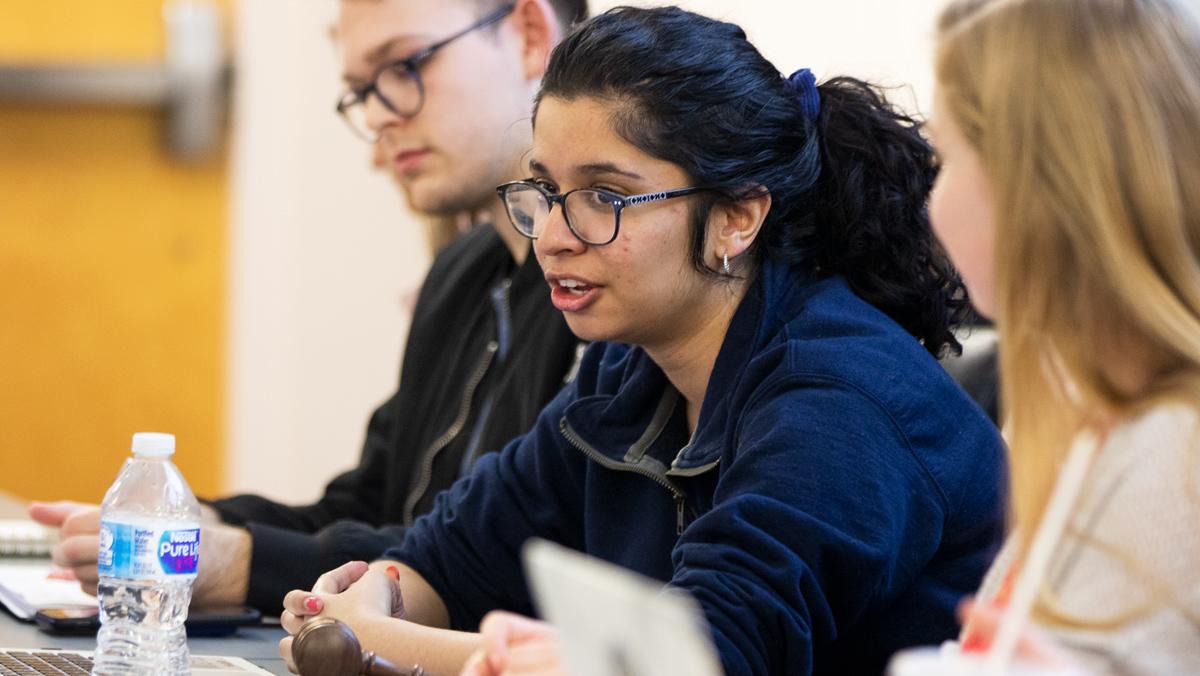 If there is one thing I’ve learned in college, it’s that change is the only constant. Change sometimes moves us backward before it moves us forward. But ultimately, change is the only thing that reminds us that we’re moving at all. As a college, we are riding a wave of change. We’ve transitioned from Sodexo to in-house food production and distribution. Following student feedback given in a Student Governance Council meeting, the TCAT has added a direct route to popular destinations on the weekends including Wegmans. We have new leadership all across campus. This is an exciting time. This is time for us to take what exists in our imaginations as possibilities and turn them into realities.

When I decided I wanted to run for SGC president, I focused every decision I wanted to make on change. It started with assembling my Executive Board, which consists of five vice presidents. I decided that I needed a healthy balance of newcomers and veterans. All five vice presidents have served on SGC in some capacity in the past, but their varying levels of experience provide the perfect balance of institutional knowledge and zest for change.

I made my best effort to recruit students from as many academic schools as possible, and I’m proud to say that four of the five schools on campus are represented on our board. We all come from very different backgrounds, with very different interests, but we are all sure of one thing: we need change.

Change looks like bringing SGC closer to the people we represent: students. Change is having some meetings in more accessible rooms throughout the year. Change is making a commitment to increasing student engagement in the election process. Change is implementing civic engagement as a priority in SGC. Change is opening ourselves to criticism and learning from it. Change is slow. It is hard. But we’re committed to it. And we hope that you all aid us as we seek to change the campus community. What we need most is for students to tell us what we need to change, and what we’re doing right.

So I hope you’ll join us, IC. Let’s create new realities together.