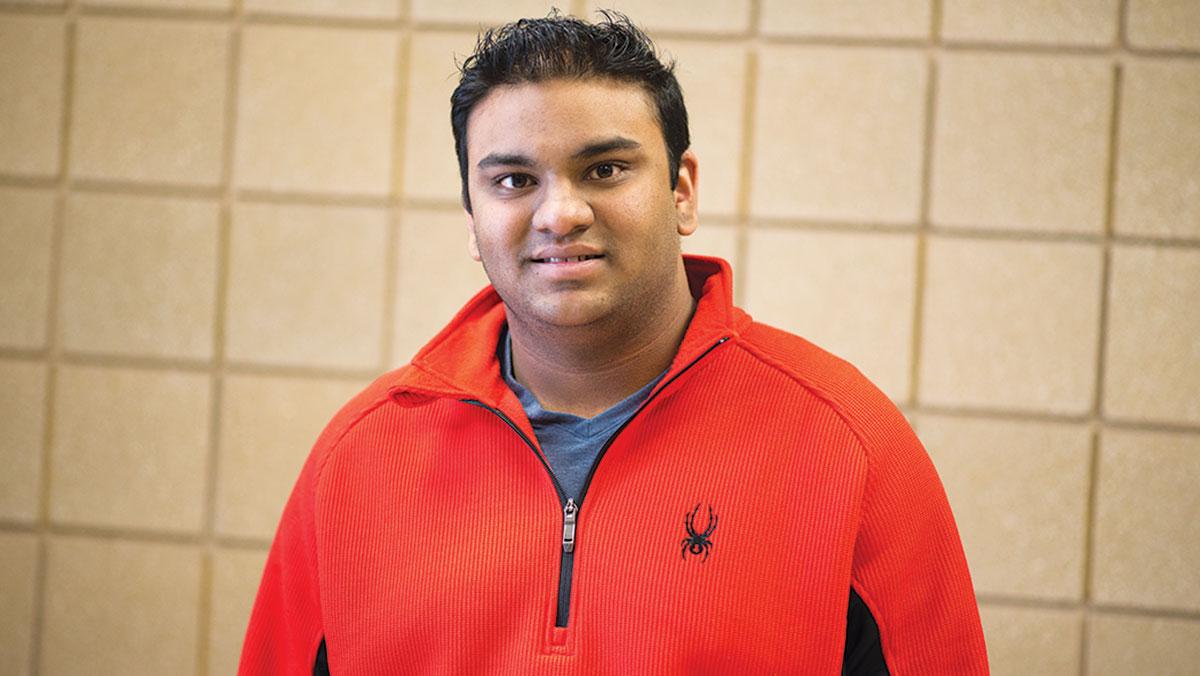 I’d describe myself as a run-of-the-mill ’90s kid. I am Indian, but I was born and raised between Toronto, Ontario, with my dad and Hoboken, New Jersey, with my mother. I didn’t get much attention outside of acting like a fool.

After 9/11, I started receiving a bit more attention for things I couldn’t control. Kids are stupid, and they like to repeat things their parents talk about, so suddenly this new word “terrorist” was floating around my third-grade class. No one really attributed the word to me, as the association between terrorism and skin color had not become as established as it is now. As time went on, I noticed Indians, Pakistanis, Muslims and Hindus alike were treated differently.  The associations to being a terrorist and my skin color had started to solidify in the seventh grade. Now we were old enough to properly grasp what terrorism was, and how to use it to make someone feel like they were the “other.”

In the ninth grade, I decided to leave Canada and live with my mother. Walking through security on my way back to the United States had become a cakewalk for me in spite of my Canadian passport, as I had been flying over the border since I was a baby. I went up to the man checking itineraries and he looked at all my information, then at me, then back to my itinerary. A large yellow folder was brought out from behind the stand he was behind and he put all my information in the folder. He pointed at a door off to the left and told me to go through it. I always went to the right, why left now? Why are there guards in front of the door? Why does he have a badge? It’s because I was a 14-year-old Indian who was on his way to being detained.

The room was small and the signs were written in different languages that mostly looked like they were from South Asian or Middle Eastern countries. I was terrified, shaking so much that when the air marshal asked for my right hand I gave him my left. They fingerprinted me and made sure I had no weapons on my person, took my luggage and left me in a waiting room with a Hispanic family and another man who was dressed in traditional Sikh attire.

I tried to call my mother, but in the middle of the tear-soaked conversation an air marshal made me end the call, cutting off my mom’s frantic questions.

After being in the detainment room for about three hours and missing two flights back to the United States, my father had spoken to the Transportation Security Administration and explained the situation. I could hear him through the door, but I wasn’t allowed to see him, even after they had cleared me. I was escorted straight to the gate.

I can’t explain how it feels to be at airports and be the lucky winner of a “random” check. I have also had my luggage meet me at my destination saying, “This bag has been randomly checked,” or “Items in this piece of luggage have been removed or destroyed.” I am unsure of how to even fix this problem, as profiling has become such a large part of the American culture. We need to understand that labels and profiling affect everyone on a macro-level. Whether it is because of encouraging or not correcting this kind of profiling for so long, people have become accustomed to labeling South Asians and Middle Easterners. It has become a norm in conversation and in life, and it has been ingrained into our culture. Children are growing up learning prejudice and anger against people who have been trying to rid themselves of these labels for years.

The government needs to make more of an effort to try and mend these stereotypes and feelings they have created. The media has failed: It has failed the people, the readers and so many more that some might say the damage cannot be fixed in our generation. Everyone needs to work together in an effort to reduce and prevent the creation of these stereotypes. The media should make an effort to show that Middle Easterners and South East Asians are people, too. These communities have just as many activists and anti-war protestors who are fighting these images and stereotypes. Looking at all of the culmination of hate and anger caused by 9/11, the media and the government, I often think about how manipulated we are as a media-based culture. Hopefully we can separate the hatred from the truth, and open our eyes and look beyond the created mentalities we fall into.

Brandon Winters is a senior psychology major. Email him at bwinter2@ithaca.edu.