Commentary: What does it even mean to “look” Jewish? 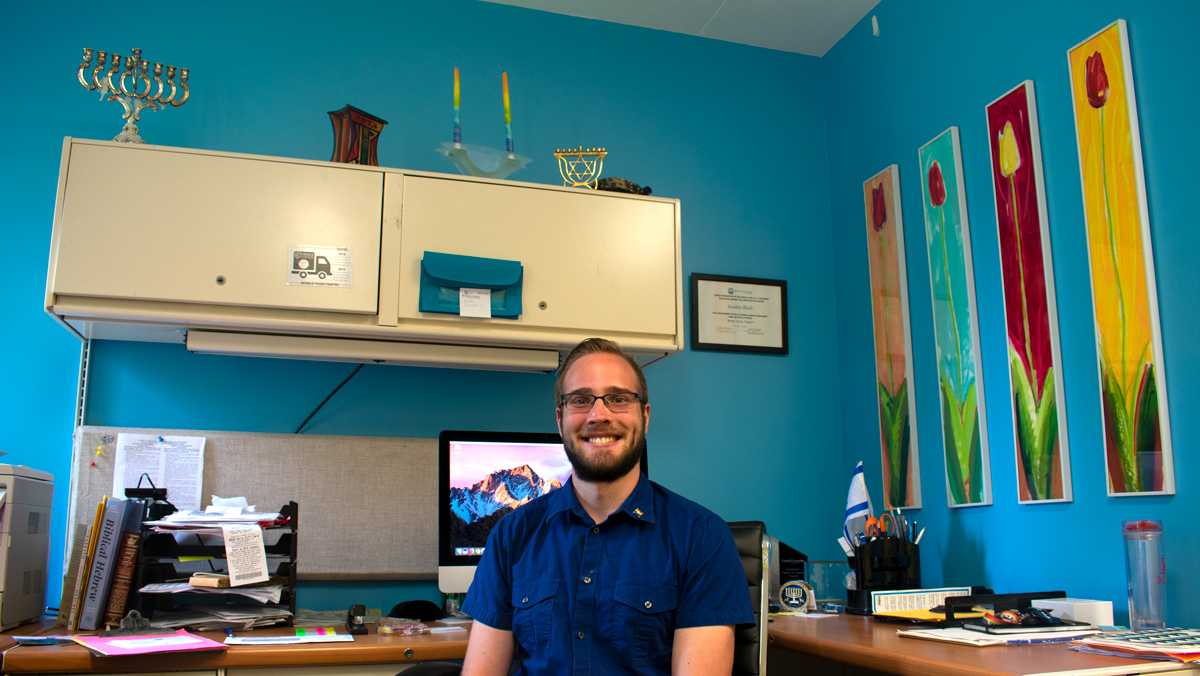 Tessie Devlin/The Ithacan
Austin Reid, IC Affiliate, writes about the importance of recognizing Judaism's diverse histories and populations to make for a more inclusive environment at Hillel and the college as a whole.
By Austin Reid
Published: August 28, 2018

A few years ago, I remember reading about Capers Funnye, a black rabbi from South Side Chicago who serves a congregation predominantly comprised of African-American Jews. The article primarily discussed the important work Rabbi Funnye has undertaken within the Chicago Jewish community, and it shared about Funnye’s relationship to Michelle Obama, who is his first cousin, once removed. One component of The New York Times piece that especially struck me was how the author described Funnye’s feelings of indignation when he heard people tell him, “Funnye, you don’t look Jewish.”

Admittedly, I have remembered Rabbi Funnye’s story in some part due to this line. More importantly, however, Funnye and I, despite our many differences, have both experienced a feeling of isolation on account of our appearances as Jews. A couple years ago I never would have thought that I, a white millennial with family roots in Appalachia, would share this type of experience with a black rabbi from urban Chicago. I know what it is like to be told I don’t “look” Jewish. I too have felt compelled to answer questions probing my family background. Questions that are asked with the intention of figuring out “why” I’m at synagogue.

While our lives are very much different, it is clear that for some people both Rabbi Funnye and I don’t fit into the mold of what Jews in the United States “ought to” look like. This stereotypical image is itself significantly based on a single community with roots in Eastern Europe — just one community located within a much larger global Jewish experience.

Given that Judaism as a faith had already existed for well over two thousand years before any of its adherents lived in Eastern Europe, I am always surprised when individuals, both Jewish and non-Jewish, regard Ashkenazi (or Central and Eastern European) Jewish experiences as the only “native” or “true” forms of Judaism.

Here at Ithaca College, the Jewish community is similarly diverse. Despite only being on campus a short time, I have already spoken with, or heard of, Jewish students whose families lived in places such as Argentina, Mexico and Iran. While these countries are not the places many name when thinking about where Jews live, each is home to communities with long histories and rich customs.

Bringing wider awareness of the diverse histories and costumes within the Jewish people is a significant intention behind the new “Global Faces of Judaism” initiative sponsored by Hillel at Ithaca College. This series will lift up the experiences of Jews living in communities that are often overlooked in general discussions of Jewish history and practice.

Hillel’s first “Global Faces of Judaism” event will take place at 6:30 p.m., Sept. 24 in the Taughannock Falls room of Campus Center. During this time, Claude Cohen, a current professor emeritus at Cornell University, will share his family’s story of living in Egypt and how they were compelled to flee the country as refugees due to raising anti-Jewish sentiment. Cohen will also discuss the unique customs of the Karaite Jewish community, and students will have the chance to sample a traditional Karaite dish.

Other speakers will also be coming to campus to share their experiences during the academic year. I hope that any member of the Ithaca College community will feel welcome to join me for these important programs which showcase diverse and often underrepresented histories. I also invite any student to share their own personal story with me.