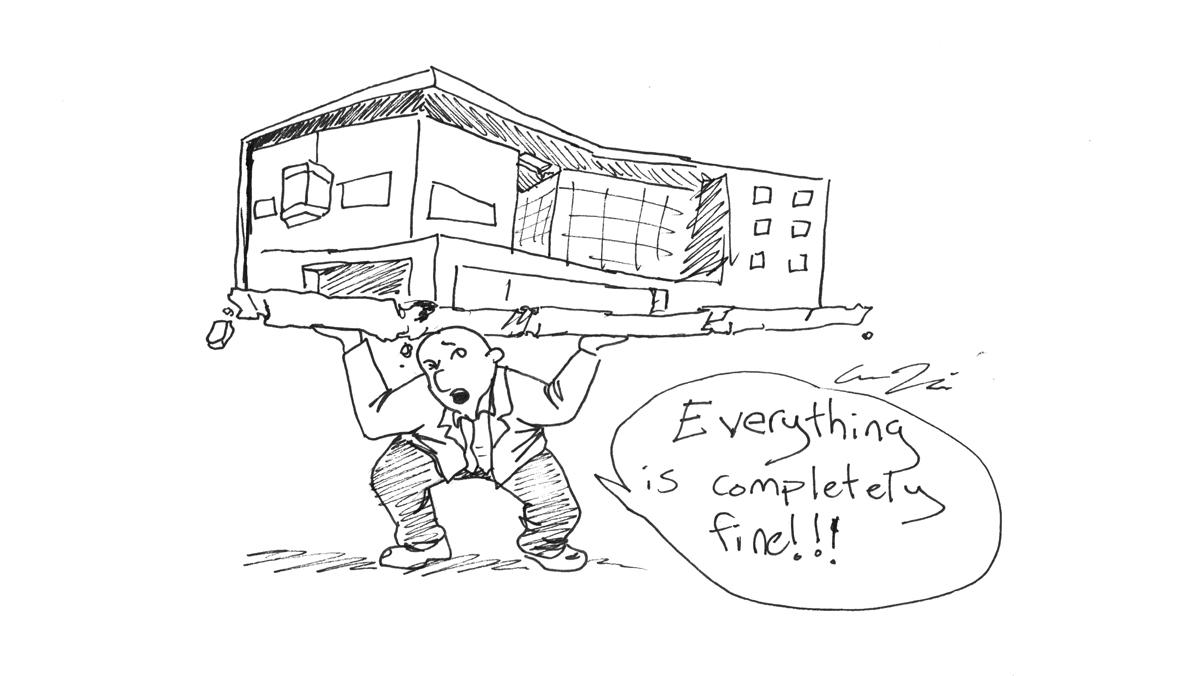 On Feb. 5, Ithaca College President Shirley M. Collado and the college’s administration invited the campus community to come together at the All-College Gathering.

While the topics discussed at the gathering varied, a tone of reassurance was carried throughout the presentation. While informing the campus community about the changes occurring at the college, Collado made sure to note that each one would have a positive impact on our institution. William Guerrero, vice president of the Division of Finance and Administration, also maintained this overall message when speaking about the college’s budget and future financial state.

Currently, the college’s budget and financial state are precarious. The college’s budget is reliant on 88 percent student tuition and fees, a reliance that means the financial well-being of the college heavily depends on enrollment. However, enrollment is projected to continue to decrease as the college’s larger classes graduate. Guerrero said this issue is not necessarily specific to the college but to higher education as a whole — in the next few years there will be significantly fewer graduating high school seniors than there have been in past years, leading to a widespread decline in college enrollment.

While this issue may not be specific to the college, that does not mean it is not an issue the campus community should be concerned about, regardless of what Collado or Guerrero may say. To speak so placatingly about problems that will impact our entire campus community seems more like an attempt to merely soothe attendees than being honest about the insecurity of the college’s financial future.

In times such as these, the campus community needs upfront discussion about the initiatives the college will be taking to remedy these issues. The college’s future stability has the potential to impact numerous decisions both students and faculty will make regarding their time at the college. By not providing the campus community with a full, accurate report on the state of the college, the administration is inhibiting people’s ability to make those decisions.