Editorial: College should be specific about staff cuts 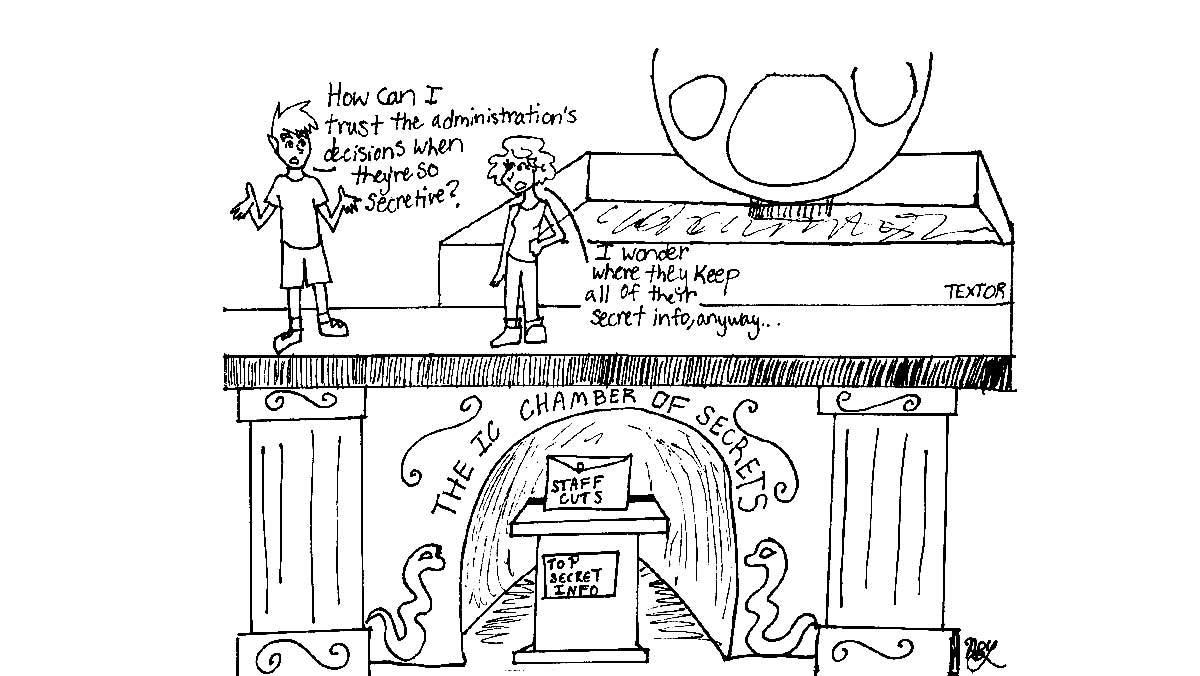 With the cost of attendance at Ithaca College totaling to nearly $60,000, it’s no surprise that many would support measures to reduce this steep price, which is what the administration is trying to do by cutting approximately 40 staff positions this year. Considering that the high tuition is notorious and often joked about by members of the campus community, it is understandable that these cuts may be the most efficient step forward for the college. However, it is difficult to fully back the administration when they refuse to be transparent about which specific positions are being cut.

The college has said the positions being cut are indirect to students, so based on this claim, releasing the list of positions to be terminated should not be controversial to the majority of the campus community. Not releasing the information makes the administration seem apprehensive, and when changes are being made, students, faculty and staff need to be able to trust the administration on all fronts. The college also claims staff positions are being cut evenly across all departments, but again, this is difficult to assess when the administration is so reluctant to publicize specifics or even statistical data.

Even more peculiar is the administration’s concern that releasing this data might cause “a ground swell of support from students.” But if the college is certain of its decisions on which positions to eliminate, why should it have to worry about an overwhelming reaction from students or anyone else? And even if the campus community were to respond or rally, the college should be confident enough in its choices to not go back on them. Alternatively, input from students, faculty and staff may even be useful to the administration in reexamining the value of each position they intend to cut, which could only be productive and fair for the whole campus community.

Ultimately, the administration’s lack of transparency regarding the specific staff jobs to be cut creates an uneasiness about the entire situation. It should be easy to get behind any measures taken to reduce the cost of tuition or slow its increase, but the absence of detailed communication hinders the campus community’s ability to fully support this decision. Transparency breeds trust and confidence, and in the realm of staff cuts — and that of all issues that affect the campus — the college needs to work to gain the community members’ trust by being open and public with them.