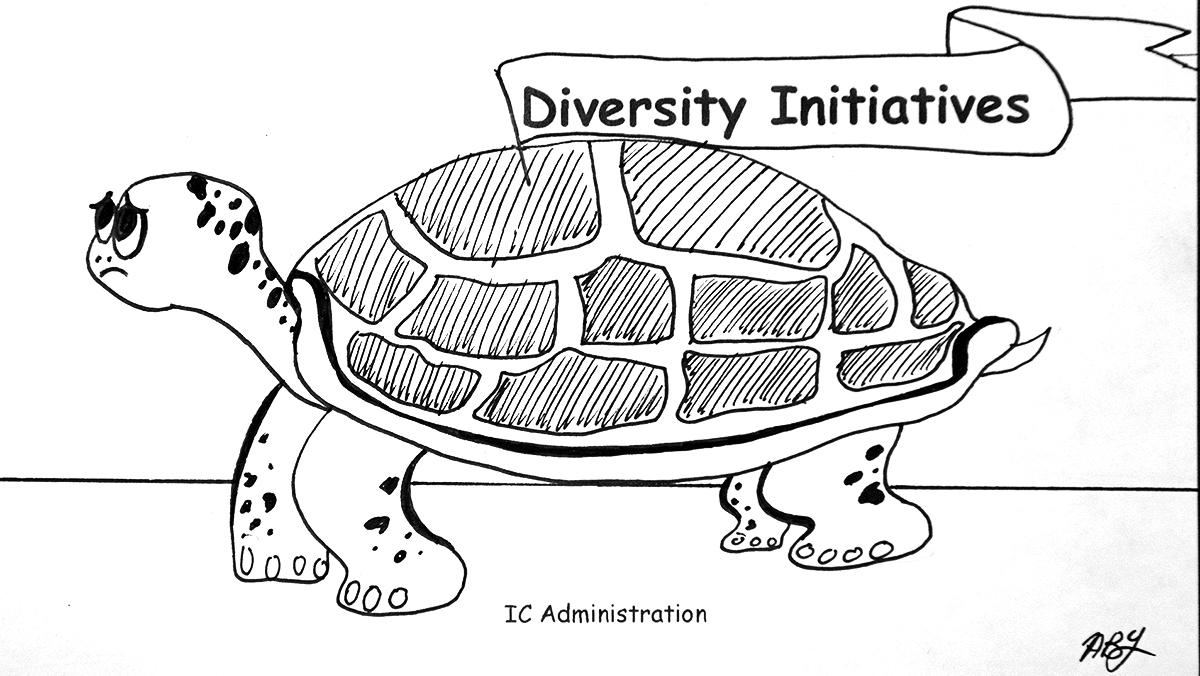 About a year following a wave of student activism that shed a harsh light on the racial climate on campus, a number of diversity initiatives touted by the college to improve inclusivity are seeing delays.

While these delays have been attributed to abrupt changes in Public Safety leadership and a need to thoroughly review these initiatives, this lack of development makes it seem like the administration is dragging its feet. The time spent waiting for these initiatives raises the question of how dedicated the administration is to improving the campus climate for its students.

The delay in Public Safety’s body camera policy is particularly worrying, given that the behavior of Public Safety officers has been a concern of students of color for years, even spurring protests by resident assistants at the beginning of the Fall 2015 semester. If anything, the administration should be more cognizant of this history and relationship, and should work to improve the transparency of campus police by being transparent themselves.

The lack of thorough explanations as to why these initiatives have been stalled is a cause for concern. Simply saying what has to happen next in the process does not explain why the process is being held up in the first place. In addition, pinning the delay on Terri Stewart’s departure from Public Safety is a red herring — the policy needs to be reviewed by the Office of Public Safety Union, not the director.

Despite what most of the college administration may think, many of the issues brought to light during last year’s protests have not been solved. And they cannot be solved with quick, Band-Aid solutions such as a Public Safety satellite office, diversity training for faculty and staff or a multicultural student lounge. These issues deserve sustained dedication to transparency and inclusivity — delays on the implementation of initiatives only hinder this progress even more.