Editorial: Ithaca College is behind on gender neutral access 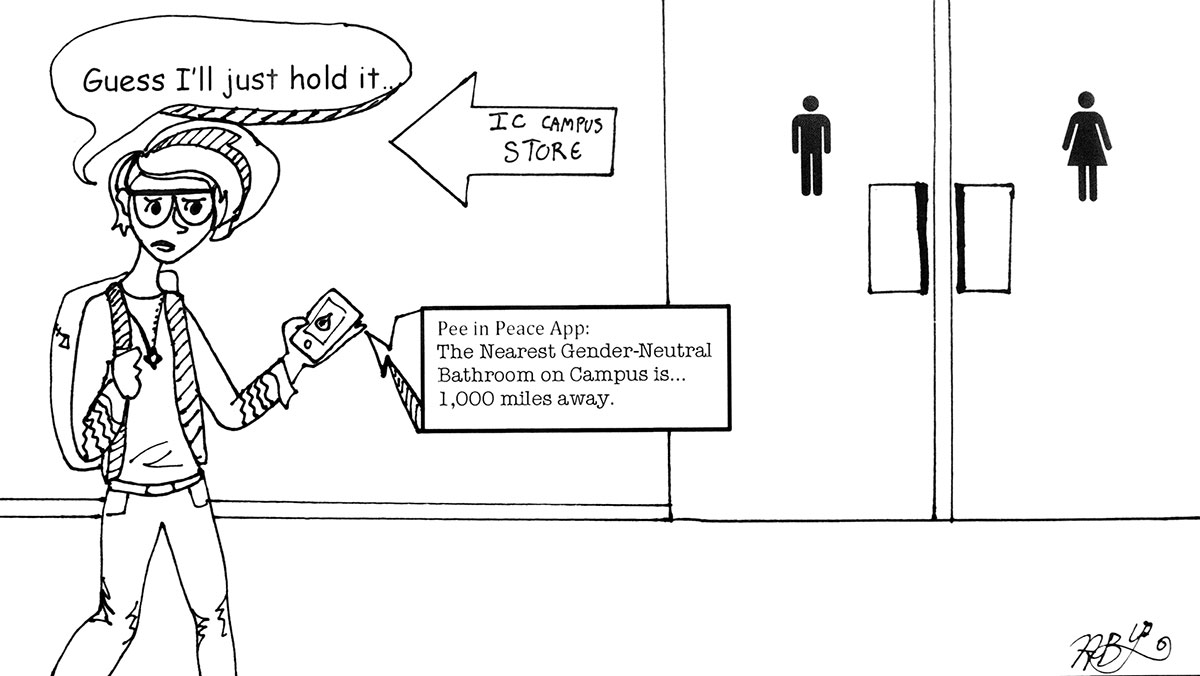 Currently, the discussion around making changes is caught between slow administrative processes and far-off financial concerns. The college has 11 sparsely located gender-neutral bathrooms after a supposedly 15 year–long effort to retrofit its existing bathrooms. When talking about transitioning more bathrooms to be gender-neutral, leaders in the Office of Residential Life mention a price tag of hundreds and thousands of dollars to make large-scale bathroom changes. Residential Life does not have these funds, so the funding would have to come from the college’s budget.

We have also heard the rationale that it would not be worth it to work on The Quads residence hall bathrooms yet since these buildings might be rebuilt anyway in the college’s Master Plan — a massive document outlining possible physical changes to the college.

Not only does the Master Plan span a period of at least 10 to 20 years, but none of the suggestions in the framework are guaranteed to carry through, as Gerald Hector, vice president of finance and administration, has said.

This focus on costs is blinding the college to simple changes that could be made much sooner.

If the college is planning on making huge renovations on its bathrooms in a style that is gender-neutral down the road, it should at least make these small changes in the meantime. It should change as much signage as possible on the single-user bathrooms, of which there are far more than 11 on campus. Doing so would make a notable difference for many students.

It is imperative that we protect and prioritize the right of gender-nonconforming students to use bathroom facilities comfortable for them with the means we have now and not wait for a potential sum of money in the distant future.