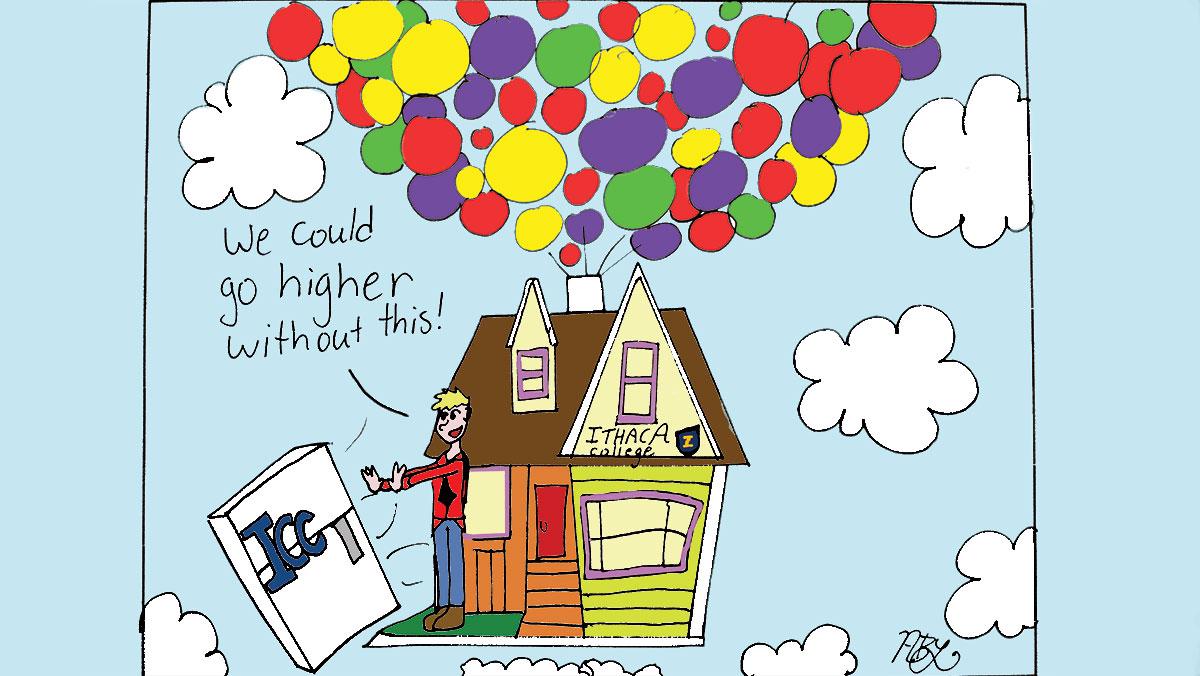 Comic by Alison Latini and Amanda den Hartog
By The Ithacan
Published: March 18, 2015

Ithaca College President Tom Rochon called together students, faculty and staff for an all-college meeting March 5, where he announced the administration’s plans for the future of the college. These plans include the undertaking of a “blue-sky” reimagining of the nature and mission of the college. The reimagining, which will rely heavily on input from the campus community to create a vision for the ideal college regardless of the current programs at the college, could lead to some drastic and necessary changes.

Unlike IC 20/20, the “blue-sky” reimagining is not meant to be a strategic plan that makes changes based on what the college is currently doing, but is instead a ground-up revisioning of the institution — which would provide an opportunity for the college to look closely at what programs aren’t working. Because of the drastic nature of the reimagining, Rochon said parts of IC 20/20 that were only recently implemented could very well be eliminated if the feedback calls for it.

Since its implementation, the Integrative Core Curriculum has had a host of problems, from students not being able to take classes for their theme while studying abroad, to students being limited in what credits they can transfer in from high school. Though the ICC was a necessary step in improving the college’s general education program, it was an overcorrection that is overly complicated and difficult for the campus to comply with. Now is the time to take a step back from the ICC and create a strong general education program with fewer hoops for students to jump through.