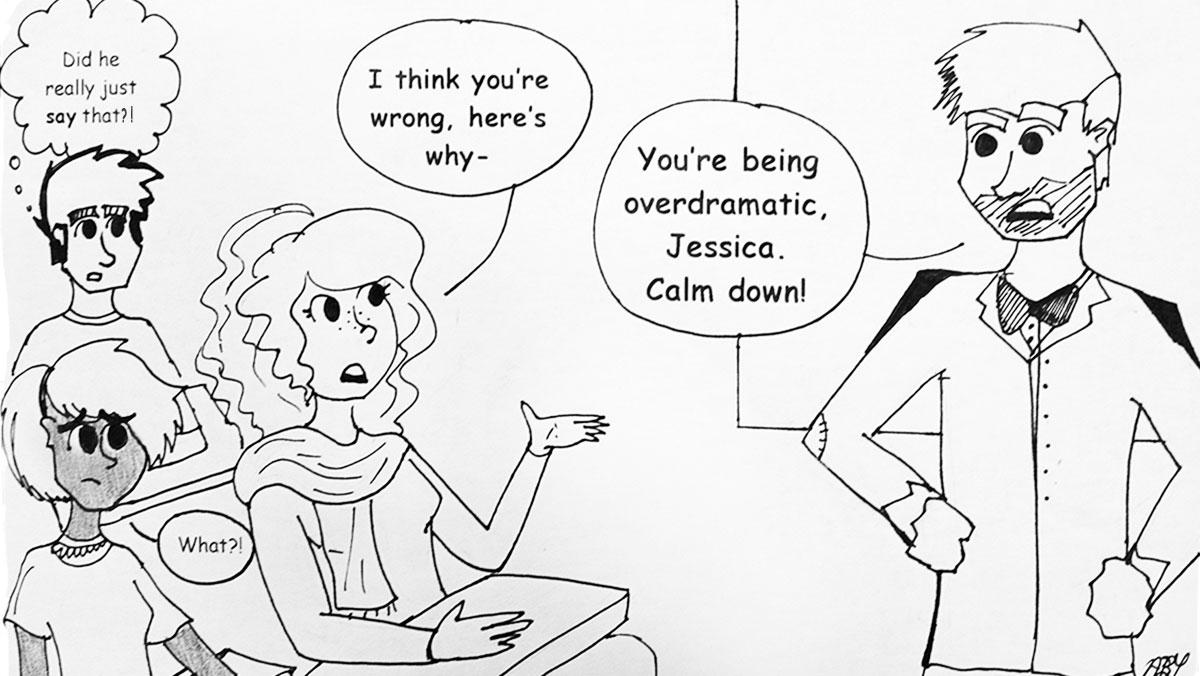 Throughout this academic year, Ithaca College has been uprooted by campus protests demanding a more equitable and fair campus environment, a change in the college’s leadership and a call for the college to recognize its failures to address racial issues. But one of the central issues at the root of these protests that catalyzed students of color to fight back against the structures of oppression in place at the college, is the constant slew and buildup of microaggressions.

It is clear which issues the college must prioritize moving forward: diversity, shared governance and inclusivity. While some steps have been made to address some of these issues, very little progress has been made, and one area that has barely been addressed is the damaging impact of microaggressions.

Making remarks such as telling a woman to calm down, to not be so dramatic — these are examples of sexist microaggressions that women hear on a daily basis. These pervasive and misogynistic verbal slights to women are as numerous as they are damaging. For microaggressions to go unchecked in the classroom speaks volumes to the cultural incompetence of the college’s professors. While most microaggressions are unintentional, the negative impact they have on students must be acknowledged.

It is clear that professors need to be more aware of the impact their words have on the students they teach. This is the importance of diversity trainings: to make professors aware of the ways in which their language and behavior can be hostile and degrading to students in their classroom. But it is not just diversity training that is a necessity — administrations must be held more accountable for their professors.

Microaggressions are just one of many factors that contribute to a hostile, uncomfortable and derogatory social and educational environment. This needs to be recognized by the college in its efforts to address the student concerns that were brought up this year. In an environment where professors and administrators are not being held accountable for their behavior, it is the students who suffer the most.

The best response is not finger-pointing or censorship, but free and open conversation.