Editorial: People should not risk their lives in the gorges 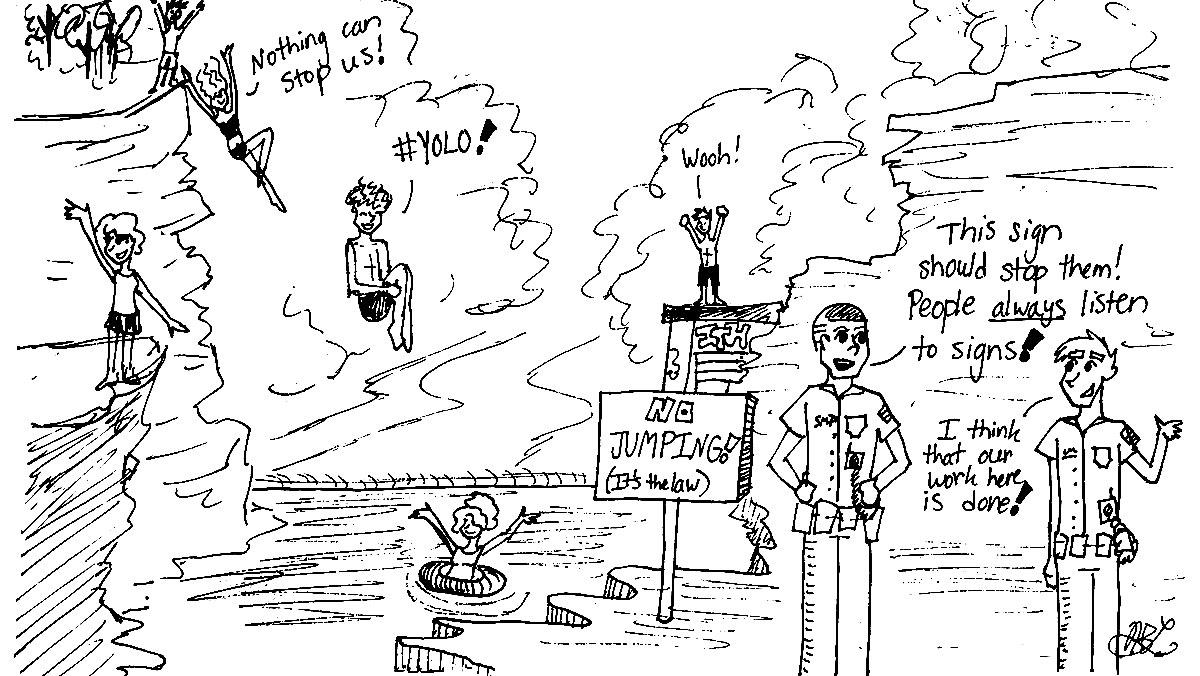 On July 26, a college-aged man jumped into the Second Dam gorge and died. Yet not even a month later, students were swimming and jumping into the very gorge that took a person’s life and caused a number of costly injuries before that. Of course it’s not guaranteed that gorge jumping will result in an injury or death, but this is not a risk that any community member or Tompkins County Sheriff’s Department officer should be taking.

Too many people have lost their lives to the gorges of Ithaca, including many students. Swimming and gorge jumping may be thrilling activities for college students, but the problem with Ithaca’s gorges is that there is no certainty about what may be in the water, such as logs or sharp debris at the dams. Additionally, there are no lifeguards or other emergency medical specialists readily available to help if needed. And even if there were, the lifesaver could be at risk of death or injury as well, as exemplified by the tragic death of Sergeant William J. Chapin, a former Office of Public Safety and Emergency Management officer who died while trying to rescue two students who fell into the gorge at Buttermilk Falls State Park in March of 1986.

However, it is not solely the responsibility of community members to not put themselves at risk by gorge jumping. The Sheriff’s Department has a duty to the people in this town to keep them safe from any potential dangers that may exist. Though community leaders are investigating possible measures to ensure no one will ever be put at risk by the gorges again, such as removing Second Dam and draining the area of water, in the meantime, the police department should consider having a patrol officer near dangerous areas during the warm season when people are most commonly found at the gorges.

Ithaca’s gorges may be beautiful, but their looks are deceiving. Community members and public officials alike need to take more responsibility to keep themselves and others safe from what has happened too often in the past.