Editorial: Students are forced to take matters into their own hands, yet again 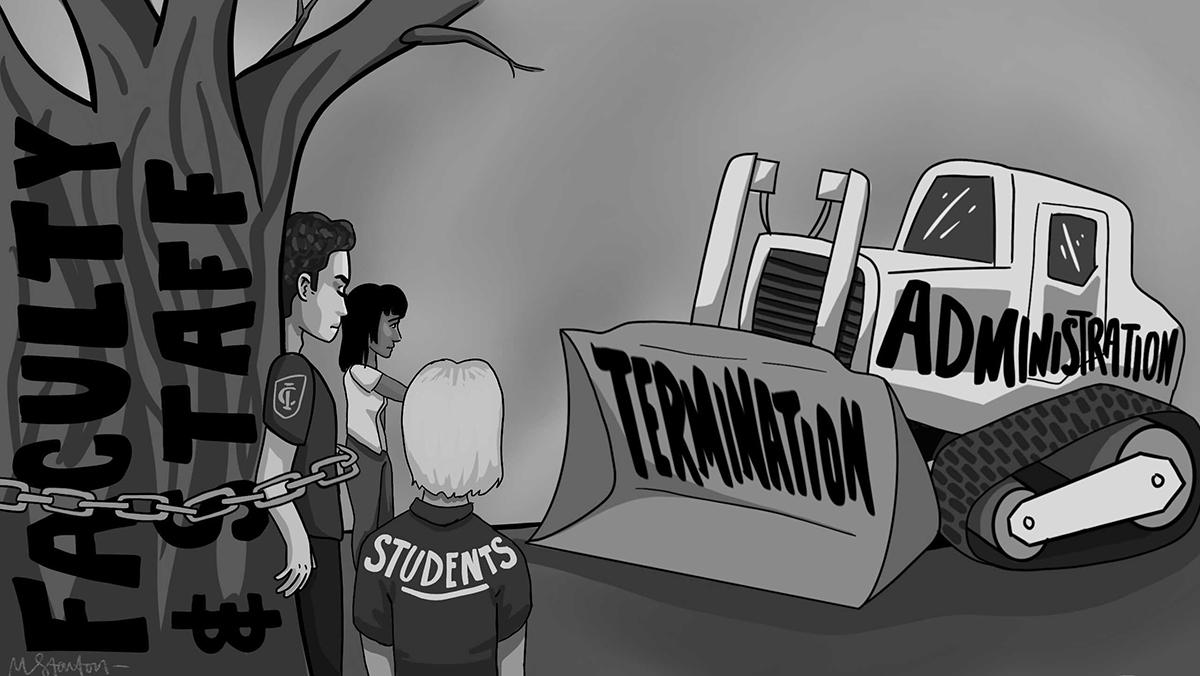 Ithaca College Students for Labor Action, a student organization that advocates for worker’s rights both on campus and in the Ithaca community, held the Rally to Open the Books on Nov. 14 in protest of impending faculty and staff cuts. Approximately 130 full-time equivalent faculty positions are expected to be eliminated in the coming months. This is on top of at least 264 staff members who have been impacted by furloughs, position eliminations or reductions in hours since March. These cuts would take place amid a pandemic that is severely impacting the higher–education sector, not giving faculty and staff members who are let go many options for new employment.

Time and time again, students are the ones who have to hold the college accountable. This is not being done out of ill will but rather because of their love for the institution. When will the college listen to students’ concerns for the betterment of everyone involved?

Students are being put in a position where they have to advocate for their education. Cutting faculty members decreases the number of course selections and puts more responsibility on the professors who remain at the college, a situation that directly impacts students.

For years, students have had no choice but to take their education into their own hands because of the college’s mishandlings. This is like going to a restaurant and having to tell the chef how to cook your food. Students should be able to have enough trust in the administration to competently lead the college community. It is unfair that the burden is on students to tell the members of the administration that their actions are not beneficial to anyone but those at the top.

Students also took action during the POC at IC protests five years ago, when students demanded the resignation of former President Tom Rochon because of the racism they saw at the college and the administration’s lack of effort in addressing it. At these protests, students had to advocate for change at the college. History is repeating itself and shows a pattern of the administration not truly listening to students’ concerns.

Students are saying that they want more communication and transparency regarding these faculty cuts. Students are also requesting basic information, like the current salaries of administrators — something that The Ithacan has now been requesting for approximately one month. The administration needs to at least engage in conversation with the rest of the campus community to discuss the college’s finances and come up with alternatives to the faculty and staff cuts. Eliminating faculty and staff does not resolve the issue. It only prolongs it.