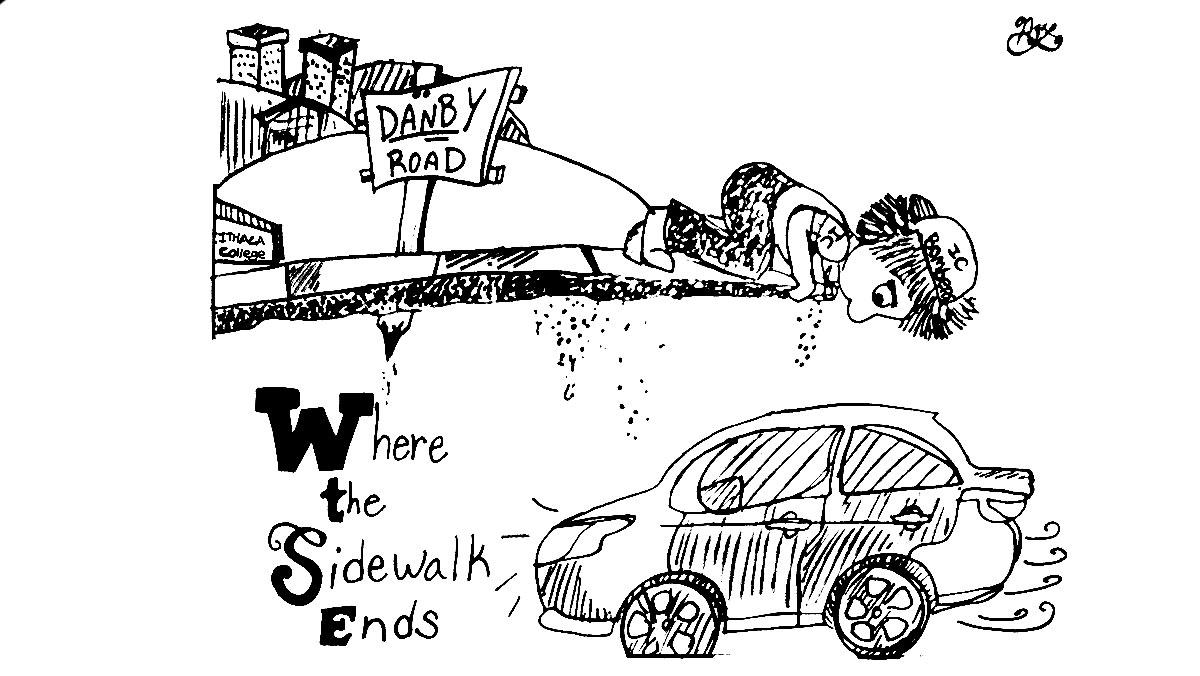 With dangerous winter weather conditions coming weeks after two pedestrian deaths in Ithaca, pedestrian safety is a topic that continues to be discussed. However, this conversation has had no tangible results for those who struggle to traverse Danby Road.

As The Ithacan reported in an article published in January 2014, the college has been involved in conversations with the town, the city, the county and business owners about increased safety on Danby Road since 2010. Five years and two costly studies later, Danby Road remains a treacherous stretch with no sidewalks, one that many people have no choice but to walk on a regular basis.

In November 2012, Charlotte Roberts ’13 organized the Pedestrian Protest, an evening march from the college entrance down Danby Road to the city line. Roberts had been rallying for sidewalks
after a near-accident on New York Route 96B.

The Town of Ithaca must take action. This issue has gone unresolved for too long. The Ithaca-Tompkins County Transportation Council put $95,000 of federal funding to a study for the 2013–14 fiscal year, and in January 2014 the Town Board accepted $76,000 from the New York State Department of Transportation for yet another study.

This cannot be delayed any further. Students have held protests because the danger to their lives is legitimate. Despite the numerous injuries sustained on Danby Road — injuries and
near-accidents which should have inspired action — the roads are still not pedestrian-friendly. Something concrete needs to be done before more people get hurt or killed.