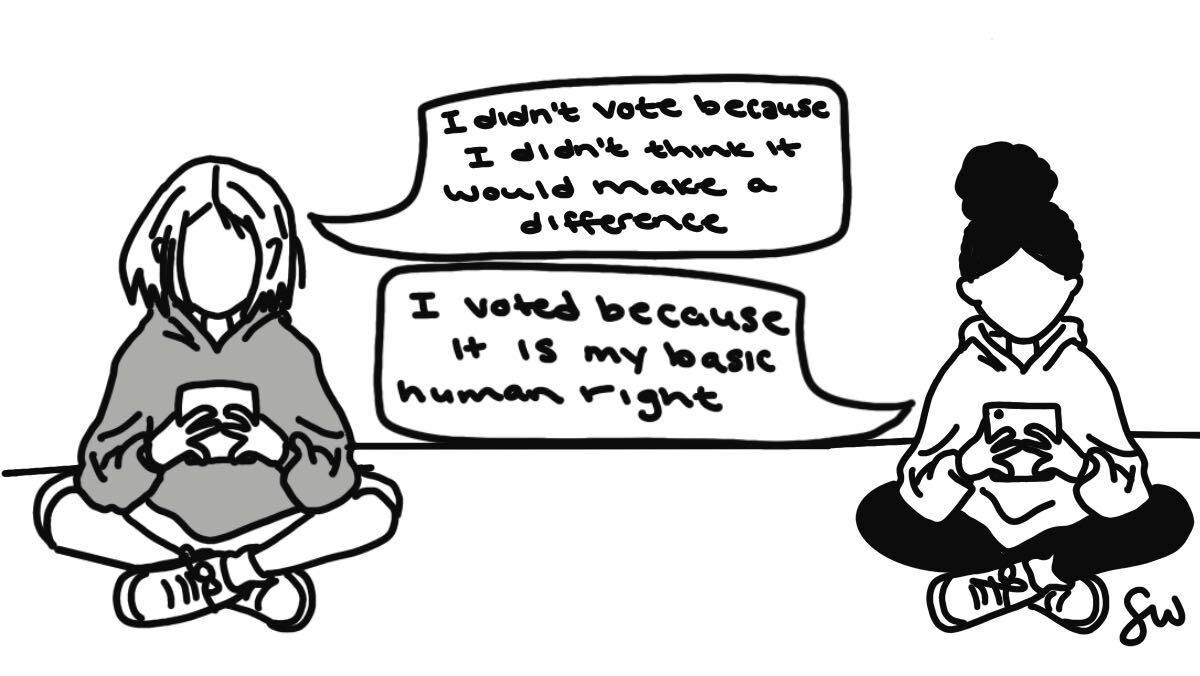 Between the COVID-19 pandemic and racial unrest throughout the United States, it is imperative that young adults exercise their right to vote. This year’s presidential election between President Donald Trump and Democratic presidential nominee Joe Biden could be one of the most important elections in recent history.

Fewer than half of Americans age 18 to 29 voted in the 2016 presidential election, according to The New York Times. Over the years, voting rates at Ithaca College have been increasing, which is a promising trend. Out of the students registered to vote, 41% did so in 2018, compared to 9.7% in 2014, according to a report released by the Tufts University Institute for Democracy and Higher Education with the National Study of Learning, Voting and Engagement (NSLVE).

If students are able and eligible to vote, there is no reason not to. With initiatives like the bills that the Student Governance Council passed to encourage student voting—as well as the credit incentive for students who work at the polls, monitor elections or engage with other election initiatives—the college is making it easier for students to get involved. There is no longer the excuse of having to go to class for not voting.

College students need to be aware that voting is a privilege that not everyone is afforded. Some individuals, like noncitizens and ex-felons, are unable to vote. Students also need to realize that the policies that the president implements will have an impact on their lives, including in the realm of higher education.

There is no denying that both Trump and Biden have their faults. Rather than feeling angry or hopeless about who is running for president, voters need to educate themselves about the candidates’ policies regarding issues that are important to them. This is not the year to throw away a vote, given the precarious nature of the country. Even more, students should take this opportunity to engage in local elections. While the presidential election is important, change happens from the ground up.

During such a contentious election cycle, everyone should be involved. Even if a student does not feel like their vote matters, it does. If systemic change is going to occur, more young adults need to vote.