Free public transportation is a necessity for Ithaca 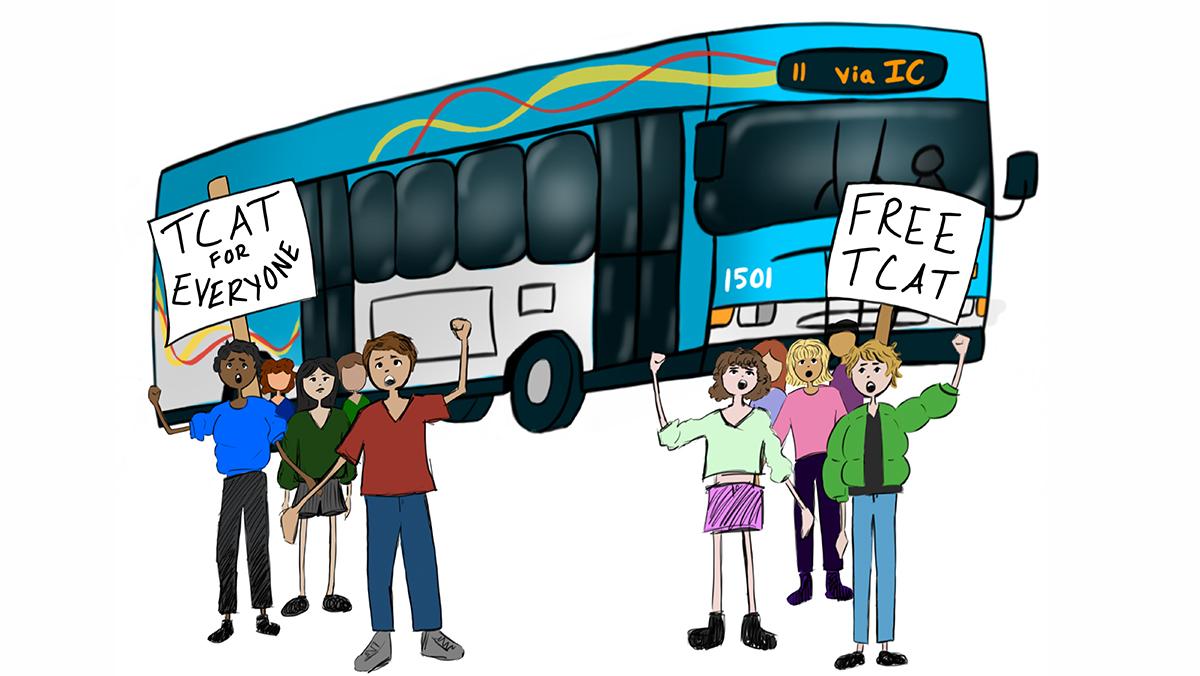 The Tompkins Consolidated Area Transit (TCAT) system has served the Ithaca community since 1996 and has consistently found ways to adapt and upgrade to better serve its people. TCAT was one of the first bus systems in New York to adopt the front-mounted bike rack, and the bus system is on track to power all or near all of its fleet with electricity (currently 14% of the fleet), but it is falling behind other transit systems in one category: free, open and accessible ridership.

Other comparable cities have found success in free transport. In Olympia, Washington, the city government offers their Intercity Transit bus system with zero fare to residents and visitors. Intercity Transit placed high priority on their public transportation, providing it with ample resources, time and infrastructure to enable a zero fare system, creating a thriving downtown environment. Zero fare is feasible.

Scot Vanderpool, general manager of TCAT, seems to be in agreement, but the issue of staffing must be solved first. Staffing the TCAT has been an issue for some time now, and we will never see a free TCAT without adequate staffing. To achieve a satisfactory amount of staff members, TCAT will have to improve working conditions by reducing shift hours and increasing pay, all while maintaining their paid CDL training program for new drivers. This training program greatly reduces the barriers to entry for new drivers to join the team. Now all TCAT needs is to entice those new drivers to apply.

With the Transit Agreement set to expire Oct. 9, something must be done quickly. The current three-way even split model between the City of Ithaca, Cornell University and Tompkins County does not accurately take into account TCAT usage and organization budget. Since, according to Vanderpool, Cornell students, faculty, and staff make up approximately 75% of the TCAT ridership, it is only fair the university fronts a majority of the cost for the service. Even if we fail to reach zero fares, we must reinstate the normal hours of operation for all routes by improving bus operator working conditions. This will be a costly endeavor, but it will protect Ithaca students and residents from walking home past 9 p.m. in the frigid cold of our winters.

Commentary: Free transport is imperative for a thriving Ithaca

We all made the conscious decision to attend this expensive private school. Some students are going into tens of thousands of dollars worth of debt and will pay off loans until they are middle-aged. On the opposite end of the spectrum, other students are forced to search for merit-based scholarships to alleviate their parents’ burden.