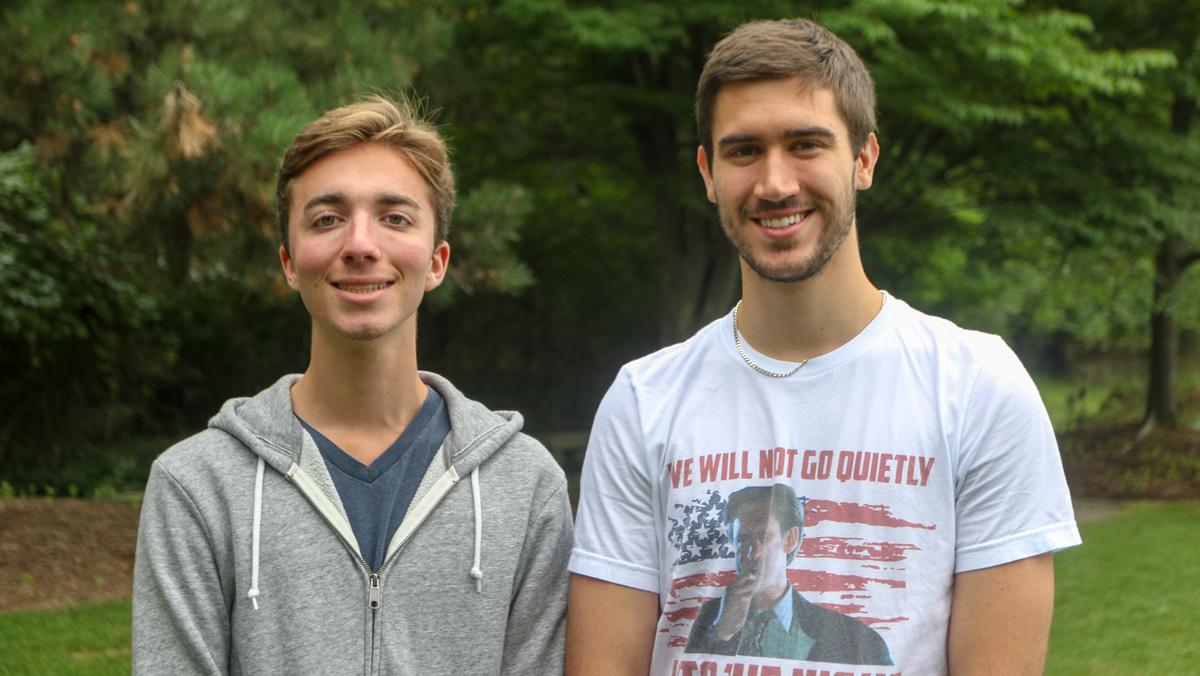 Elias Olsen/The Ithacan
Jake Staffin, Ithaca College Young Americans for Liberty's club ambassador, and Charlie Kane, the organization's president wrote with their editorial board that immigrants should be welcomed into the U.S., and that the hateful and racist rhetorics surrounding them are untruthful.
By IC YAL Executive Board
Published: September 12, 2018

The issue of immigration has recently been brought to the forefront again because of the murder of Mollie Tibbetts, a now-former University of Iowa student.

On that fateful day, Tibbetts went out for a jog and never returned. She was killed by Cristhian Bahena Rivera, who led police to the site of Mollie’s body more than a month after the murder was committed. It is important to call this what it is: a tragedy. There is no room for debate on that. However, the current state of American politics is geared toward political point scoring. It is here that we see Republicans exploiting this national tragedy for political purposes to further their agenda for a more closed immigration system. The morality of this decision is very questionable because most of these immigrants are fleeing their countries for their own safety, but the more questionable element is their facts.

Recently, the Ithaca College Republicans published a statement on Mollie Tibbetts’ death. In their statement, which they used to politicize this national tragedy, they argue that illegal immigrants are constantly committing horrific crimes against the American people. Their press release states, “Mollie is just one of a long list of American citizens who have been slain by the viciousness that is illegal immigration. Illegal immigrants come to our country and have no respect for the rule of law.” Not only is it wrong to use Mollie’s death for political point scoring, but it is also wrong to state false claims.

The goal of this statement was to drum up support for restrictions on immigration. The IC Republicans argue that “The role of government is to protect its citizens and uphold the rule of law, this starts with protecting the border and enforcing a strict immigration policy.” The opposite is actually true, especially economically. Foreign workers contribute heavily to the economic security of our nation. According to the National Academies of Sciences, Engineering and Medicine, “26 million foreigners in the American labor market added some $2 trillion to the American economy last year,” and “High-skilled immigrants contribute disproportionately to innovation, seeking patents at a higher rate than natives.” Immigrants help our society flourish. To restrict them is to restrict our own safety and wealth as a nation.

With these statistics in mind, it seems the more practical solution would be to have a more open borders policy. That is what IC Young Americans for Liberty stands for on immigration. This would allow for the freer mobility of people to better their lives, while also contributing what they can to our society.

While distracted with the tedious intricacies of a national financial disaster, the United States Federal Government fails to acknowledge the presence of an ongoing humanitarian crisis in its own backyard.